Duke Kahanamoku: An Ordinary Man Who Made An Impact 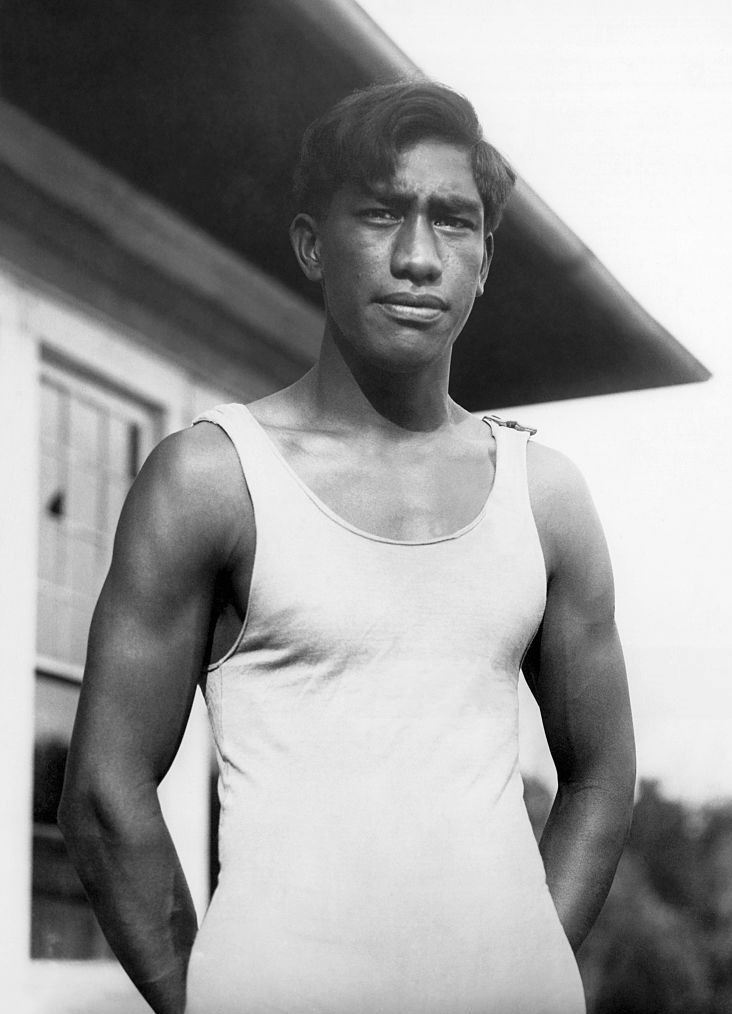 Duke KahanamokuUnknown author / Public domainAs the forty-foot waves crashed onto the sandy beach, a nearby yacht fell down to the ocean's force. A Hawaiian man rushes to his one-hundred-pound surfboard and peers into the raging waters to save the distressed civilians. This man, Duke Kahanamoku, was born in Waikiki, Honolulu. He was a phenomenal swimmer from a young age and was a caring a passionate person. Duke was one of the few pure Hawaiians left, and he was known for saving the Hawaiian culture and preserving its true beliefs.  A true hero possesses courage and selflessness. Duke Kahanamoku shows he's heroic by risking his life in order to save people on a sinking yacht that he didn't know. Also, He helped many though difficult times and showed that an ordinary person can make a massive change.  Duke Kahanamoku possessed courage and selflessness, therefore he is a heroic figure.

Duke Kahanamoku was one of the most influential and important Hawaiians of his time. Duke helped many people in dangerous situations and pushed through other people's negative opinions. In doing so, he continued on with what he truly loved.
Kahanamoku was filled with courage, and for that, he is a hero. Duke, while conversing with friends on the beach, saw a sinking yacht and decided to help. “He and a group of friends saw a boat capsize during a fierce storm off the coast of southern California. Without hesitation, Kahanamoku grabbed his surfboard and, making three trips through violent waves, personally saved eight people in a disaster that claimed seventeen out of twenty-nine lives” (Notable Asian American 10). Kahanamoku and his friends during a fierce storm risked their lives in order to save those that had been put in danger. Even though he could have died in the process of saving the people on the capsized boat, he still went through with his actions. That is what makes him such a courageous hero. He also did many other courageous things, even though they didn't save lives. While Duke was waiting in a restaurant, New York Times states, “As a Hawaiian, he was not immune from racial prejudice. Arriving once with fellow swimmers at a restaurant in Lake Arrowhead, Calif., he was told, "We don't serve Negroes” (New York Times 7).  As Duke walked into this restaurant, they wouldn't serve him because he was not white. Nevertheless, even though he was faced with prejudice, he kept pushing through it and continued doing what he loved, and for that, he possesses courage. He kept doing what he wanted to do, even though people discriminated against him because of his race, and that takes courage. Coupled with these events, Duke faced many challenges and dangerous situations in his life. He was able to overcome them, and this shows he has courage to beat these events. Duke, in his later life, was able to see that he should help others any way he could, even if he didn’t need courage to beat them. 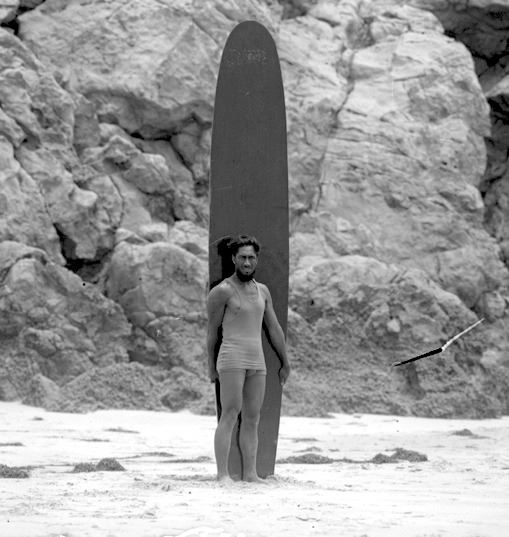 Duke Kahanamoku didn't only have courage, he also helped people through rough times and gave back to the people who needed it. For this, he is a selfless man and this makes him a hero. Encyclopedia of World Biography states, “Kahanamoku trained American Red Cross volunteers in water lifesaving techniques and toured the nation with other American aquatic champions to raise funds for the Red Cross” (Encyclopedia of World Biography 10). Since Duke couldn't swim in the Olympics, he decided to contribute to swimming any way he could. He donated his knowledge to the Red Cross and helped people save lives. Instead of using his time to improve on himself and worry about his needs, he saw the bigger purpose in his technique and ideas and decided to share them to make a difference. He, instead of sitting back and keeping this information to himself, used his knowledge to aid others, and for this he is selfless. Even with this astonishing contribution, Duke still made more huge contributions to the United States. New York Times states, “He never actively trained swimmers, but could be depended on to give pointers to young men and women on how to improve their style” (New York Times 25). Duke, after not able to compete because of his heart, decided to spend his time helping others and not care about his own issues. This makes him selfless because he put others' needs in front of his, and for that, he is a hero. He felt as if people's issues were more important than his, which is the definition of being selfless. In conclusion, Duke is a selfless person and devoted himself to helping people in need and helping people grow as humans. Because of this, he is a deserving hero.

Kahanamoku was a courageous and a selfless man in his time. He was a surfer and an Olympic swimmer, and was filled with courage and ambition. He was born in the middle of the ocean and still was able to make a positive change and is a symbol to many that ordinary people, just like him, can make a positive change in the world. He inspired many to make a change and helped people realize that their issues aren't as important as they may seem, and they should strive to make others' issues their own. In the end, Duke helped many change the world with his positive attitude and good spirit. He helped many through difficult times and cared more about the people he loved rather than taking care of himself and his needs. In conclusion, he was one of the purest people of his time, and should always be remembered as a true hero.

Duke Kahanamoku - talks about Dukes Olympic career and his achievements in life
Kahanamoku, Duke - What his early life waws, his history in surfing, and the timeline of his life