Edmonia Lewis was the first African American and Native American woman to gain fame and recognition as a sculptor. At a time in America when slaves were just freed, she found inspiration in the lives of abolitionists and Civil War heroes. In a world which didn’t encourage women of color, through incredible determination and sense of purpose, Edmonia Lewis created great art and received world acclaim.

Little is known about her early life. She was born sometime around 1845, probably in upstate New York. Her father was African American and her mother was part American Indian, either Chippewa or Ojibwa. Edmonia was orphaned early in life and it is believed that she lived a nomadic life with her mother's tribe. A successful brother is credited with getting Edmonia into Oberlin College, the first to admit women and African Americans. Here she discovered her talent for drawing.

She moved to Boston in 1863 and studied with the neoclassical sculptor Edward Brackett. Her early work commemorated abolitionists and heroes of the Civil War, such as the medallions she created to honor abolitionist martyr John Brown. She also made a bust of Col. Robert Shaw, leader of an all-Negro regiment, and sold hundreds of plaster copies to raise funds for underpaid black Union soldiers. Her marble statue, Forever Free, depicting a freed black man and woman, became one of her most famous, and was displayed at the Howard University Gallery of Art in Washington, D.C.

After the Civil War, Edmonia Lewis moved to Italy. Because of the abundance of marble and the skilled stonecutters, many American sculptors were attracted to Rome, including many women. In the beginning, Lewis cut her own marble, both to save money and to avoid having people give credit for her work to local stonecutters. She became friends with the famous artists and writers living in Rome at that time, including Nathaniel Hawthorne, Henry Wadsworth Longfellow and Harriet Beecher Stowe. Lewis became one of the predominant sculptors in Rome. Her work sold for large sums, she won high commissions and her studio became a fashionable place for tourists to visit.

Lewis was climbing the ladder to fame, and hit the top when she created The Death of Cleopatra in 1876. It was a two-ton sculpture, which was presented at the Philadelphia Centennial Exposition and later at Chicago. Unable to afford transporting the sculpture back to Italy, Lewis put it in storage. Eventually the beautiful sculpture ended up in a Chicago saloon, then later was used to mark the grave of a racehorse named Cleopatra. Abandoned, mistreated, and vandalized over the years, the piece was found by the Historical Society of Forest Park, identified and restored by the National Museum of American Art at the Smithsonian in the late 1980s.

Facts about Edmonia Lewis’ later life are unknown. She was reported living in Rome in 1911, but no one knows when or where she died. Edmonia Lewis is a perfect example of a black woman working against the restrictions of her time to create a place for her sculptures and herself in the world.

Click here to listen to the Edmonia Lewis story 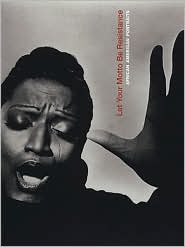