by Sean Tran from San Diego, California in United States 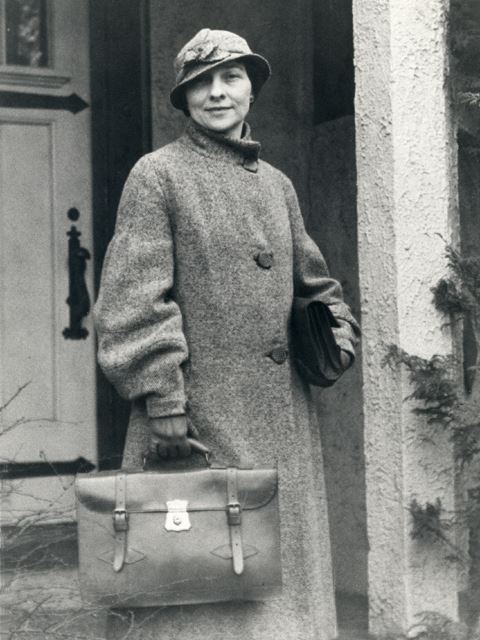 Elizebeth Friedmanhttps://commons.wikimedia.org/wiki/Category:Elizebeth_Smith_Friedman#/media/File:Elizebeth-Friedman.jpg“A hero is an ordinary individual who finds the strength to persevere and endure in spite of overwhelming obstacles” ( Christopher Reeves). Christopher Reeves was the actor who played Superman and was later victim to paralysis. When Reeves was asked, “What is a hero?” he replied, “My answer was that a hero is someone who commits a courageous action without considering the consequences. Now my definition is completely different.” Moreover, a number of traits can be added to this definition. A hero is a person who is ambitious and exceeds expectations, but is humble. A hero does not need to save a million people; he or she just needs to be selfless and willing to give up some of his or her own resources for the care of others. Heroism can be presented through the life of a volunteer doctor in a third world country, a single mother working two jobs to support her family, or a counselor who spends his or her own time helping out troubled youths. A hero engages in actions that are not required but do so for the well-being of others. The actions of a person make them a hero no matter who they are. A person who is willing to sacrifice their resources and persevere through the adversity to aid the planet and its children can be defined as hero. The definition of a hero is exemplified by one who is willing to go beyond what is expected of them to help others from the goodness of their heart.

A small-town girl, born on a farm in Huntington, Illinois, sat by her desk reading for hours, to just pass the time, unaware of what passion she was cooking for the future. Her name, Elizebeth; the spelling of the name, chosen by her mother, was unique and different. Growing up, Elizebeth was only required to get an education. When she finished her schooling, she looked for a job at the library, where she met Colonel Fabyan, a wealthy, controlling businessman.They talked about the mysterious Shakespeare and his unique way of writing. He invited her to work on his paradise of an estate to decipher Shakespeare's work. When World War II came around, the United States military hired her to decipher codes used by the Nazis. She became a pioneer to this new field of invisible warfare. Her contributions helped lead the United States to victory. After the war, she joined the Coast Guard and protected the nation from smugglers and criminals who used secret codes during Prohibition. Sadly, her many contributions would go into the void as the powerful men in her life took away the fame; but this did not stop her from protecting the nation. Her tenacity and selflessness to ignore fame in exchange for the security of the nation give motivation to those who feel suppressed by an invisible barrier. Elizebeth Friedman was a strong woman who pushed the barrier of sexism and sacrifice of fame to make contributions to her country, defines her as a hero.

Through her ambition, Friedman exceeded expectations and helped change people’s perceptions about women and their abilities. Many women in her time were expected to do nothing significant. She however, “ led the cryptanalytic effort against international smuggling and drug-running radio and encoded messages... the extent of sophistication seemed to pose no problem for Mrs. Friedman; she still mounted successful attacks against both the simple substitutions and transpositions and the more complex enciphered codes which eventually came into use… she solved over 12,000 rum-runners' messages” (National Security Agency). She spent many years of her life devoted to her work and expended a lot of mental energy to decipher the messages. Her determination to solve the ciphers in an era that females were not expected to do anything significant makes her a hero.  She persevered and carried on with her goal no matter what the others thought. Before her death, she put together an archive of her life’s work and which modern technology allows us to uncover what was kept away many decades ago, today, “women went looking for Elizebeth's ghost, and because her ghost was making noise in the archives” (Fagone 339). She archived her works for future generations to learn. This allows women to access all her archives and get inspired to do great things like she once did and sets an example for future generations. Elizebeth Friedman was a woman who ignored gender norms and did what she believed in rising above all expectations of a woman. 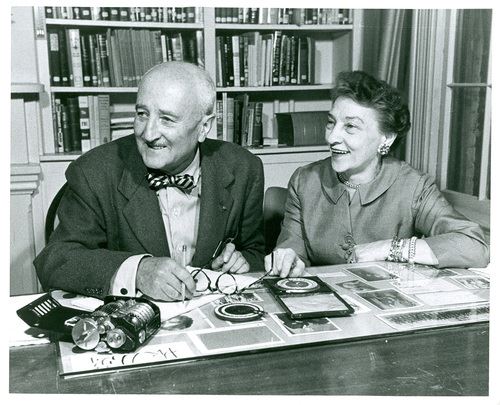 Elizebeth and William Friedmanhttps://commons.wikimedia.org/wiki/Category:Elizebeth_Smith_Friedman#/media/File:William_F._Friedman_and_Elizebeth_Smith_Friedman_-_National_Cryptologic_Museum_-_DSC07696.JPGElizebeth Friedman exhibited selflessness by sacrificing her personal life for the welfare of the nation despite not getting proper recognition. As a woman, she was used more as a tool rather than an asset. When the war was over and the FBI talked about its role in the war effort, ¨ After the war, Hoover stuck up his hand and said to the American public: The F.B.I. saved you from this dangerous Nazi spy invasion, and we'll accept the honors now. And Elizebeth wasn't able to talk about what she did, because all of her records were top secret and classified ̈ (Williams).  She allowed the FBI to take credit for her work in solving ciphers in South America and did not think about getting any fame. She did her work for the good of the nation, not for her own selfish ego. She persevered through the neglect of recognition because what fueled her passion was her will to protect the nation. When she was called upon to present her case in front of the jury and many convicted gang leaders she caught in the courtroom, she wrote in her journal, “ ‘I pack my bag,’ she wrote, ‘and hug my children a good-by which is to last a week or a month … board a train with a prayer… the new fields will be not be impossible  conquests…’ “ (pg 143). She risked becoming a target of the gangs because it was the only option to bring the criminals to justice. She rose up to the danger of the courtroom head on without a second thought and acknowledged the risk of danger in order to protect the nation. Her devotion and selflessness to put her duty before her life makes her a hero.

Despite facing discrimination for her sex, Elizebeth Friedman’s love and will to secretly protect the nation allowed her to break barriers and rise above her gender expectations. Elizebeth Friedman was a hero from behind the scenes by persevering through the sexism barrier and helping protect America from external and internal enemies. Elizebeth Friedman inspires the youth to do good things for others, even if they don’t get rewarded. Elizebeth Friedman is an inspiration for those who feel that they cannot reach their full potential because of societal barriers. She showed that a woman, in a time where men ruled the world, could make such a great impact as winning a war. Let her story inspire women around the world who feel blocked by a canopy of men’s power to push for freedom to do great things. She was an individual who found the strength from inside her to demolish all barriers put forth to her to become America’s first female cryptologist and one of its many secret heroes.

Fagone, Jason. The Woman Who Smashed Codes: a True Story of Love, Spies, and the Unlikely Heroine Who Outwitted America's Enemies. Dey St., an Imprint of William Morrow, 2018.