by Robin Venter - MY HERO Intern - from Laguna Beach, California 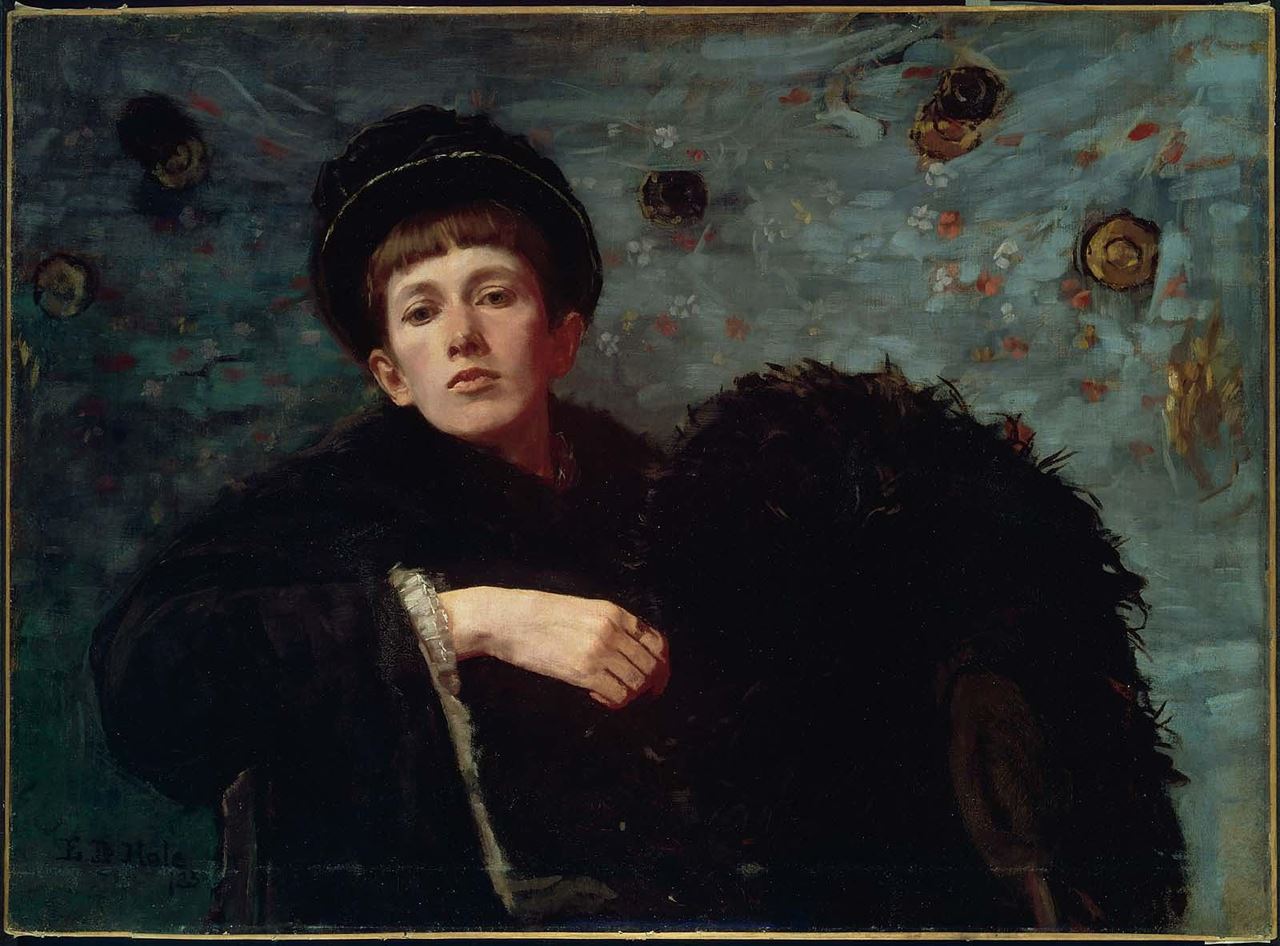 Self Portrait. Ellen Day Hale, 1885.With permission from the Museum of Fine Arts BostonEllen Day Hale was an American impressionist painter born in 1855. She grew up in a family of successful women, including Harriet Beecher Stowe (the author of Uncle Tom’s Cabin), who served as role models for the artist in her youth. Hale was encouraged to pursue her artistic interests by her mother and her aunt, who was suspected to be her first art teacher. She attended school at the Pennsylvania Academy of Fine Arts and took private lessons with instructors. At the time, art education was still separated by gender and many institutions would not take on female students. Luckily, there were some educational opportunities for women in the form of newly opened women’s schools and private lessons.

After her art education in America, Hale studied in Paris at the Academie Julian, which was the most prestigious art school that accepted female students. It was in Paris that the artist perfected her skill as a figure painter. Her self portrait was created in 1884 at the age of 29, after she had attended the Academie Julian for the first time. In her portrait, she meets the viewer's gaze with confidence and indifference. The unconventional composition of the portrait (her hand being front and center), her forward facing gaze, her fashionable hairstyle (which connoted promiscuity), and the lack of a more feminine delicacy in the hand and face were all incredibly bold choices that the artist made to break traditional conventions. The way in which she painted is reminiscent of the painter Edouard Manet, who Hale admired.

In response to the portrait, her instructor William Adolphe Bouguereau criticized how she painted her hand, claiming it was too masculine, and pressured her to make it more “feminine.” Hale refused to change her portrait just so it would fit into conventional standards of beauty in French academic painting, and it remained how she intended it. When the painting was shown in Boston, one critic commented that the artist had “a man’s strength in the treatment and handling of her subjects.” In Hale’s day, this statement was meant to compliment her prowess as a painter.

Hale never married, but she spent her life with her friend and companion Gabrielle de Veaux Clements, who was another artist. The artists’ relationship was referred to as a “Boston Marriage," where two unmarried, financially independent women lived together, usually in a romantic sense. While she exhibited some of her work, Hale did not receive critical acclaim during her lifetime, but she continued to make art for the rest of her life.

In a world filled with obstacles for women artists, Ellen Day Hale conquered difficulties and stood as an inspiration for future female painters. She taught a younger generation of women painters and hosted informal discussions about the art world that women could participate in and share their ideas. She left a legacy of hope and encouragement for young aspiring women artists.