by Wyatt Smith from San Diego, California in United States 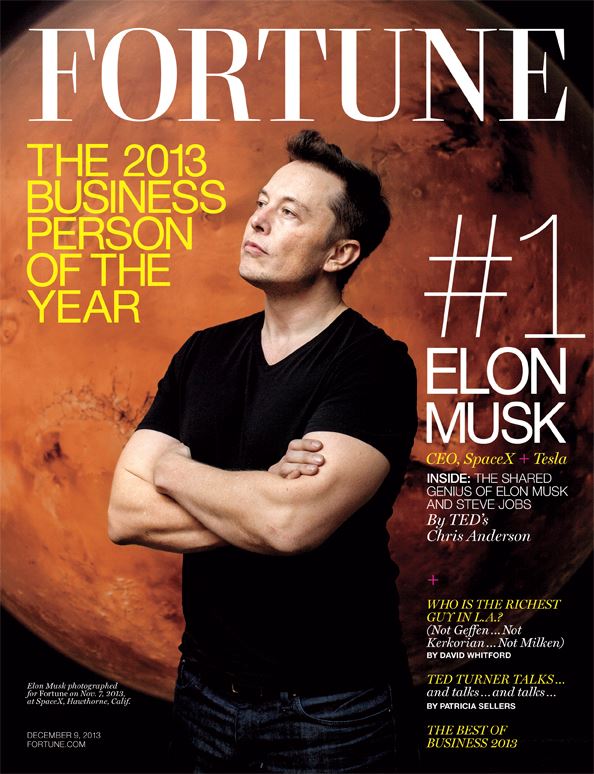 Musk was named Business Person of the YearFortuneImagine making 500 dollars as a 12 year old. That is what Elon Musk accomplished by making his own video game and that was just a preview of what was to come (Ashcraft, Brian). At age 12 he had a good idea and coming up with one good idea is hard enough, but coming up with as many as Elon Musk did is unheard of. Musk is a South African born entrepreneur who was born on June 28, 1971 ("Elon Musk." Newsmakers). Errol Musk, his father, was an engineer with real estate interests and his mother, Maye Musk, was a Canadian model and dietician ("Elon Musk." Newsmakers, vol. 2, Gale). Musk however, is the CEO of Tesla, founder and CEO of Spacex, creator of the Hyperloop, which is still in progress, and creator of x.com which he sold and it eventually became PayPal (Elon Musk.” Biography.com, A&E Networks Television). Musk has won several awards including the FAI Gold Space Medal for being the first to launch a privately owned rocket and release a commercial satellite into space (“FAI Awards.”). He was also named 'Fortune' magazine's 'Businessperson of the Year' in 2013 and in 2016 was ranked 21st on the Forbes list of The World's Most Powerful People (Who Is Elon Musk) . Musk is continuously attempting to change the world in different ways, ranging from colonizing Mars, to saving the earth from the use of gas. A hero must possess creativity to come up with ways to help these problems, and commitment to actually change the world in the way they imagined. Elon Musk, a South African born inventor, uses his creativity to develop life changing ideas and his commitment to help change the world with technological advancements and attempting to protect the environment (“Elon Musk.” Biography.com,) . 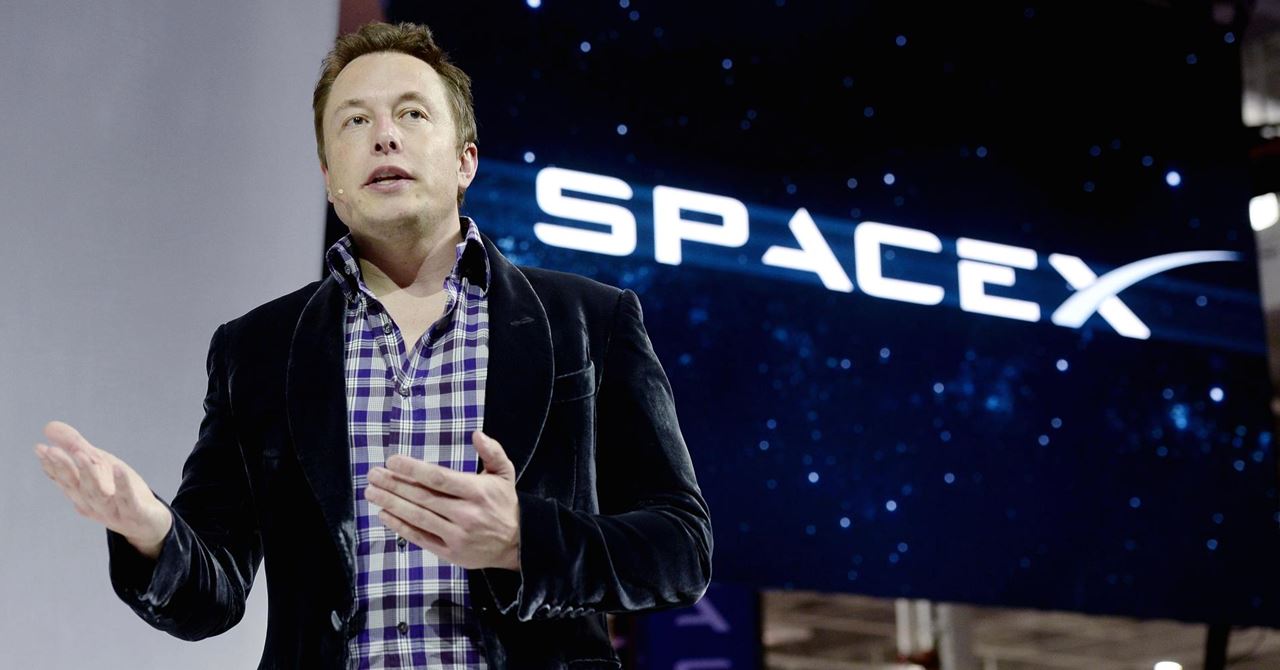 Musk talking about ideas with SpacexGetty ImagesElon Musk’s creativeness and ability to come up with new ideas has caused him to change the world and inspire others. Musk’s creativity has been demonstrated in his actions and him constantly coming up with new companies or new ideas for his current companies.“...Musk announced plans to send human astronauts to Mars within six years. Musk also unveiled a detailed plan for establishing a large-scale permanent human settlement on Mars that he believes will be feasible within forty to one hundred years (SpaceX).” This shows how creative Elon is. Many people have not even thought about colonizing another planet, but Musk not only thought if it was possible, he thought that we could do it in about 40-100 years (SpaceX) . He uses his creativity to come up with fascinating ideas and he plans how to accomplish the goal. Musk is only 46 years old so there could still be a lot of major developments involving him in the near future. As this quote shows, he came up with an idea that some may call crazy, but can change humanity forever if it works. Just the idea of colonizing mars could lead to endless possibilities. Musk could get it to work and people could live on Mars, it could help space exploration, and it could even lead to trying to colonize other planets. Just moving to a different state or country can change someone's life, but moving to a different planet would forever change history. Musk’s major ideas, like colonizing Mars, have set him apart from most other entrepreneurs and this is all explained by a man named Andrew Clark when he wrote, “Most technology entrepreneurs set themselves small challenges — create an app to smooth your grocery shopping, or a social network to meet like-minded people. Musk, though, thinks big. His companies are built to replace the internal combustion engine, to make humans interplanetary and to solve global warming”(Andrew, Clark). This quote is important because it explains what regular entrepreneurs create and where their minds are at. It says most entrepreneurs try to make an app or a social network and some of those are pretty creative, but then there is Elon Musk who is worrying about the big things in life. Like this quote says, his companies are built to solve global warming or replace the internal combustion engine which is not a small task. Musk’s creativity is way ahead of probably 99% of the people on earth. People have thought for years on how to help global warming or how to be able to live on another planet, but Musk already has ideas. He does not think small, many of his ideas have the potential to change the world and many of them most likely will if they have not already. Just for an ad for his car company, Tesla, he launched a Tesla Roadster into space, on one of his own rockets, with a mannequin in the car (Chayka, Kyle). This is not going to change the world, but it demonstrates how creative Musk really is. Overall, Musk has a one of a kind mind and he uses it in the right ways by trying to help the world and make significant changes. 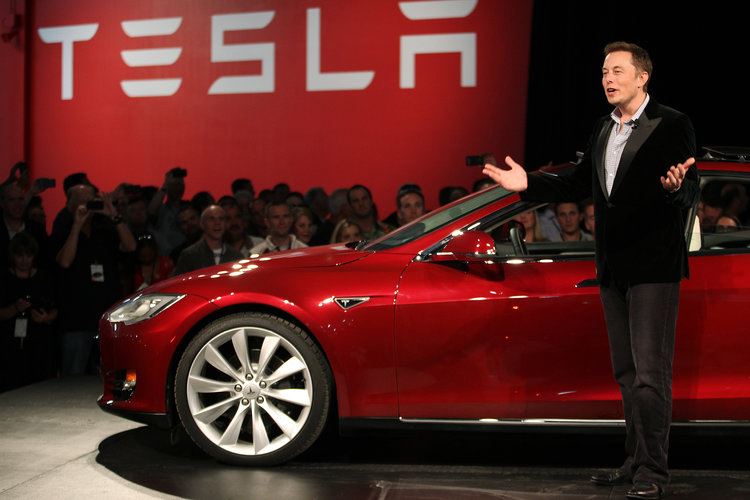 Musk speaking about TeslaREUTERS/Stephen LamElon Musk’s commitment to his work is very special and one of the other main reasons he is so successful. Commitment can be shown in different ways, but Musk makes his commitment clear by giving things up to try and advance. He takes one step back in order to take 3 steps forward. “My proceeds from Paypal were $180m. I put $100m in SpaceX, $70m in Tesla and $10m in Solar City. I had to borrow money for rent (Anton, Emil.).” This is significant because he made a lot of money from one of  his ideas, but he had so many more ideas that he wanted to turn into reality, so he used his own money to help start them up. He could have easily bought a huge house and retired, but instead he paid $180 million on his ideas and he did not even know if they would turn out well (Anton, Emil.) . He took a chance and stayed committed which ended up working out for the better. If it weren't for this level of commitment everything he has done may have never happened. If you are really trying to change the world like he is, this commitment is probably needed, but that is why not many people can change the world because having this much commitment is rare. Giving up any amount of money can be hard, but so is giving up your education to go for something that might not even work out. “He enrolled in graduate school in physics at Stanford University in California, but he left after only two days because he felt that the Internet had much more potential to change society than work in physics (Gregersen, Erik).” Elon musk got into graduate school at Stanford University which is a prestige school that many people would die to go to. Elon however, was so committed to his ideas he just left. He was confident in himself and committed to his ideas where he persuaded himself to leave and many could say it turned out for the better (Gregersen, Erik). Elon left Stanford because of his commitment to changing the world. A hero always needs to stay committed to what they are doing and Musk showed his commitment with this act of leaving Stanford. Musk makes big and small sacrifices for his projects and the level of his commitment is shown between these two acts. 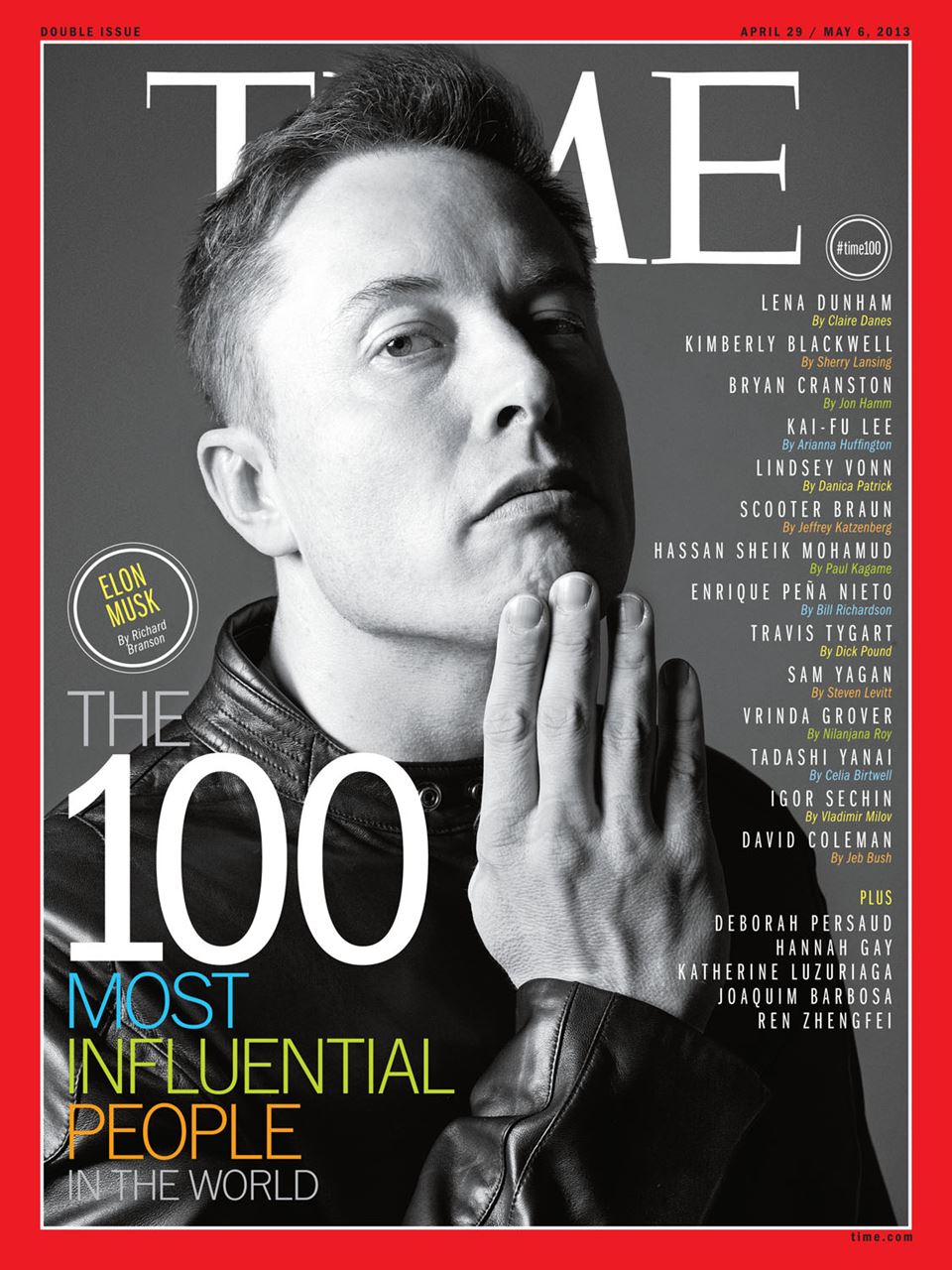 Musk was on the cover of the top 100 Most Influential People in the WorldTime Musk’s creativity and commitment to his projects and ideas is the reason he has made such an impact on the world through technological advancements and life changing ideas. Musk is always coming up with complex ideas. While most entrepreneurs are making apps, Musk is out there changing the world for the better. He has given up so much for where he is today, but he has also been blessed with an incredible mind. However, you cannot be born with commitment, that is something Musk has adopted. Because of things like that Elon Musk is an inspiration to me. For example, I am into space and cars, and I want to run my own business when I am older. He has his own car company and space company which is a mix of most of the things I enjoy. It is not only because we have things in common that he inspires me, he has done many things that can inspire anyone in the world. For instance, SpaceX had a series of rocket failure, but Elon continued to work hard and that same year he made history. Failure can ruin people and cause them to give up, but not Musk. Him coming back from failure and becoming so successful shows me and others to not give up ("SpaceX." Gale).  Also, Musk knew what was right for him in the long run and he left his country because he did not want to be apart of what they were doing and what they supported. He went on his own and still made billions of dollars which inspires me to leave situations I believe are negative. (Gregersen, Erik). Likewise, Elon Musk went after what he wanted even though it was something big. The businesses he went after have become very successful and it shows to just go after what you want. Things may be complicated and hard, but if you work enough for it, the sky's the limit (Andrew, Clark). Musk also came into Tesla as a huge investor and wanted to take a role in the company, so he did. Even though the company was not technically his, he managed the design of the Tesla Roadster and showed he is a true leader (Dodds, Colin). Musk is not only an inspiration, he is someone to look up to. He has gone after what he wants, he overcame failure, and now he is one of the most successful people on this earth. Musk used a lot of his own money on his projects which shows he is not doing things only for the money. He wants to change the world in a positive way. Elon will be talked about way after his time as one of the best ever.

“Who Is Elon Musk? Everything You Need to Know.” Childhood, Life Achievements & Timeline, The Famous People,