by David Nielsen from San Diego, California in United States

"When something is important enough, you do it even if the odds are not in your favor"

"There have to be reasons that you get up in the morning and you want to live. Why do you want to live? What's the point? What inspires you? What do you love about the future? If the future does not include being out there among the stars and being a multi-planet species, I find that incredibly depressing" 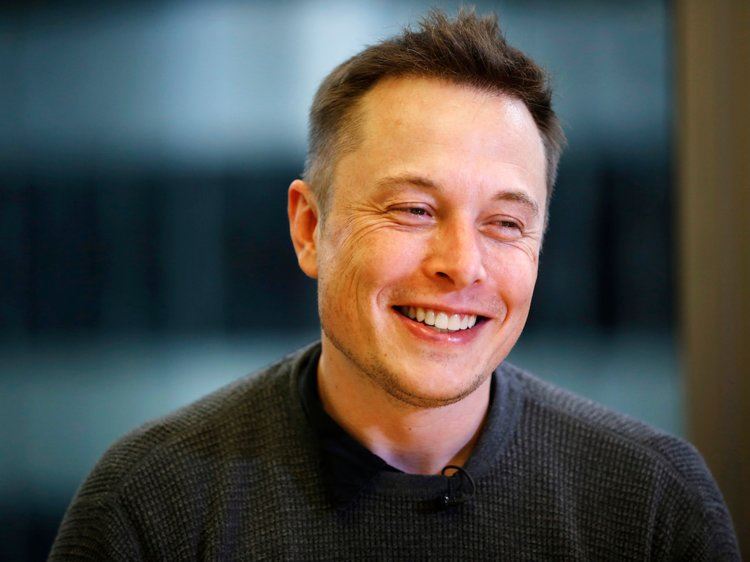 Elon Muskbusinessinsider.comThe last touchdown of space shuttle Atlantis in July 2011 marked the end of the shuttle era, and the world’s leader in science and technology no longer had a way to transport man to space. Elon Musk sought to change that with his ambitious plans for SpaceX, a company with a goal to colonize Mars and make humanity a multiplanetary species. Born in South Africa in 1971, Musk wanted to be an entrepreneur since he was young. His first plan was to open an arcade with his brother when he was 13, but unfortunately, their parents would not let them. Musk later moved to the Americas to study, and then dropped out of Stanford University to seize the opportunity that was online banking. Musk started X.com, which is now known as PayPal and was sold to eBay for $1.5 billion in 2002. With his share of $180 million, Musk wanted to send a greenhouse to Mars with plants in an effort to rekindle the public’s interest in space travel and raise NASA’s budget. But, realizing that there were no rockets cheap enough to do that, he created SpaceX to cut the cost of space travel. He also created Tesla with a goal to popularize electric vehicles and green transportation, and now they are both companies that have revolutionized their industries and have made Musk worth over $20 billion. A hero must be hard-working and willing to take risks, even when the odds are not favorable. Elon Musk’s achievements in the space and car industry during a time where innovation was stagnant and stakes were high were made possible by his hard work ethic and willingness to take risks, which are traits of a modern hero. 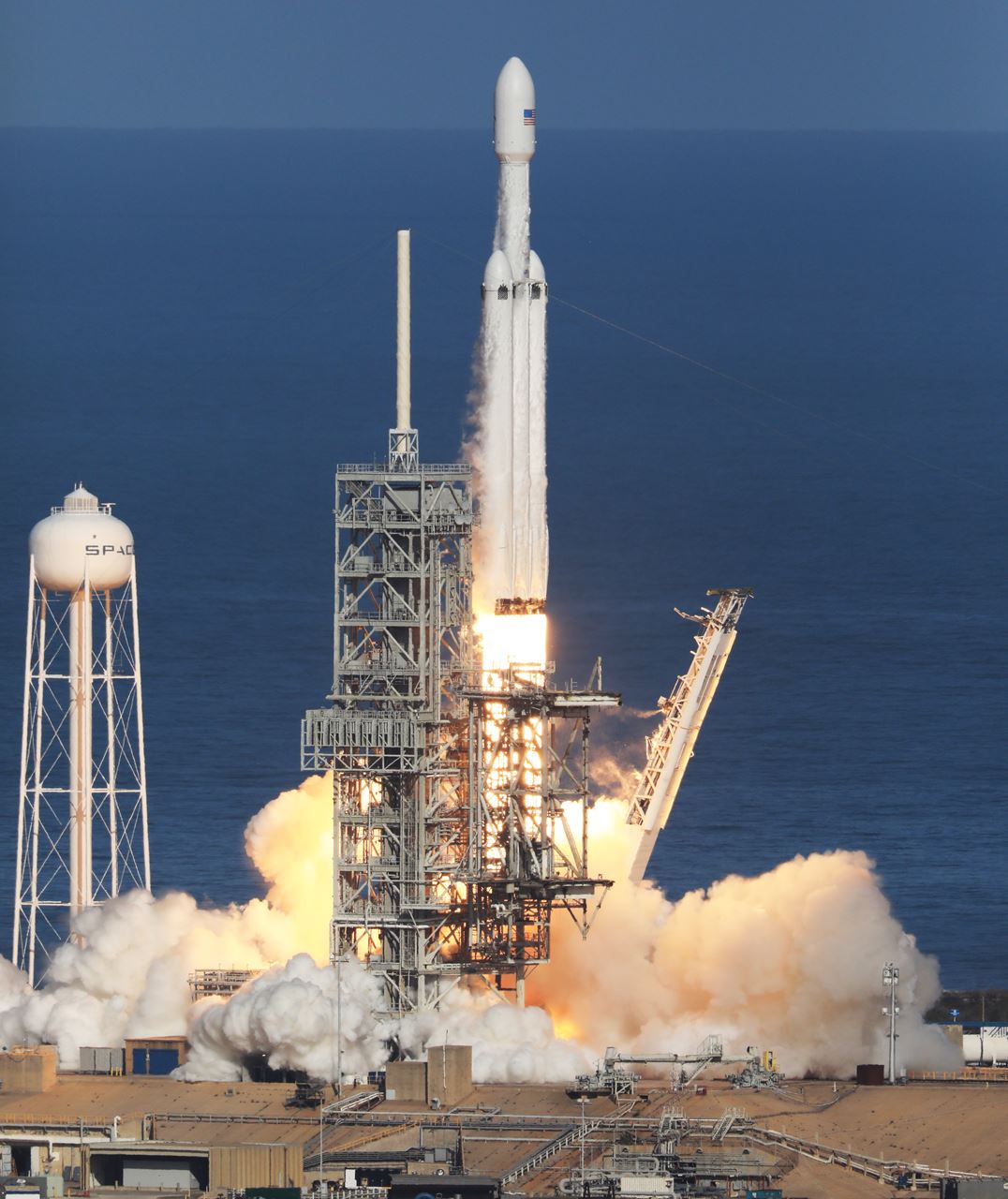 Falcon Heavy Liftoff at Cape CanaveralNASAThe success of Tesla and SpaceX to revolutionize their industry are due to Musk’s hard work and effort into what he thought had to be done for a better future, and to ensure the survival of humanity for generations to come. To achieve this goal, Musk thought that humans must become multiplanetary to avoid a catastrophic extinction event. Mars is the first obvious choice in our solar system, so SpaceX’s first goal is to colonize Mars. Finding engineers of the right standard to work on his rocket was an early hurdle: “Mr Musk said he had to be the chief engineer for the Falcon 1 because he couldn't get any other suitable candidates to join the company, and he didn't want to risk his venture on engineers he felt weren't of the right standard” (“Elon Musk: SpaceX and Tesla”). When it came to designing his rocket, Elon Musk was not afraid to work on it himself. Unlike many other CEOs, he is still the lead designer for his products and is actively involved in designing them, spending 80% of his working time doing engineering and design for his companies. Tesla was also something Musk thought humanity needed, as electric vehicles were rare and had mediocre performance while global warming problems were projected to get worse. His new Tesla Model 3, a cheap electric vehicle for the masses, was running into some issues in late 2017, and when trying to sort out production kinks “he's taken to pulling all-nighters and sleeping on the company floor” (Umoh). Musk believes in his products and is so dedicated to making them a success that he sacrifices a lot of time at home with his family and spends it to work. Many other business owners don’t even spend time designing and working on their products, let alone sleeping on the company floor to stay longer and fix production problems. Musk always puts hard work and effort into what he thinks needs to be done, no matter the time or money commitment needed. 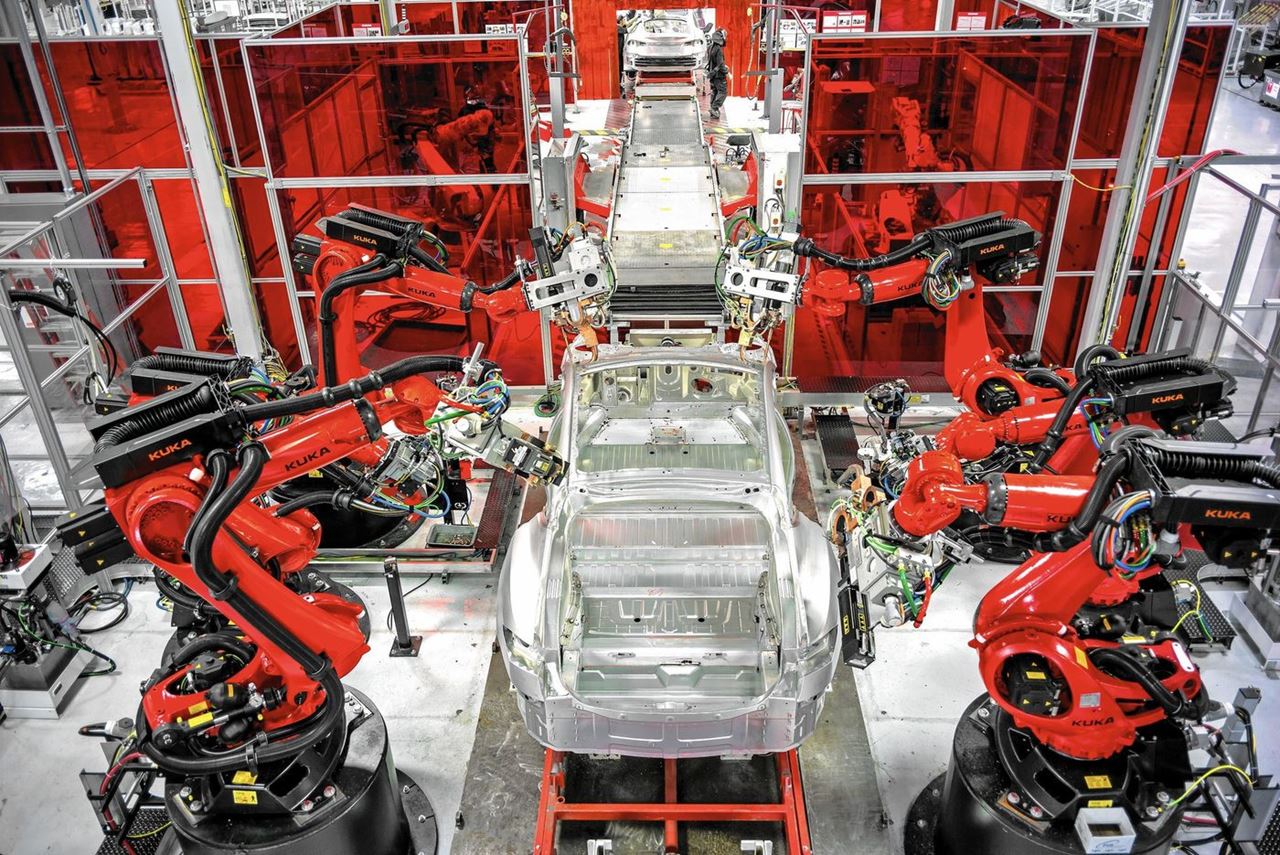 Inside the Tesla Factory in Hawthorne, CAlatimes.comSpaceX and Tesla, now very successful companies, would not have been possible if it were not for the numerous risks Musk took to keep them both alive. Despite his success now, Musk did not expect his companies to survive, and in 2008 both of them were very close to going bankrupt. Musk “gave basically both SpaceX and Tesla from the beginning probably less than 10% of [being] likely to succeed” (Della Cava). Risking his newly earned fortune, Musk eventually poured over $100 million into funding Space Exploration Technologies, known as SpaceX, and he did not allow any other investors to invest (“Elon Musk”, Newsmakers). He even said, “I wouldn't even let my own friends invest as I didn't want to lose their money” (“Elon Musk: SpaceX and Tesla”). Musk started the company because it was something that he thought needed to be done no matter the risk because it was just too important to not do. Many others in his position would probably choose to keep their new fortune instead of spending the majority of it in less than a year for a noble cause. Musk’s risks with his personal fortune eventually paid off, but not just to himself. NASA has started a contract to resupply the International Space Station for cheaper, and various telecommunications companies have used SpaceX’s cost-effective launch services. When describing 2008, the year Tesla almost went bankrupt and SpaceX’s Falcon 1 rocket failed for the third time in a row, Musk said he had a hard decision to make with his remaining funds: "I could put it all into one company, and the other company would definitely die, or if I split it into both SpaceX and Tesla, then they both might die" (“Elon Musk: SpaceX and Tesla”). Musk eventually decided to split the money up, but Tesla barely survived. Daimler, another auto company low on cash at the time, invested $50 million and Tesla was able to close their financing found on the last hour possible on Christmas Eve, 2008. Not many others would continue to take these risks to keep their companies afloat. Not once did Musk consider saving his money and giving up, saying in an interview that he would have to be dead or completely incapacitated to give up (“The Man Behind SpaceX”). Risks like these are why Elon Musk has found success in industries that are already well established. 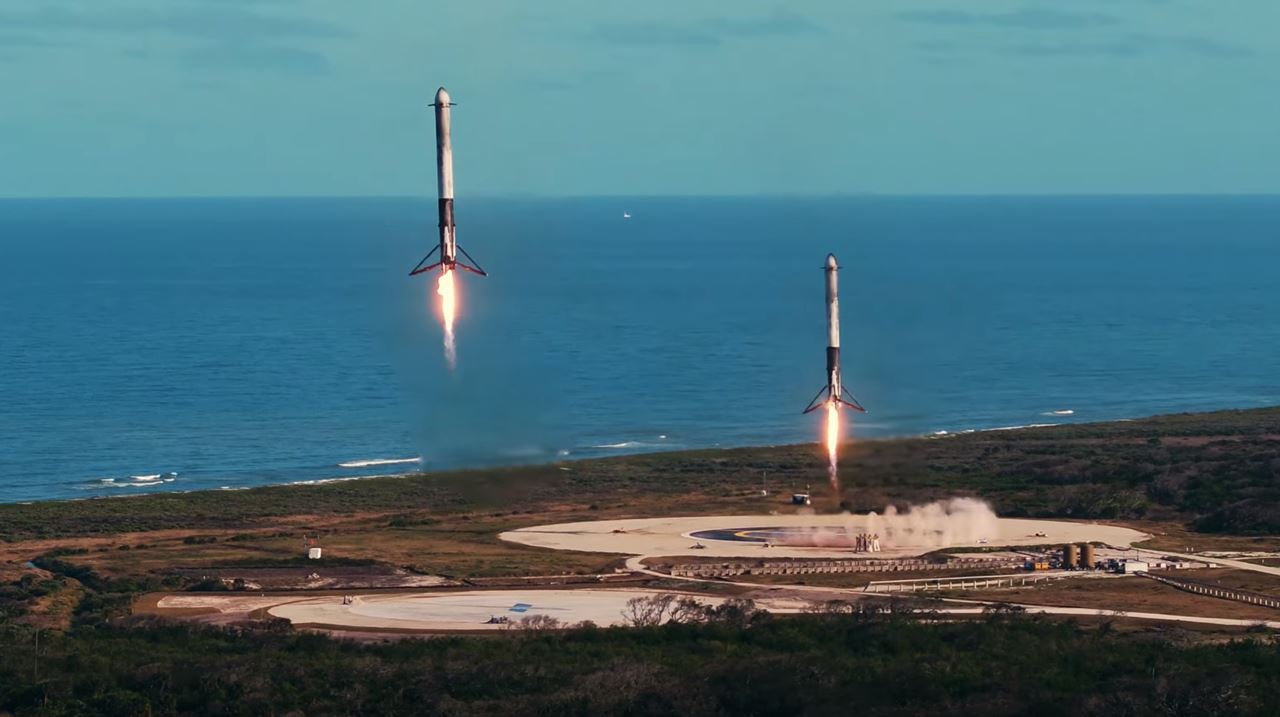 Simultaneous Falcon Heavy Booster Landingsdailyenterpriser.comElon Musk’s achievements were possible because of his work ethic and attitude toward risks. About work ethic, he says, “If other people are putting in 40 hour workweeks and you’re putting in 100 hour workweeks, […] you know that you will achieve in four months what it takes them a year to achieve” (“The Man Behind SpaceX”). If he was not as hard a worker, or, if he did not take as many risks, then he might have never been able to compete against other online banking companies with PayPal, and Tesla and SpaceX would almost certainly be failures. Musk’s decision to continue despite the odds should serve as an inspiration to those who wish to achieve because risks must be taken for change to happen. A new era of space travel might be upon us soon marked by humanity landing on Mars, and it will probably be paved by someone following his example to work hard and take risks.