by Jett Kim from San Diego 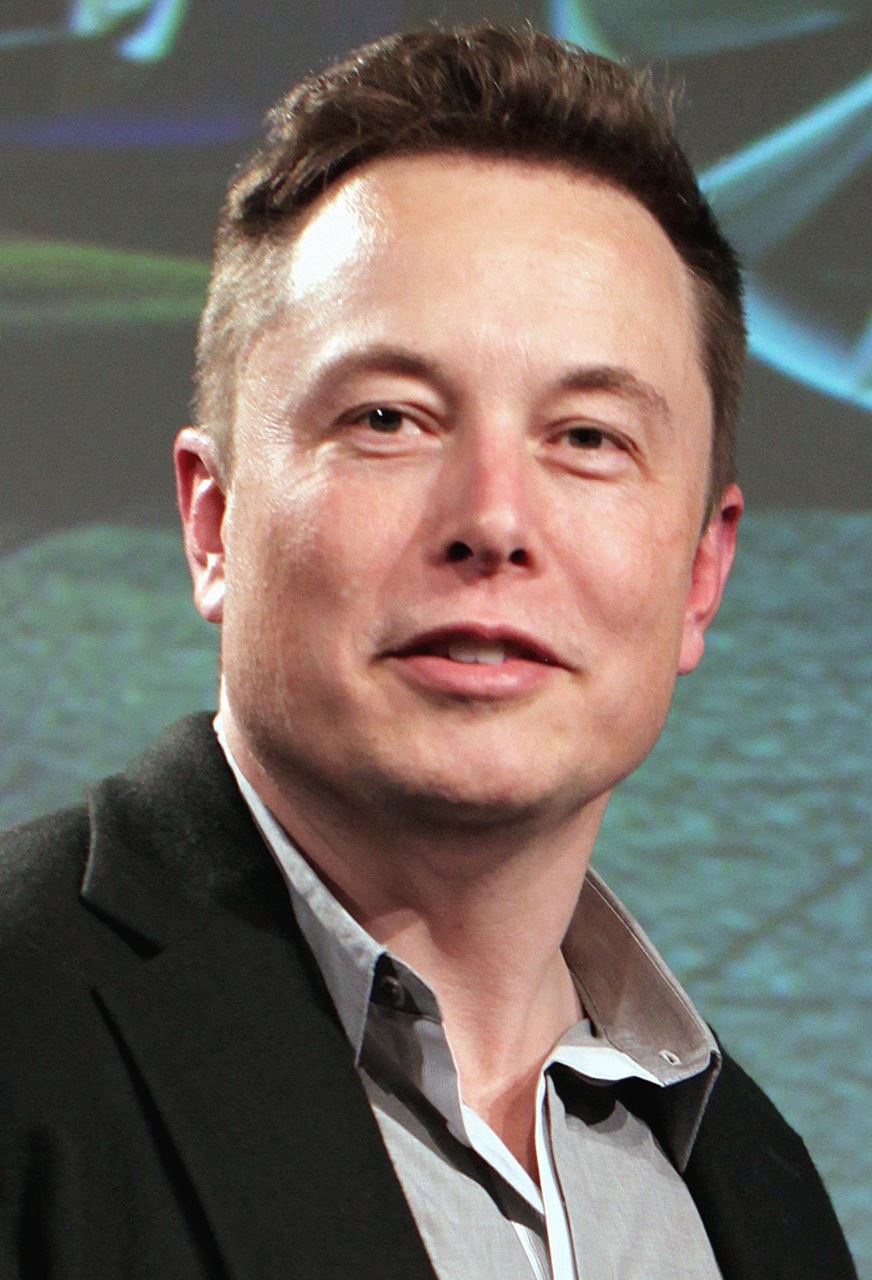 Elon Musk at the 2015 Tesla Motors Annual MeetingSteve Jurvetson - https://www.flickr.com/photos/jurvetson/18659265152/From rags to riches, bullied to successful, and human to rocket-man, Elon Musk has done it all. Elon Reeve Musk was born on June 28, 1971, to Errol and Maye Musk in Pretoria South Africa. His dad was an engineer and his mom was a model. Elon did not have a pleasant childhood, with his parents divorcing and frequent bullying. However, he possessed an acute mind that he put to use when he created his first video game at the age of 12. A hero must contain determination and commitment. Determination is persevering through tough times no matter what happens. Commitment is dedicating one’s time and hard work towards something someone truly believes in. Elon Musk, with his determination and commitment, revolutionized our modern day world against all odds, earning him the status of a true hero.

Elon Musk is just like anybody, but the one thing that separates him from everyone else is his determination and willingness to complete anything he sets his mind on. While being interviewed about Elon’s first rocket to fly into orbit, Falcon 1, he discussed the many issues he ran into saying, “The first was a failure because the engine caught on fire. During the second test in March of 2007, his rocket SpaceShipOne went 180 miles above Earth and reached only Mach 3 because of a mistake in the design of the fuel tank. The Falcon 1 finally went into orbit in September of 2008, marking the first time a privately developed liquid-fuel rocket orbited Earth. Despite the setbacks he faced with the Falcon 1, Musk began building other more powerful rockets, such as the Falcon 9, while working on the Falcon 1” ("Elon Musk" Newsmakers). Elon Musk’s first successful rocket, Falcon 1, was flawed in many ways creating hardships for everyone working on the project. Every time his rocket would fail a test he would continue to persevere, determined to one day reach earth’s orbit. Despite numerous setbacks to Elon’s Falcon 1, he kept on innovating and designing until the final product was perfect. And once he finally managed to be the first private company to have a rocket orbiting earth, he wasn’t satisfied. He instantly began working on a new project that would be stronger and tougher. While lecturing his employee’s Elon Musk explained his ideas saying, “Failure is an option here. If things are not failing, you are not innovating enough" ("Elon Musk"). Elon Musk always wanted to perfect anything that he created, and to do so, he would have to find his mistakes. On all the projects he designed, he believed that they weren’t completed until he found and solved errors within them. In this quote, he explains the idea that the more mistakes the better. He says “If things are not failing, you are not innovating enough,” meaning, the more work someone does, the more flaws must occur. If there are not enough errors, then something wrong. Elon was determined to make the impossibility of perfection reality by finding and learning from his mistakes. Elon Musk is determined to change the world for the better by reforming untouched industries. Even though he has failed numerous times, he never gives up and perseveres through the darkest times. It takes someone with Elon’s drive to be where he is, changing people’s lives for the better.

Elon Musk was committed to anything he set his mind to; he found happiness with his success and failures, but most of all, his work. Elon Musk did not live a happy working life; a journalist explained his living conditions saying, “He lived in the same rented office that served as his company's headquarters, sleeping on a futon couch and showering at the local YMCA.” ("Elon Musk"). Musk was too committed so his company that he invested all his money and time into it and was willing to sacrifice his sanity in order to make his company the best it could be. He didn’t want anything getting in the way of his companies progress; he wanted to get ahead any way he could. When Elon’s wife was being interviewed about his work schedule, she explained his demanding agenda explaining, “Elon would come home at eleven and work some more. People didn't always get the sacrifice he made in order to be where he was”(pg 97). Elon Musk was so dedicated and committed to his work that he spent all of his spare time working while everyone else was relaxing. He wanted to progress further and faster and he sacrificed many things in order to get to the position he is in now. While his wife’s friends complained about how their husbands come home at 7, she just knew that Elon worked harder. There is no shortcut to success, you get what you put in, and Elon’s work ethic is unmatched. Elon Musk focuses on the future, no matter how bad it gets. Tesla and SpaceX were close to bankruptcy, and Musk showed no signs of stopping, claiming that he would spend his last dollar on these companies and that he would stay in his wife's parents basement if it came to it.Elon Musk is committed to the betterment of society, and he has his companies reflect it.

Elon Musk is many things, but a trait which places him in the hero category is his creativity and innovativeness. While talking about Elon's vision for online banking, Vance says, “History has demonstrated that while Musk’s goals can sound absurd in the moment, he certainly believes in them and, when given enough time, tends to achieve them” (pg 93). Elon Musk thinks of many ideas, many of which may seem illogical, but with the proper conditions always happens to work out. Musk is so innovative that he can make any idea work under any circumstances. While Elon was being interviewed about his successful career, he says, “Actually, I've found that being an outsider helps you to think creatively about improving the way things are done. When people have been doing things the same way for years, they stop questioning their methods even if they defy common sense” ("Elon Musk." Newsmakers). This shows Muskś creativeness, and his ability to think outside of the box. This is an essential characteristic of a hero because Elon did not have anything handed to him easy. He uses what he has to create something bigger and greater for humanity. Elon Musk was considered an outsider in America, and this allowed him to think in different ways and create a strong personality. He used his sheer intellect and knowledge to innovate many impacting companies, all towards to progression of mankind. Elon Musk is a hero for everyone by engineering and innovating ideas for the entire world.

Elon Musk used his natural characteristics to help with his success in order to transform the world. He always had to struggle through life, but that was the path to his accomplishments. He stayed focused on the future and was determined to improve the lives of everyone on earth, or maybe someday mars. He stayed committed to his work through the lowest parts of his career and continued to innovate and invent. Elon Musk is a perfect example of struggling through one’s problems, but continuing to succeed. He revolutionized industries and companies and inspires others to follow in his footsteps. Elon Musk has not only inspired myself, but many others through he ever-lasting will to improve the world. He is assuring people that anything is possible with commitment, determination, and maybe just a little creativity.

Vance, Ashlee. Elon Musk: Tesla, SpaceX, and the Quest for a Fantastic Future. Ecco, an Imprint