by Ethan Green from Fredericksburg

Neither he nor I were heroes. We were just what we were able to be. In war we are all souls without a destiny. 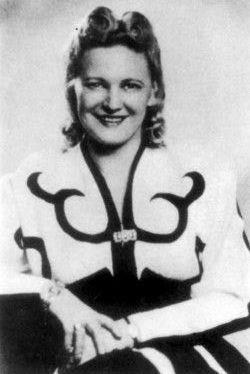 Emilie in Poland, 1940"Early Years 1908 - 1938."Emilie Schindler is not a name that most know, or if they do recognize it, they only know the surname. Many know of Oskar Schindler—his deeds are displayed in the biographical drama by Steven Spielberg, Schindler's List. Oskar was indeed a great man. Through his industrial success and his connections and influence in the Nazi party, he helped keep 1,200 Jews from the Nazis’ murderous clutches during the Holocaust. Although his successes are widely celebrated, Emilie Schindler’s contributions to the effort go widely unnoticed. Heroes are defined by their values and qualities like being modest, passionate, altruistic, tireless, and determined. These are all qualities that this woman possesses. Emilie Schindler is a hero in her own right.

One of the most amazing things about Emilie is that with everything she did for the Jews she and her husband were caring for, she has received no thanks or recognition besides very minimal financial support and companionship after the war from Jews that she helped. An impactful quote by Maurice Markheim, a Jew whom the Schindlers saved, is, “'There is an old expression: Behind the man, there is the woman', and I believe [Emilie Schindler] was the great human being.” She worked behind the scenes thanklessly, unknown to the world, and never attempted to claim glory. Schindler had many faults which included being unfaithful to his wife, and even leaving her unexpectedly later in life. Even so, Emilie did not try to bring up his mistakes, shame him, or do anything to diminish his image as a heroic philanthropist. Emilie’s modesty is rivaled by few.

This undying care and appreciation for her husband, in spite of all his wrongs, is a great example of another heroic trait of hers—how passionate she was. Oskar Schindler could be described as a drunken mess at times and, while Emilie did not appreciate that, she did appreciate him as a person. She has called him a drunk and a womanizer, but she’s also been quoted as saying, “If he'd stayed, I'd have looked after him.” I think that is incredibly sweet and shows just how passionate and caring she was—this is after Oskar left her alone in Argentina and went to Germany, then died many years later, never seeing her again since they lived together in South America. After his death, she visited his grave and said, “At last we meet again…  I have received no answer, my dear, I do not know why you abandoned me… But what not even your death or my old age can change is that we are still married, this is how we are before God. I have forgiven you everything, everything…” It takes an incredibly strong woman to forgive someone like she did. In addition to her passion toward her husband, she acted similarly as a mother to the Jews in her husband’s factory. One of those “children,” Feiwel (today Francisco) Wichter, said, “As long as I live, I will always have a sincere and eternal gratitude for dear Emilie. I think she triumphed over danger because of her courage, intelligence, and determination to do the right and humane thing. She had immense energy and she was like a mother.” 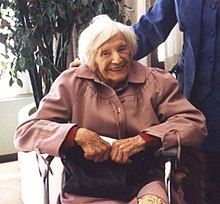 Emilie Schindler, 2000"Emilie Schindler."Emilie’s altruism was everlasting; her stamina never ran out. Countless stories have been recounted about her acts of kindness. She did not have to do anything that she did, but she actively took steps to help the Jews. From ordering a prescription for a little boy who broke his glasses to distracting an SS guard so a Jew could sneak a loaf of bread (which was seen as gold at that time), she never missed a chance to help someone. One night in the last weeks of the war, a worn-out Emilie was traveling alone without Oskar, and saved 250 Jews from death. She managed to convince a group of Nazis who were transporting some prisoners that she needed the captive Jews’ labor, even though they were close to death.

Emilie Schindler’s heroic actions are directly relevant now, with over seven thousand descendants of the original 1,200 of Schindler’s Jews being alive today. Together, the Schindlers saved 1,200 Jews from the Nazi’s clutches and from death by extermination camps. In 1994, she and Oskar were recognized as Righteous Among Nations by the Yad Vashem, the Israeli Holocaust museum. After the war ended, the Schindler couple moved to Argentina with a few of Schindler’s Jews, to humbly work as farmers. However, Oskar grew restless and left Emilie, returning to Germany to fail with several business ventures, then going on to die. Meanwhile, back in Argentina, Emilie’s medical condition was worsening—after all, she had been living in Argentina for fifty years and was getting pretty old. She was not financially well-off and had to rely on friends to pay her hospital bills. After a time, she moved back to Germany, saying that it was her last wish to visit her homeland before the end. Weeks after arriving in Germany, in the year 2009, she died at the age of ninety-four. Throughout her life, Emilie Schindler firmly upheld her values and never hesitated to help those in need. I hope that this essay helps to provide her with the proper gratitude that she never quite received, yet so badly deserved.