by Amanda C. from Montvale, New Jersey in United States

“Young girls are told you have to be the delicate princess. Hermione taught them that you can be the warrior.” -Emma Watson

Although, many people know Emma Watson as the actor of the intelligent, brave heroine, Hermione Granger, Emma Watson is more than just an actor. Emma Watson is a hard working female who strives for gender equality, and many more important things. Working hard for others is just one of her acts of selflessness. Emma Watson´s hard work in her childhood led to many accomplishments during her life so far. 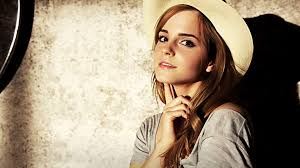 Emma WatsonPublic Domain ImageEven though Emma Watson is a star, she still had a life behind that. Born on April 15, 1990, in the shining lights of Paris, France, Emma Watson found her own way to stand out. Emma Watson attended Stagecoach Theatre Arts. Like the hit role that would start off her acting career, Watson was very bright, and smart. Emma Watson loved acting and after eight auditions, she got the role of Hermione Granger!

Emma Watson has many accomplishments in movies. Emma Watson, the actor of Hermione Granger in Harry Potter movies is also featured in “Beauty and the Beast” and many others. After winning many awards, and earning 60 million dollars, Emma Watson donates 1.4 million to anti-sexual harassment. Emma Watson also speaks up for gender equality and gave her “he for she” speech. Her speech was directed to males to speak up for females. Also, she dedicates herself to end poverty with UNICEF.

In conclusion, Emma Watson has many accomplishments and is a true hero. Emma Watson stands up for gender equality and strives to end poverty with UNICEF. Emma Watson’s hard work made her become a hero for all women.