by Will from San Diego, California in United States 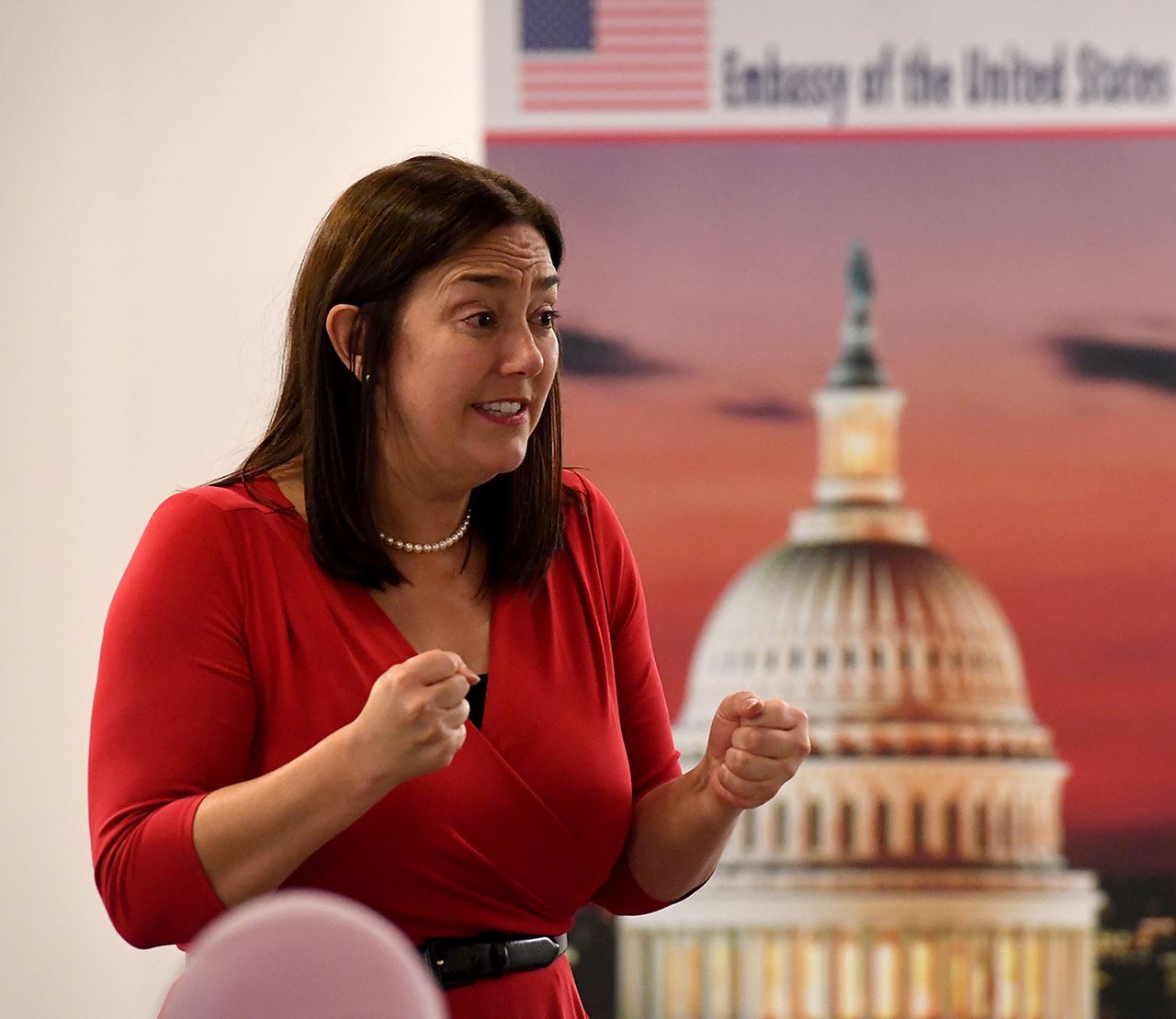 Erin GruwellU.S. Embassy Jerusalem - Flickr [Public domain]Thirty percent of students in the United States attend urban schools, and for many of them, it’s hard to do well in school because of the environment around them and their school. Woodrow Wilson High School was one of these schools, and because of that, some of the students in the school were deemed “unteachable” to all the teachers. But not to Erin Gruwell; she refused to believe they were a lost cause. In 1994, Erin Gruwell starting teaching at Woodrow Wilson High School. “She had been assigned low performing students; many were involved in drugs, violence and gang activity” (Morgan). Gruwell inspired a philosophy that would change their lives. “She challenged her students to steer away from the drugs and violence and to, instead, make choices for them to become citizens for change and eventual college students” (Morgan). Four years later all of them graduated high school and went to college, and most of them became writers and authors. Erin Gruwell is a hero because of her selflessness and being a hard worker, which caused a big impact on the students' lives.

Erin Gruwell is selfless because she cares about the kids she’s teaching more than herself through her many actions. Trying to find a way to engage them in learning, “Erin dispensed with the textbooks and brought in books by teens who had lived through racism and warfare, such as Anne Frank and Zlata Filipovic. This time, the students made a powerful emotional connection. With Erin, they began to document their own lives in individual, anonymous diaries” (Scholastic). The selflessness is shown greatly by this quote. She tried to get the students engaged and it didn’t matter what it cost. She even completely changed the whole curriculum so the students got interested in learning. She didn’t care about the cost of the books or what the school would say; she tried her hardest to get the students learning, and that’s what true selflessness is. Erin Gruwell started teaching to help the students: "Fellow teachers told her it wouldn’t work, but her students showed that it would. As Gruwell had suspected, they could connect emotionally with the characters in these books, and they began keeping their own diaries” (Freeman). Even though fellow teachers said that what she did wouldn’t work, she believed otherwise. She didn’t care what the other teachers said, she only cared about making the students better, and through that selflessness, her students began to connect with the lessons she taught. As a result they begin writing and keeping their own series like the characters in the books she introduced to them. Erin Gruwell’s selflessness, shown through her actions in helping the students, is what makes her a true hero.

Erin Gruwell is hard-working because she is always trying her best to teach her students and work endlessly to help them. The difference between Erin Gruwell and other teachers is, "'Many teachers teach the way they learned, and they’re offended that the kids don’t learn the way they did,’ Gruwell says. But her students were highly visual, and she knew that to engage them she had to make reading come to life” (Freeman). That difference between her and the other teachers is that she works really hard to teach her students. She tries to find ways to engage them and ways that actually make them learn, and not be offended that they don't learn the same way she learned. Gruwell was able to help change her students, “by instilling a philosophy that not only valued diversity but helped them promote it, finding a way to connect learning opportunities to the students. She challenged her students to steer away from the drugs and violence and to, instead, make choices for them to become citizens for change and eventual college students” (Morgan). Erin Gruwell worked hard to try to transform their lives. She tried to help them stay away from bad things, like drugs and violence, and make choices to become citizens for change and college students. Her hard work helped steer them away from bad things and helped them become writers.

Erin Gruwell is both selfless and hard-working, shown by her actions towards her students. In addition, she is very inspirational to the people around her, especially to her students, as shown by what they accomplished throughout the years. As she started teaching, “Fellow teachers told her it wouldn't work, but her students showed that it would. As Gruwell had suspected, they could connect emotionally with the characters in these books, and they began keeping their own diaries. They began believing in themselves and each other. Formerly guarded and suspicious, they bonded with each other through literacy, dubbing themselves the Freedom Writers” (Freeman). She decided to teach in a way that made the students feel more emotionally connected, and even though many teachers doubted her, it worked. She motivated them to keep their own diaries and believe in themselves, and to bond with each other through literacy and eventually become the Freedom Writers. Her inspiration changed the students' points of view on school and eventually got them to even enjoy literacy. With Erin Gruwell, the teachers who determined the students “unteachable” were proven wrong by those same students.