by Mindy from Millersville

In his lifetime, Elie Wiesel has had to deal with many hardships. The most harrowing was the loss of his mother, father and sister in a concentration camp during the Holocaust. He has written about his horrifying Holocaust experiences in a way that is very educational and beneficial to our society. Wiesel wrote about this in order that such a massacre, which singled out minorities for systematic persecution, would never happen again.

Wiesel has written many books about the events that occurred in a way that makes you actually feel like you are right there with him. He has said that he "speaks out on behalf of Holocaust victims because he feels it is the right thing to do so that young people can work toward a more humane world--a world in which compassion for those from cultures other than their own is a major priority."

Wiesel is my hero because he has dedicated his life to being a great humanitarian. He teaches us to never forget our past and the horrible experience that he and millions of other individuals endured during the Holocaust. He served as chairman of "The President's Commission on the Holocaust." In 1986, he won the Nobel Peace Prize.

In 1999, Wiesel gave a speech entitled, "The Perils of Indifference." Here is an exerpt:

We are on the threshold of a new century, a new millennium. What will the legacy of this vanishing century be? How will it be remembered in the new millennium? Surely it will be judged, and judged severely, in both moral and metaphysical terms. These failures have cast a dark shadow over humanity: two World Wars, countless civil wars, the senseless chain of assassinations -- Gandhi, the Kennedys, Martin Luther King, Sadat, Rabin -- bloodbaths in Cambodia and Nigeria, India and Pakistan, Ireland and Rwanda, Eritrea and Ethiopia, Sarajevo and Kosovo; the inhumanity in the gulag and the tragedy of Hiroshima. And, on a different level, of course, Auschwitz and Treblinka. So much violence, so much indifference.

What is indifference? Etymologically, the word means "no difference." A strange and unnatural state in which the lines blur between light and darkness, dusk and dawn, crime and punishment, cruelty and compassion, good and evil.

What are its courses and inescapable consequences? Is it a philosophy? Is there a philosophy of indifference conceivable? Can one possibly view indifference as a virtue? Is it necessary at times to practice it simply to keep one's sanity, live normally, enjoy a fine meal and a glass of wine, as the world around us experiences harrowing upheavals?

Of course, indifference can be tempting -- more than that, seductive. It is so much easier to look away from victims. It is so much easier to avoid such rude interruptions to our work, our dreams, our hopes. It is, after all, awkward, troublesome, to be involved in another person's pain and despair. Yet, for the person who is indifferent, his or her neighbor are of no consequence. And, therefore, their lives are meaningless. Their hidden or even visible anguish is of no interest. Indifference reduces the other to an abstraction.

Over there, behind the black gates of Auschwitz, the most tragic of all prisoners were the "Muselmanner," as they were called. Wrapped in their torn blankets, they would sit or lie on the ground, staring vacantly into space, unaware of who or where they were, strangers to their surroundings. They no longer felt pain, hunger, thirst. They feared nothing. They felt nothing. They were dead and did not know it.

Rooted in our tradition, some of us felt that to be abandoned by humanity then was not the ultimate. We felt that to be abandoned by God was worse than to be punished by Him. Better an unjust God than an indifferent one. For us to be ignored by God was a harsher punishment than to be a victim of His anger. Man can live far from God -- not outside God. God is wherever we are. Even in suffering? Even in suffering.

In a way, to be indifferent to that suffering is what makes the human being inhuman. Indifference, after all, is more dangerous than anger and hatred. Anger can at times be creative. One writes a great poem, a great symphony, one does something special for the sake of humanity because one is angry at the injustice that one witnesses. But indifference is never creative. Even hatred at times may elicit a response. You fight it. You denounce it. You disarm it. Indifference elicits no response. Indifference is not a response.

Indifference is not a beginning, it is an end. And, therefore, indifference is always the friend of the enemy, for it benefits the aggressor -- never his victim, whose pain is magnified when he or she feels forgotten. The political prisoner in his cell, the hungry children, the homeless refugees -- not to respond to their plight, not to relieve their solitude by offering them a spark of hope is to exile them from human memory. And in denying their humanity we betray our own.

Indifference, then, is not only a sin, it is a punishment. And this is one of the most important lessons of this outgoing century's wide-ranging experiments in good and evil.

Academy of Achievement - Read an interview with Elie Wiesel. The Academy of Achievement brings students face-to-face with the extraordinary leaders, thinkers and pioneers who have shaped our world.
United States Holocaust Museum
Elie Wiesel - Nobel Prize for Peace 1986
The Hidden Child Foundation - "...to educate all people on the consequences of bigotry and hatred so that never again will anyone suffer the atrocity, the injustice and the agony of the Holocaust."


Elie Wiesel contributed his hero story to MY HERO: Extraordinary People on the Heroes Who Inspire Them. Your purchase of this book helps to support this not for profit educational web project. 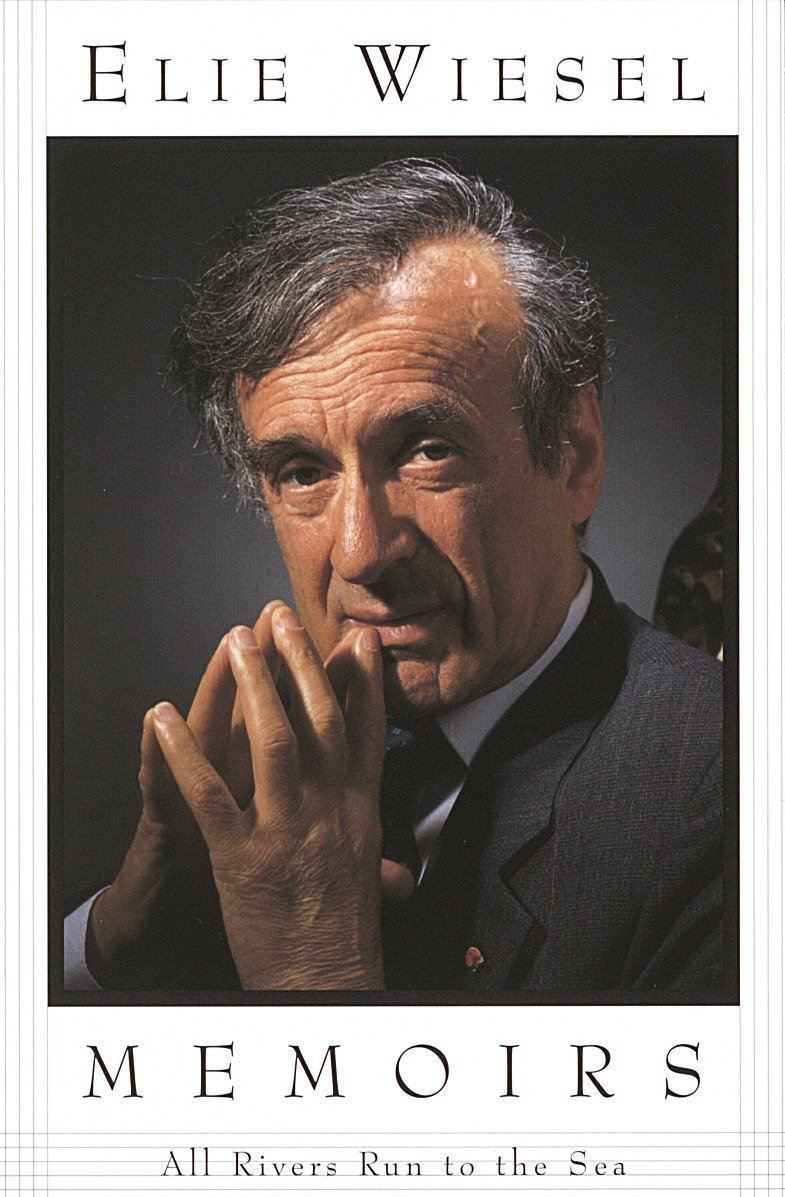 All the Rivers Run to the Sea: Memoirs
Elie Wiesel

MY HERO: Extraordinary People on the Heroes Who Inspire Them is a collection of essays written by some of the most remarkable people of our time, including Elie Wiesel who wrote an essay on the Concept of Heroes. The authors have contributed their stories to this book to help support this award-winning not-for-profit web project.