by Patrick from Flemington

My hero is Frank Zappa. Behind what appeared just an average face in the crowd was the mind and soul of one of the most talented and massively influential musicians and composers of all time. Possessing no rock star features or characteristics, Frank Zappa shied away from labels and categories and only concentrated on pioneering and creating. His work ethics are legendary: cramming as much composing, creating and performing as possible into each day, only sparing a few brief moments for a wink of sleep and a bite to eat. 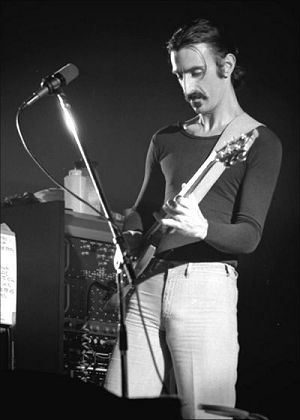 The most experimental of the nonconformists, Frank Zappa successfully dabbled in countless genres of music, ranging from freaked out psychedelic jams to unconventional classical music and funky jazzrock fusion sessions. He was the essential musician for anything outside the mainstream.

Frank Zappa was born in 1940 in Baltimore, Maryland. His father, a Sicilian born Greek-Arab, was a meteorologist who was hired to manufacture poisonous gases during World War II. After WWII, the Zappas settled in Lancaster, California. Frank grew up in this Mojave Desert town that he referred to as a "cultural wasteland." In high school, Frank's fascination for chimerical and wild combinations of music genres flourished. He participated in his high school marching band and studied 12-tone music, as well as conducting and composing for ensembles. It was during these years that Frank knew he wanted artistically to change the music industry.

Frank Zappa has been my hero ever since I heard his album "Live in New York." The album quickly became one of my favorites, with songs ranging from the soothing waltz "Sofa" to the extended jam of "The Purple Lagoon." It was unlike anything I had ever heard, and I quickly became engulfed in Zappa's immense body of work. Zappa's band was full of extremely talented musicians: drummer Terry Bozzio is considered one of the best in the world, guitarist Steve Vai is a virtuoso and is highly admired and respected, and tenor saxophonist Mike Brecker is in the "Saturday Night Live" band. After hearing that album, I listened to as much of his work as possible, including the incredible album "Hot Rats" and the experimental "One Size Fits All" and "Apostrophe."

Sadly, Frank Zappa lost a long and arduous battle with prostate cancer on December 4th, 1993. He had achieved his goals of creating and expanding musical genres, as well as adding a sense of humor and oddity to music. A master of numerous instruments and an eccentric and prodigious composer, Frank Zappa's music lives on.

In 1994, the International Astronomical Union named an asteroid after Zappa. "Zappafrank," formerly asteroid 3834, orbits between Mars and Jupiter.

An Italian biologist discovered and named a new species of jellyfish after Zappa. Dr. F. Boero of the Univerita degli Studi di Lecce Via Provile Lecce published a paper on several Marine hydrozoans, including one Phialella Zappai, which concludes this way:
"I have the pleasure in naming this species after the modern music composer Francis (Frank) Vincent Zappa." 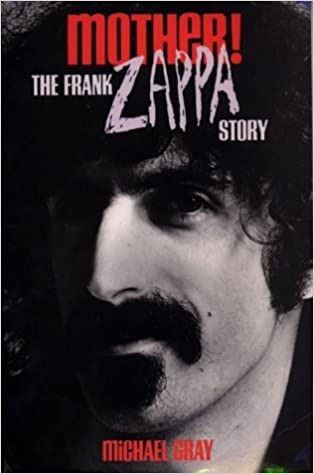 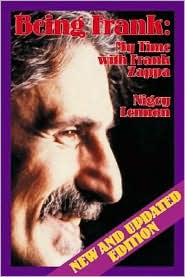