by Ketki Chakradeo from San Diego, California in United States 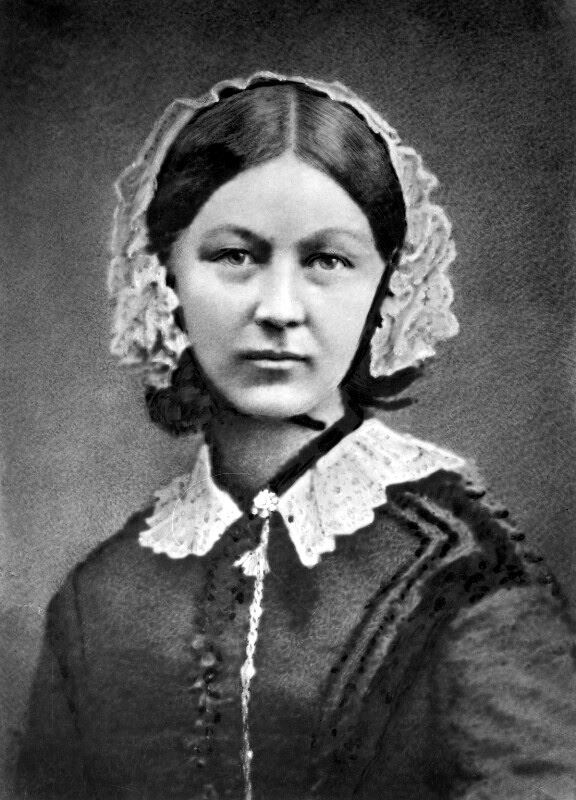 Florence Nightingalehttps://en.wikipedia.org/wiki/Florence_Nightingale [Public domain]“We human beings are entrusted with a very special place in creation. A place that calls us to embrace and live by certain values including kindness, generosity, forgiveness, joy, peace and so on. Heroes help us define, develop and live by those values” (Harper). Charles Harper, in his essay “How Should We Choose Our Heroes,” describes how in today’s world, heroes show us how to live by our ideals, and thus, our choices of the people we admire say a lot about who we are and what we value. According to Harper, choosing the wrong heroes can cause our society to become hateful and corrupt. We must strive to idolize the right people in hopes of gaining some of the traits that they embody. Heroes do not have to be placed in a life and death situation in order to prove themselves. Oftentimes, we walk past people without even realizing their heroism. A hero must have the drive to change the world and a plan to do so. Being a hero requires courage and compassion, as they need the ability to resonate with others and be empathetic. A hero worthy of our admiration is somebody who produces innovative solutions to the world’s problems with compassion and empathy.

One example of a person who came up with new ideas while serving others with love and care is Florence Nightingale, the pioneer of modern nursing. Born in 1820 in the town of Florence, Nightingale was raised in a respected, upper-class family. As she grew older, she expressed her desire to become a nurse. Her family was horrified, as nursing was looked down upon. During her time, women stayed home and learned skills such as cooking and needlework until they got married. Nightingale overcame her family’s objections and went to Germany to study nursing. At the age of 33, she became the superintendent of a women’s hospital. After leading a group of nurses to Crimea to treat the injured soldiers during the war, she was shocked at the poor provisions provided for them. So, she dedicated her life to the reformation of hospitals and pioneered the use of new nursing practices. Although she was diagnosed with Crimean fever and remained bedridden for the last fifty years of her life, she continued to be an influential person who taught many about appropriate medical practices through the books she wrote and speeches she gave. A hero must possess compassion and a strong passion for their cause. Nightingale’s every step was fueled by her compassion for others, and she cared for everybody she came across. She was passionate about educating the future generation of nurses about proper medicinal techniques and thus came up with innovative ideas. Through her endless compassion towards her suffering patients and innovative ideas and contributions to the field of modern nursing, Nightingale proved herself worthy of being an accomplished role model and hero to the world.

Nightingale’s boundless love for others had a positive effect on her patients and the hospital; everything she did was fueled by her compassion for others. Her comforting behavior to the recovering soldiers earned her a nickname by which she is still known today: “She became known as the 'Lady with the Lamp,' owing to her nighttime habit of checking on patients and making sure the hospital was in order” (Florence Nightingale). Her habit of checking on patients during the nighttime was a result of her worry for them. She made caring for the soldiers her first priority and put them before herself. Her compassion is what gave her the ability to do so, thus proving that her actions were indeed fueled by it. Her caring and compassionate nature gained her a good reputation around the hospital, and she was able to improve its quality: “Nightingale quickly earned the affection and respect of the patients in her hospital, and she played a major role in reducing the hospital’s death rate from 40 percent to 2 percent” (Florence Nightingale). Her kindness made the soldiers feel cared for, and she took the place of their family while they were far from home. The attention that she gave to the soldiers certainly did more than just make the soldiers feel loved; she succeeded in drastically reducing the hospital’s death rate. She truly exemplified a hero’s characteristics by doing things out of love and not for fame. She thought of others before herself and made a large impact on the lives of many. Nightingale’s compassion never faded, and she was able to restore a little bit of humanity that was lost in the hospitals during her time.

Nightingale’s passion for nursing gave her the strength to act against the many stereotypes that were placed on women during her time, and by doing so, she was able to contribute innovative ideas to the field of nursing. After informing her family of her desire to become a nurse, they hesitated to let her become one. According to medical historians, the period of time during which Nightingale lived was described as “...nursing’s dark age. The nurses of Nightingale’s era were poorly educated and unskilled women who were usually older. They mainly cleaned and performed other forms of hospital labor” (Florence Nightingale). Nightingale stepped in during this so-called “dark age” and turned the profession of nursing into a respectable one. By ignoring what society would think of her decisions, she was able to make advances in ways that would have not been possible had she paid attention to the comments of society. Throughout her time as a nurse, Nightingale wrote many books on the proper way to care for patients in hospitals. One such book, Notes on Nursing: What It Is, and What It Is Not, “drew directly on her experiences at the Turkish military hospital during the Crimean War. It was used to train new nurses” (Florence Nightingale). Her book contained new information that was used to teach the new nurses about how to do their jobs. For example, it says, “Bad sanitary, bad architectural, and bad administrative arrangements often make it impossible to nurse. But the art of nursing ought to include such arrangements as alone make what I understand by nursing, possible” (Notes on Nursing: What It Is, and What It Is Not). Nightingale understood and recognized that in order to effectively nurse patients, proper arrangements needed to be made in hospitals. Nightingale worked to reform the hospital system and ensured that the correct arrangements were made for nurses to treat the patients. Nightingale observed what had happened during the Crimean War and was able to take what she had learned and share it with the world. Had she not broken the stereotypes placed upon women during her time, she would never have been able to pioneer the field of nursing.

Nightingale’s passion for helping others led to the creation of creative new practices for nursing, and she carried out all her tasks with compassion, no matter how tedious or difficult they were. Her use of compassion and innovation are what make her a timeless hero that we admire today. By having that passion for her work, Nightingale was able to contribute greatly to the field of nursing. After carefully studying the harsh conditions in which injured soldiers were being treated, she took it upon herself to reform the way nurses cared for soldiers. She was known for her compassion towards everybody and earned herself a nickname by which she is still known today. Her passion for nursing fueled her creativity, and she was able to come up with new techniques of nursing that are still used today. Nightingale inspires me because she dedicated her life to serving others, and I am now motivated to do the same. I want to be a doctor when I grow up, and I am inspired to do everything with compassion and dedication. By being the first female nurse, Nightingale paved the way for the future generation of females wanting to go into the field of healthcare. In his essay, Charles Harper says, “A real hero, a hero who deserves biography, autobiography or memoir is someone who may attract attention but directs that attention beyond himself or herself and reflects in their daily lives everlasting values. Heroes help us embrace and aspire to values that we thought we might not be able to live up to.” Heroes show us that is possible to live a life of helping others while reflecting good values, and Nightingale did just this.