From Slavery to Speeches: Frederick Douglass

by Sean Rollins from San Diego, California in United States 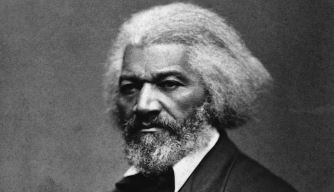 In mid-1800s America, the shackles of slavery were extremely hard to escape from. Even if one escaped from their master, racism and discrimination would still be thrown at that person in the free world. One man named Frederick Douglass not only escaped, but used his opportunity to support the causes of other slaves by becoming active in the antislavery movement.

Born as a slave in 1818, Douglass was a curious slave, as he taught himself reading and writing in secret. The new knowledge about the world he acquired only increased his desire to be a free man. In 1838, Douglass escaped from slavery by impersonating a free black man. He was captivated by the emerging antislavery movement, and before he knew it, he was a face of the movement, writing and reciting speeches at hundreds of conventions.

A hero, is a figure who never gives up and never stops doing what is right; he or she is a determined and devoted individual who fights in the pursuit of justice for all. Frederick Douglass’s determination to to the right thing and devotion to the antislavery movement make him a hero. 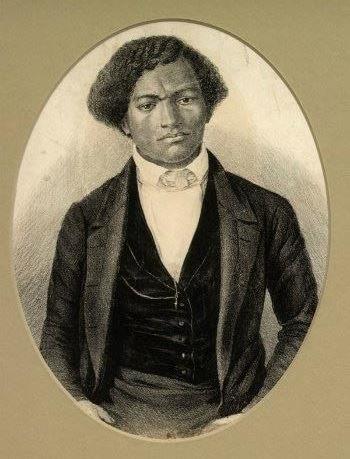 Frederick Douglass had a strong devotion towards abolition; it was his life’s work. When Douglass first started, he was orating speeches across Northern America about his experiences as a slave, and arguing abolitionist points:

“Douglass accepted and embarked on a lecture tour of the North for the next four years, often in the company of Wendell Phillips, a member of the abolitionist society and gifted orator. At first Douglass simply related his experiences as a slave but later, as he became more confident in his new role, he lectured about the evils of slavery, presenting the same abolitionist arguments as other members of the society” (“Frederick Douglass”, Notable Black American Men, Book II).

This makes Douglass a hero because he gave a voice to the oppressed. He also spoke to the people unaffected by slavery about these issues; he allowed them to learn about the real horrors of slavery so that they would help put a stop to it.

Douglass also wrote many books during his career. One such book was an autobiography about his time as a slave, called Narrative of the Life of Frederick Douglass, an American Slave. In the book, he provides his experiences as a slave, such as the death of his mother: “[My mother] died when I was about seven years old, on one of my master’s farms, near Lee’s Mill. I was not allowed to be present during her illness, at her death, or burial” (Douglass 3). Frederick wasn’t allowed to see his own mother, not even when she died! Douglass’s book definitely shone the light upon the horrors of slavery. This makes him a hero, because it aids in the fight for racial equality; it shows slavery for what it really is, a terrible fate undeserved by anyone, much less people of a certain skin color. Douglass made many more contributions to the abolitionist movement, but he also contributed to American history in other ways. 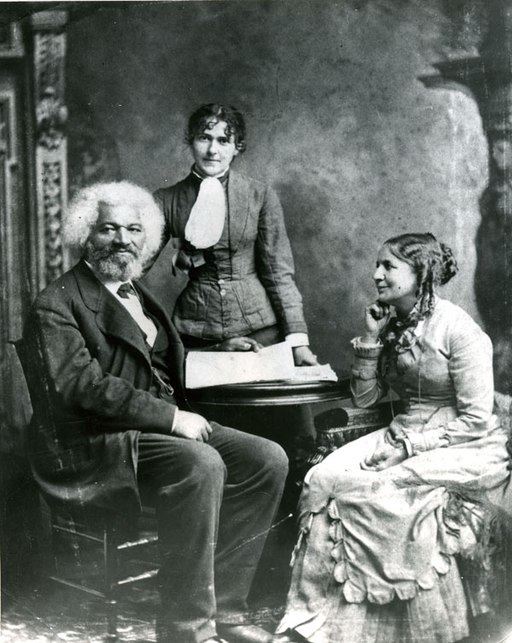 Not many know, but Douglass was actually a proponent in the women's rights movement at his time also: ”Douglass would become a major speaker at most of the Women's Rights conventions held during the next 21 years, partly in gratitude for ‘woman's agency, devotion, and efficiency in pleading the cause of the slave’” (“Frederick Douglass”, Feminist Writers). Supporting women’s rights at that time was heroic because there was a very large, unfair gap between men and women--much larger than what there exists today. Women should be equal to men, so Douglass attempting to lessen that gap is heroic. Douglass's dedication to things that weren't antislavery related showed his support for helping others, and having true equality.

Frederick Douglass is a significant figure in black and American history, and should be considered a hero. His devotion to the antislavery cause and determination to to the right thing are why he should be considered one. What’s inspiring about Frederick Douglass is his “rags to riches” story: he was a slave, taught himself reading and writing, escaped slavery, and used everything he learned from his studies to have a career as a political activist and political figure. His story is inspiring because it exemplifies the profound effect education has on someone. In fact, people started to doubt if Douglass was actually a slave: “As Douglass's skills—combined with his circumspection—prompted critics to question his credibility, some white abolitionists feared that his effectiveness on the platform might be lost” (Finkenbine, Roy E.). Clearly, education can turn around the lives of many. It’s important to have a good one, as a prosperous society requires a well-educated populace.