by Geeta Malik from Los Angeles, California in United States 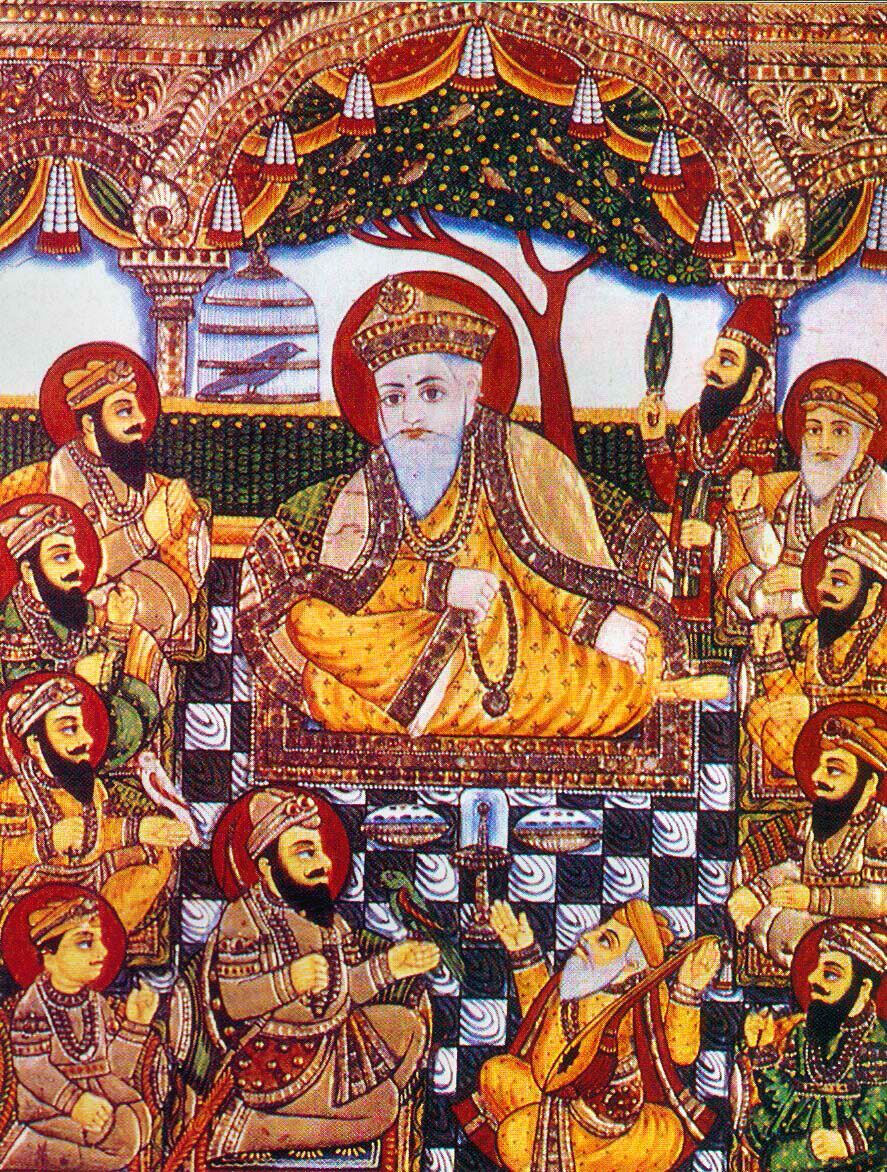 Sikh Gurus with Bhai Bala and Bhai MardanaPublic DomainIt was 1469 when Guru Nanak was born in the northwestern region of India in the state of Punjab. Guru Nanak was the founder of Sikhism, and the first of ten gurus recognized by Sikhs. The word "Sikh" means student, or disciple. Over 20 million people practice Sikhism worldwide.

Guru Nanak founded Sikhism as a faith to be distinct from Hinduism and Islam, the two major faiths of India. He established a gathering called Langar, which was intended to break the caste barriers and social taboos of many different classes of people eating together. He also set up Gurdwaras, the Sikh place of worship. In Gurdwaras, there are two parts to each service: kirthan, which is song, and katha, which is discourse. Both women and men are allowed to read from the Guru Granth Sahib, which is the Sikh holy book and the tenth and final guru.

There are five physical articles that many Sikhs wear or keep near them. The first is a Kes, or long, unshorn hair, which is often worn under a turban. The second is a Kangha, or a comb. The third is a Kirpan, which is a sword, and is often carried in representation as a pendant or a small knife. The fourth is a Kaccha, which are short breeches worn under the clothing. The final article is a Karda, which is a metal bangle worn around the wrist. 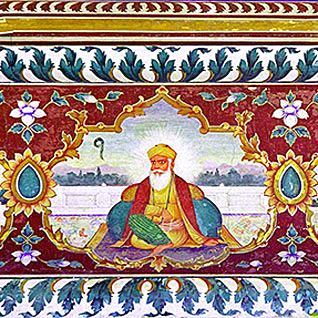 A Fresco of Guru NanakGurdwara Goindwal Sahib [Public domain]One of the most famous Gurdwaras of all is the Golden Temple located in Amritsar, India. It is open to people of all faiths, who come and bathe in the holy water, and who attend services within the golden section itself. There is also an extensive library and historical resource collection in the temple. 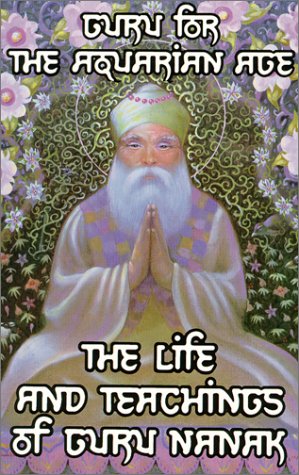 Guru for the Aquarian Age: The Life and Teachings of Guru Nanak
Steve Gilbar and Parmatma Singh Khalsa (editors)