When choosing a hero, many people could think of a famous person who has inspired them by helping out a community or giving money to the homeless, but for me, I took the chance to turn this project into something I can look back on in three years and Gavin still be my hero. Gavin Brodie is a friend I met through a water skiing program called “Lake of the Woods Adaptive Watersports,” and he was diagnosed with down syndrome when he was born. If you didn’t know already, down syndrome is an incurable disability that usually causes intellectual disability, developmental delays, and a distinct facial appearance. Having down syndrome isn’t an easy thing for a person or child to have and deal with. They face everyday challenges that are harder for them but are considered easy for people who don’t have disabilities. He is told he can’t do much from his down syndrome, but because of his positivity, bravery, and kindness, he will always be a hero in my eyes and heart. 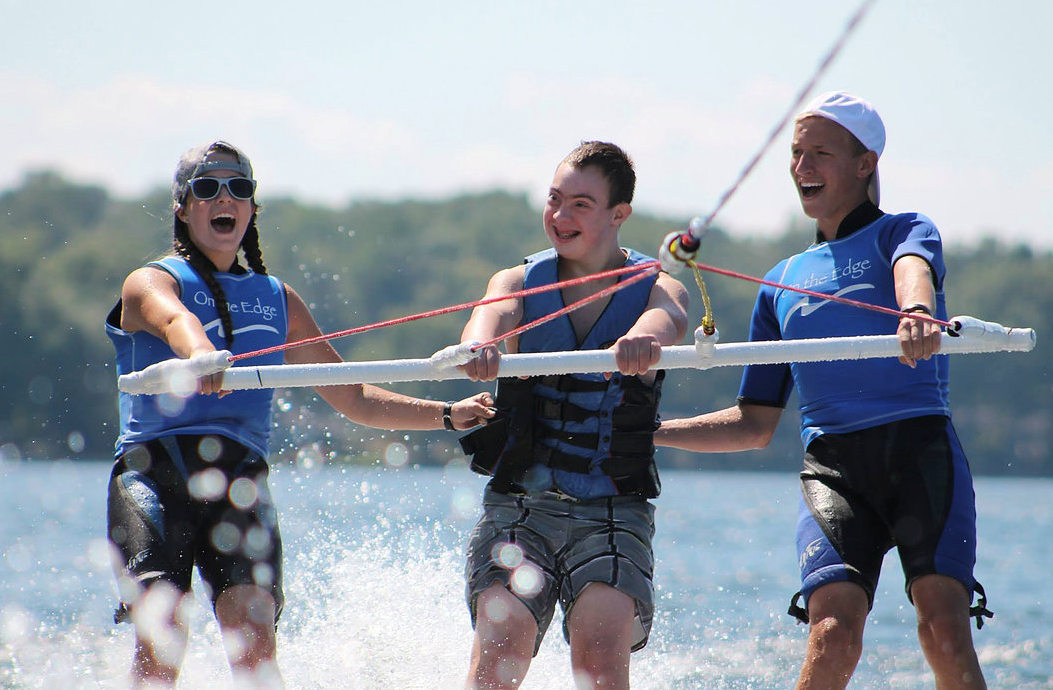 Gavin BrodieLake of the Woods Adaptive WatersportsWhen I saw Gavin for the first time, he ran up to me and hugged me, not even knowing who I was. Ever since then, every time I see him I am greeted with a huge hug, smile, high-five, or fist bump. In the most simple way to say it, Gavin is a ray of sunshine that no cloud could ever try to cover. When he is in the room, everyone’s mood changes and all you can see from everyone is smiles, even if they don’t know him. Now, if you were having a terrible day and you saw Gavin, he would do anything and everything in his power, without even knowing, to make you smile. Just by starting to have a conversation with you, there is no way on this earth you wouldn’t smile or laugh at his jokes. With all of this positivity that Gavin has, no one I have ever met has told me that he was a “bad kid” or someone they didn’t want to be around. For some of the people I know, Gavin is a piece of them, and without him, many things wouldn’t be worth doing anymore.

Besides Gavin’s smile and positivity, his bravery and strength are nothing you can try and break. Being a kid with disabilities, Gavin is always told that he can’t do many things that “normal kids” can do. With all of the hate that Gavin had received over the years, he has turned this ugly thing into something beautiful that could never be changed back. Starting with one of his favorite accomplishments, he is known across the country as an Olympic gold medalist in gymnastics for the disabled. On top of this, he also uses the hate that had been handed to him and taken on the sport Karate (he is a black belt) and water skiing (learning how to ski on two skies by himself). Gavin has never let anyone tell him he couldn’t do something; he is a natural athlete and nothing can break that passion from him. With this bravery that is inside him, he takes on these challenges that people say he can’t do with many of his friends and family members (including me) cheering him on telling him he can do it. To include something special that makes him go farther than he could before, his family has given him all the support he asks for and more. Even standing on the sidelines and watching this happen makes you realize how brave this kid is, not letting the hate get to him and doing what he was meant and born to do.

Including kindness, Gavin is one of the most kind-hearted people that I have ever met who has ever walked this earth. Even though he has down syndrome, he isn’t letting that stop him to help other kids with disabilities by inspiring their families and helping them in any way that he can. Instead of treating these kids like they usually are treated by adults or children who don’t understand them, he treats them how others would treat each other. He gets them to smile, which makes the families of these children feel blessed to have this kid in their life and around their child.

After reading everything above, it should be clear why Gavin Brodie is my hero. The reasons listed above are three out of a hundred million that I could have listed. I can’t even put into words how much Gavin had personally inspired me. His positivity, bravery, and kindness truly make the world a better place, and I am honestly glad to call him my hero.