A documentary about gender issues in show business reminds a former congressional reporter about the way women achieved recent victories in politics.

AUGUST 15, 2019 - Successful directors are often given a car as a bonus for their work. After Catherine Hardwicke directed “Twilight,” a girl-meets-vampire blockbuster that earned nearly $400 million worldwide, she famously got a cupcake. A mini cupcake. 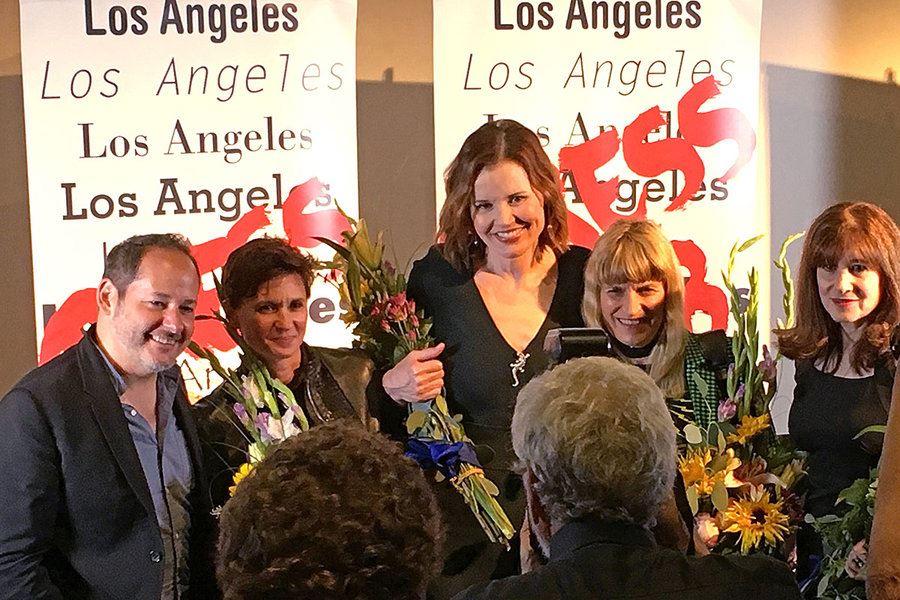 The documentary “This Changes Everything” explores presistent sexism in the entertainment industry. Panelists in a July 25, 2019, discussion include the film’s director Tom Donahue, Kimberly Peirce, Geena Davis, Catherine Hardwicke and moderator Devra Maza.Francine Kiefer/The Christian Science MonitorFrustration with the status quo courses through a new documentary, “This Changes Everything,” about gender inequities in Hollywood. The title is pure irony, lifted from Oscar winner Geena Davis’ comment in the film that, mistakenly, she and others kept thinking cinematic breakthroughs like the 1991 hit she starred in, “Thelma & Louise,” would change everything for women in the entertainment business. They did not.

“I have worked with two female directors and one of them was me,” quips Oscar winner Natalie Portman in the film.

In moving and sometimes amusing interviews with Hollywood A-listers such as Davis, Meryl Streep, Taraji Henson, and Sandra Oh, viewers learn the surprising degree to which men still dominate the entertainment business – even in the era of #MeToo and #TimesUp.

Last year, for instance, 92% of the directors who made the top 250 movies were male. Also last year, 85% of the top 100 movies were scripted by men. In family films – so impressionable on children – male characters outnumbered females 2-to-1 in lead roles, in screen time, and in speaking time in 2017.

Things were not always thus, the documentary reveals. The silent era was one of relative female empowerment for writers, directors, and actresses. Then came the switch to much more costly sound, and the need for financiers – male bankers. The Depression descended and up sprang the guilds. But they kept women out. 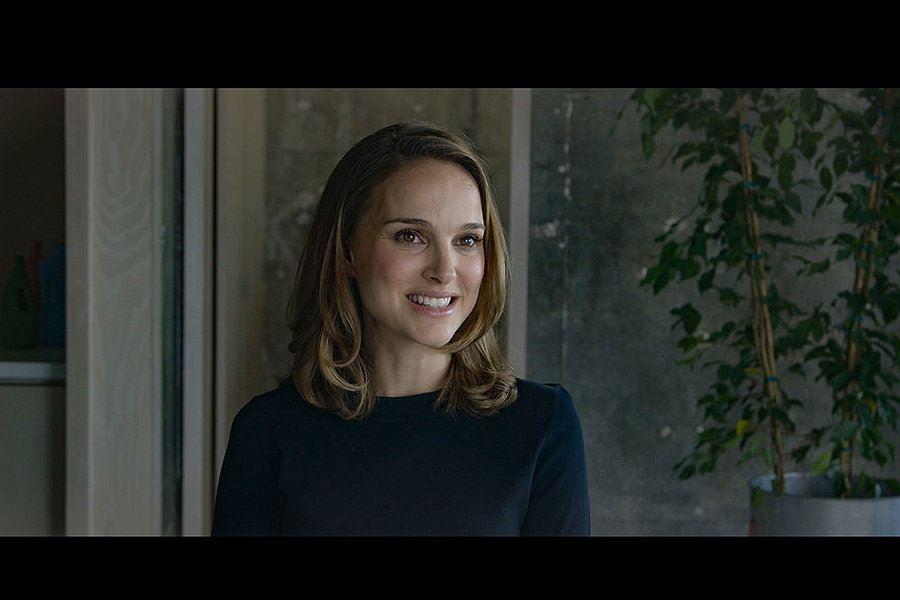 Actress and filmmaker Natalie Portman appears in “This Changes Everything,” directed by Tom Donahue. “I have worked with two female directors and one of them was me,” she says in the documentary.Good Deed Entertainment“This Changes Everything” follows the efforts by women to change the industry from within. They include legal battles – failed so far – and education campaigns, such as lobbying by Davis, who is armed with data from the Geena Davis Institute on Gender in Media.

The institute tracks gender representation and diversity in media for children, and encourages correction of bias among television and film creators. She founded it in 2004, when she became “horrified” over the lack of female role models for her toddler daughter, she explains in a recent post-screening panel in Los Angeles.

It’s not all bleak. Davis’ institute, for instance, finds that of the top family films in 2017, the percentage of female leads doubled in just four years (the latest example: “Dora and the Lost City of Gold”). And family films with female leads, as well as films with racially diverse co-leads, earned considerably more than films with only male or white protagonists.

After seeing “This Changes Everything,” I’ve been wondering whether Washington – from which I just decamped after working as a journalist for more than 20 years – might have something to offer Hollywood for a change.

I remember standing in the press gallery of the U.S. House in January, watching a sea of women dressed in pink, red, green, and yellow in the chamber below as lawmakers were sworn in to the 116th Congress and Nancy Pelosi took her second turn as speaker. 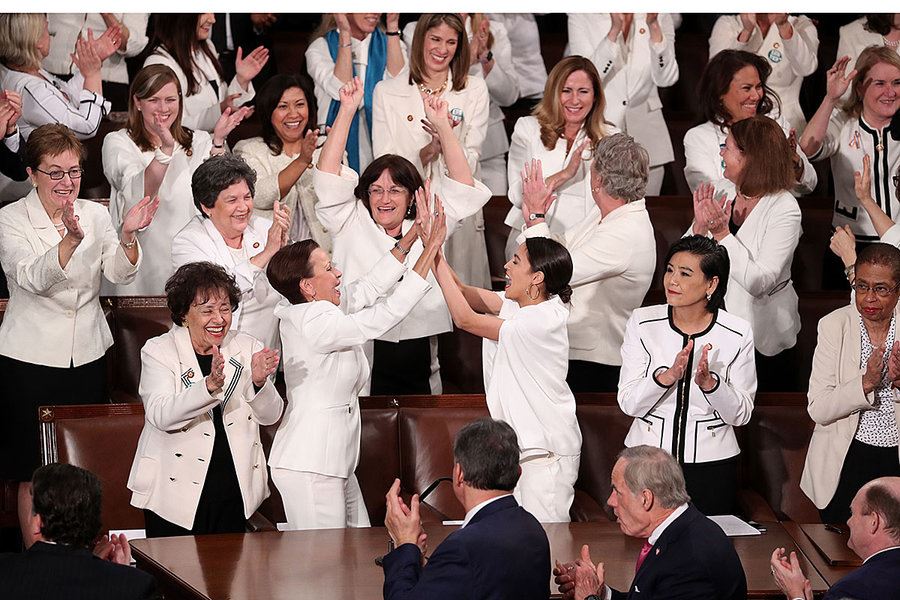 Democratic female members of Congress cheer after President Donald Trump said there are more women in Congress than ever before during his second State of the Union address at the U.S. Capitol in Washington, February 5, 2019.Jonathan Ernst/Reuters/FileNever had I seen so many female representatives. It was, in fact, historic – a largely one-sided, Democratic phenomenon, to be sure, but the largest number of women ever elected to Congress, with a total of 102 in the House and 25 in the Senate. In addition, a record six women, including an African American and a Samoan American and all Democrats, are running for president. Five of the six are current members of Congress.

From the top, longtime political warrior Nancy Pelosi encouraged and recruited female candidates – as did the leaders of the Democratic machine. Women stepped up to run for office, buttressed by partisan groups and nonpartisan women’s centers at universities, which offer candidate training. At the grassroots level, energized women – and men – volunteered for these candidates and voted for them.

Women have been pushing to get into elected office for decades, but the impetus last year came as a reaction to the presidency of Donald Trump.

“This Changes Everything” was directed by a man, Tom Donahue. It was actually his idea. “I don’t believe this is just a problem for women. I believe this is a man problem,” he said during the recent panel discussion. Men and women have to solve it together, he added.

Donahue ends his film with the Women’s March on Washington and the #MeToo movement, and an appeal to individuals to take up the cause – to apply outside pressure. Will this be the catalyst that actually changes everything?

The entire documentary, if at times wandering, packs a universal message that change takes commitment from all levels, the top and the grassroots, through all avenues possible.

It is as true for Hollywood as it is for Washington.