by Gemma from San Diego, California in United States

The first problem for all of us, men and women, is not to learn, but to unlearn.

Merriam-Webster defines the word hero as “one who shows great courage.” Even though in some cases this can be true, this definition doesn't expand over the true meaning of a hero. A hero is someone who faces adversity and overcomes it. A hero is someone who stays themselves, no matter who tries to change them. A hero is someone who fights the battles others deem unworthy or unnecessary. Although a hero can be a person who shows great courage, the hero has to be fighting for something for their actions to be called heroic. Heroes can be difficult to find and to maintain faith in, but a hero does not have to be perfect. As long as they stay unwavering in their pursuit, anyone can be a hero. 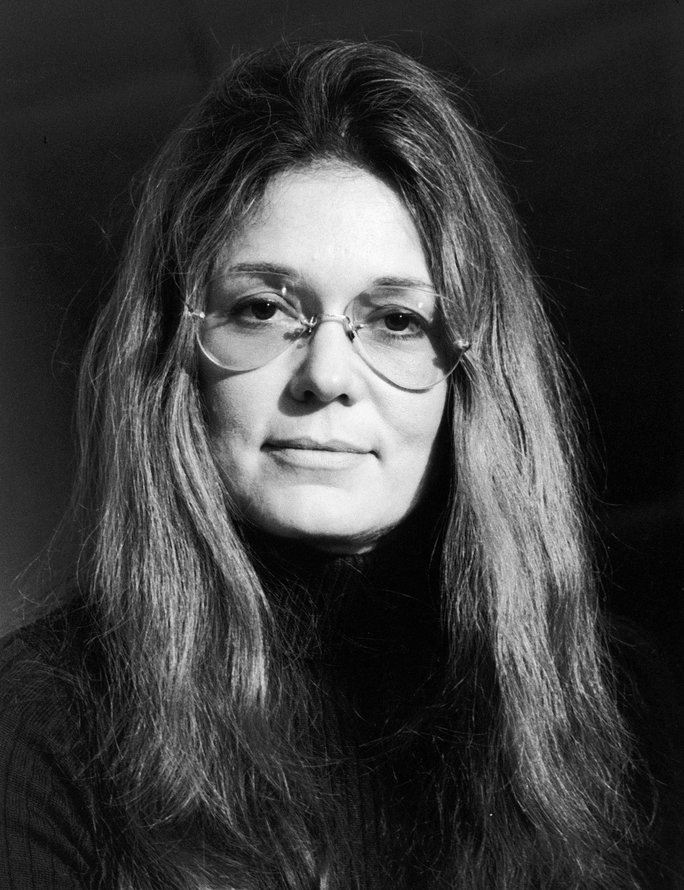 Courtesy of Lynn Gilberthttps://commons.wikimedia.org/wiki/File:Gloria_Steinem_1977_%C2%A9Lynn_Gilbert.jpgSteinem was born in 1934 in the town of Toledo, Ohio. Her father, Leo, lived a nomadic life, leaving Steinem to take care of her mentally ill mother alone. Steinem believed that her mother’s problems stemmed from the limit on women’s capabilities. She personally had to deal with her mother and see the effect that the lack of women’s opportunities had on people, and the impact marriage had on her as a woman. Her mother, however, introduced her to books and the importance of empathy. Eventually, Steinem went to Smith College and majored in government before setting off to New York in hopes of becoming a journalist. There she began writing about feminist and taboo issues, and got her big break following the publishing of her article about posing as a Playboy bunny in order to unearth the horrible treatment they suffered. From that moment on, Steinem was considered the face of feminism. As one of the leaders of the feminist movement, Gloria Steinem used her influence to fight for those who couldn’t fight for themselves.

After Steinem amassed a large following, she was able to use her platform to discuss people and topics that were otherwise ignored. She founded “Ms.” magazine, which highlights underrepresented women and headlines taboo topics. “Ms.” magazine discussed topics like how to help victims of domestic violence, why women hate their bodies, and women’s personal experiences with abortion. These topics were ones that were pushed away, ones that nobody talked about. It was one of the only reputable sources on women’s matters at the time. By discussing these issues, Steinem was helping and writing for other women who didn't see their issues on the media. She was giving women a chance to speak out and listen. A hero doesn’t only help others, they spread heroism to others. They allow for every person to be a hero and make a change in their own life. Steinem didn’t only write about issues she struggled with. She helped fight to end oppression from matters she didn’t suffer from herself, including gay rights and racial inequalities. She used her platform to speak out about many taboo topics and to give a voice to others who were otherwise ignored. She was one of the few people discussing these matters at the time, and not only did she speak about matters that personally affected her, she also wrote about matters that affected those around her. A hero doesn’t try to help only a group that they are a part of, a hero helps everybody. Heroes use their position of opportunity to speak for others and to share the ideas of those who don’t have the reach to do so. Gloria Steinem gave others a way to speak, share, and become heroes themselves.

As a little girl, she had always been resilient and worked very hard to get to college. After graduating, Steinem took the huge leap of faith to go to New York to become a journalist. New York, the “Big Apple,” is one of the hardest places to make it big in, but she took that chance. Her perseverance shines the most when discussing her treatment there. As Steinem once said, whenever she gave a written article to her boss, he gave her two options: “Either I could go to a hotel room with him in the afternoon, or mail his letters on the way out. Needless to say, I mailed the letters, but I just assumed I had to put up with this.” Back then, the majority of women in the workplace had to deal with this unprofessionalism and disrespect. They were always subjected to lower work and not taken seriously at all. That was just the way things were for women, and that was going to be their future if it didn’t change. Steinem, however, kept working to climb the ranks. Eventually, she was able to leave and work for her own magazine. This perseverance gives hope to us that our future is in our own hands. We can face all that is thrown at us if we have the confidence and perseverance to rise above it. 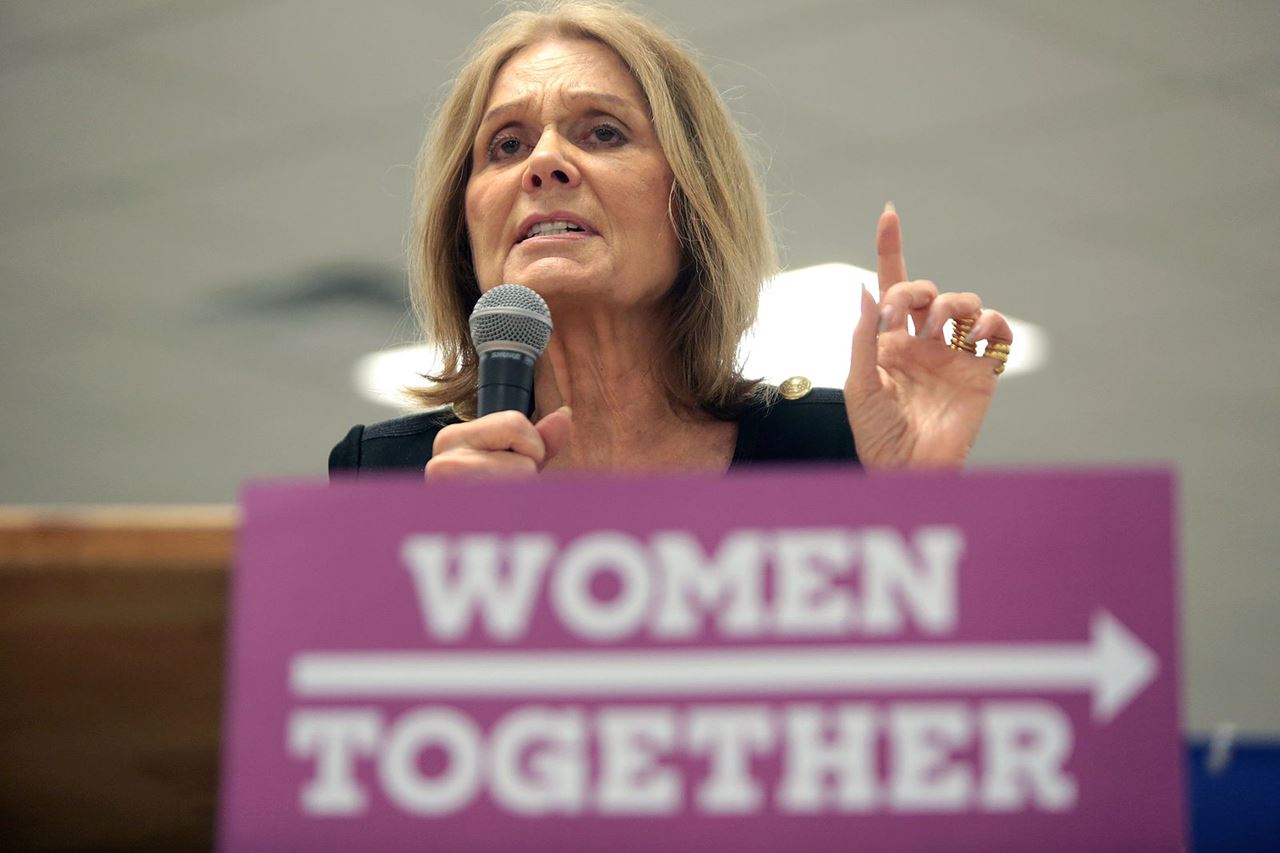 Courtesy of Gage Skidmorehttps://commons.wikimedia.org/wiki/File:Gloria_Steinem_by_Gage_Skidmore.jpNot only did Steinem fight for equal rights back in the 1960s, she’s still working. She is speaking out and still fighting to get more coverage on the misogyny going on in the world. In regards to Anders Breivik, the man who massacred 77 children at a democratic summer camp, Steinem says, “[Anders Breivik] was clearly motivated by woman-hating and the cult of masculinity. His own manifesto made super-clear that he hated his mother and stepmother for being feminists and 'feminizing' him, that feminists made 'men not men anymore.' How far have we come if that part of it barely got any coverage" (Newsweek). Steinem has acknowledged that many believe that the fight for feminism is history and that women won the battle for equal rights a long time ago. However, misogyny is still abundant in our society. The fact that Breivik was driven to slaughter children due to his women-hating is heartbreaking and disturbing, but nobody is talking about it. Steinem, to this day, is working to abolish the hatred towards women. To keep fighting after 50 years is a huge display of perseverance. A hero perseveres to try to reach a happy ending, even if they don’t know if it will happen.

Steinem inspires me every day to speak out for what I believe in. Her persistence in setting out for a career in journalism is impressive enough, and to then use that platform to speak about “forbidden” topics is even more noble. She took the first step, and set off the reaction that evolved into the feminist movement. Steinem defied stereotypes and was a proud, outspoken woman in the 1960s. It’s extremely important, especially for women, to have a strong hero to look up to. In a world full of celebrities and shallow people who catch their ten seconds of fame, we need heroes that we can aspire to be. A good hero does not have to accomplish fantastic feats. A hero is someone who never stops fighting for others, who never stops fighting with others, and who never stops fighting for a world that lets us be unabashedly us, and as Gloria Steinem once graciously said, ‪"The truth will set you free, but first it will piss you off."‬‬