by Gleb B. from Montvale, NJ

Is there a doubt whether a common government can embrace so large a sphere? Let experience solve it.

George Washington was a general who led the Continental Army--the first army of the American Colonies--in the French and Indian War, and then in the American Revolution. He later made his mark as the first president of the United States of America. As father of our country, George Washington is one of our greatest heroes.

This remarkable man was born in Westmoreland County, Va., on Feb. 22, 1732. He was the eldest child from his father Augustine Washington's second marriage to Mary Ball. He lived in the family estate on Pope Creek until his father died in 1743. After that he went to live with his older half-brother, Lawrence, at Mount Vernon. Lawrence became like a father to George, and he helped launch his career. The young Washington wanted to go to sea, but his mother discouraged this (because it was unsafe), so he turned to surveying instead. Eventually, Washington was appointed surveyor for Culpepper County. When Lawrence died of tuberculosis in 1752, Washington inherited Mount Vernon.

By 1753, the rivalry between the French and the British created new opportunities for Washington. He was sent on a dangerous mission to a French fort. Although only 22, Washington learned quickly, meeting and taking care of any problems that arose.

During the French and Indian War, Washington set up a quick fort, called Fort Necessity, when he heard that French troops were coming his way. When French troops arrived, Washington was defeated there. Disappointed by his loss, he resigned. He later joined an expedition and tried to rally British troops after the leader of the expedition was ambushed. Washington's military reputation was enhanced and he was promoted to colonel. He helped in the war many times more and became a mature soldier with a firm understanding. Washington left the army in 1758 and returned to Mount Vernon. In January 1759, he married a young widow named Martha Dandrige Custis.

Washington became a Virginia politician and was present at the first Continental Congress as well as the second. In June 1775, he was Congress' unanimous vote as commander-in-chief of the Continental Army.

During the American Revolution, Washington led the soldiers to many victories. Among these victories was the battle of Trenton, a campaign in which the men had to cross the in the middle of the night, and which was predicted to fail. They won at Yorktown, the final battle of the revolution. He was never hit, although he was said to have rode straight through the gunfire in order to rally the troops. He claimed to be invulnerable to bullets. Washington's losses at New York did not discourage him in the least, and he kept right on fighting until the ultimate victory of the war belonged to the Americans.

After the war, Washington yet again returned to Mount Vernon. He tried to avoid politics and focus on his estate, but in this he was unsuccessful. After the new constitution was submitted to the states and became legally operative, he was unanimously elected president. In his first inaugural speech, he accepted the position, but only reluctantly.

As president, Washington acted carefully in everything he did and made all the right choices. Because of his success, he was reelected for a second term. He left office in 1797 and died at his estate on Dec. 14, 1799.

For this project I used the Internet and also a book at home called The Life and Times of Washington. This project was really fun! 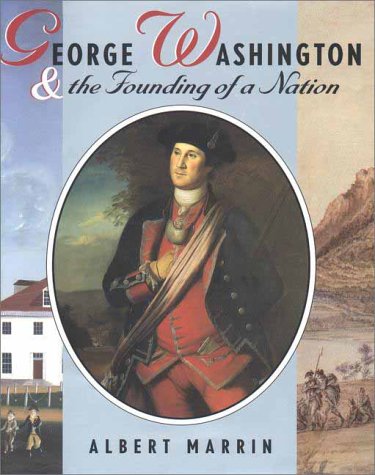 George Washington and the Founding of a Nation
Albert Marrin, Donna Brooks (Editor) 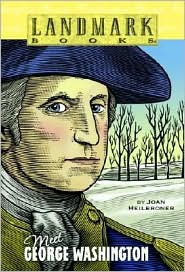 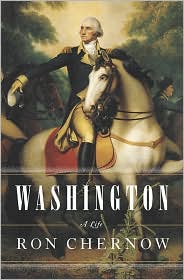 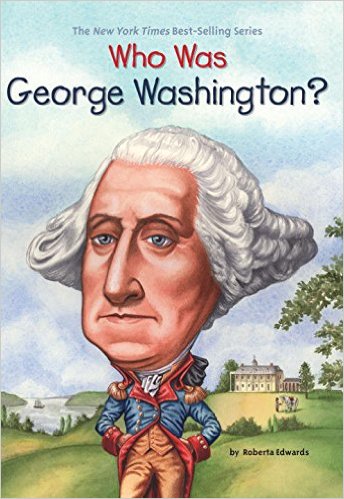 Who Was George Washington?
Roberta Edwards

My hero is George Washington. Unfortunately, Washington's name has become so familiar that we forget what a great person he was. He commanded a ragtag army of volunteers against what was then the mightiest force in the world: the British empire. He did so not from the comfort of a Manhattan townhouse, but from shared quarters in the frozen fields of Valley Forge.

After leading his men to victory against all odds, Washington retired to Mt. Vernon rather than following the 18th-century custom of crowning himself "emperor." Several years later, his peers elected him Chairman of the Constitutional Convention, the most illustrious gathering in America's 200 year history. Washington presided over three months of torpid heat and even hotter debate to secure a document that elevated the rule of law over selfish ambition and laid the foundations for the world's most enduring democracy. And, finally, he was chosen as the first elected leader of that nation, a post from which he voluntarily stepped down to once again become a private citizen.

A man of true intellectual and moral leadership, our first president deserves a place in your hall of heroes.