Gwendolyn Midlo Hall: Pioneer in the Research of Enslaved Africans in Colonial Louisiana 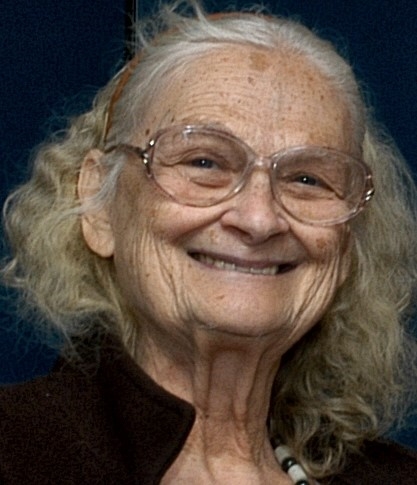 Gwendolyn Midlo Hall, 2008Wikimedia CommonsGwendolyn Midlo Hall was an American historian, focusing predominantly on the history of enslaved peoples in the Caribbean, Africa, the African Diaspora in the Americas, Latin America, and Louisiana. Her studies centered around the ethnic origins of enslaved Africans brought to Louisiana in the 18th and 19th centuries, and the process of creolization. Her findings revolutionized the research and subsequent teaching of these topics and challenged the widely accepted scholarly notion that colonial Louisiana was shaped by parts of the French-speaking Caribbean, such as Haiti.

Born in 1929 in New Orleans to civil rights and labor attorney, Herman. L Midlo and his wife Ethel, Gwendolyn Midlo Hall was very much influenced by her father’s activism. In a 2021 interview, she spoke of the ‘terrible’ education she received in New Orleans, and the way that black people were presented as ‘inferior, ignorant, only capable of learning how to serve, violent, and dangerous.’[1]

This inspired her own activism; at only 16 years old in 1945, Midlo Hall helped to organize the New Orleans Youth Council, which aimed to help African American voter registration and defied racial segregation laws. A year later she was elected onto the Executive Board of the Southern Negro Youth Congress, an organization founded in 1937 which fought to end lynching, racial discrimination and segregation, and to achieve voting rights for everyone alike. She was also extremely active in Henry Wallace’s presidential campaign for the Progressive Party in 1948 and was arrested a year later for ‘violating a city segregation ordinance.’[1]

Arguably her most prolific work, however, took place in the 1980s:

‘While conducting research at a courthouse in Louisiana, Gwendolyn Midlo Hall discovered a book written by 18th-century notaries that meticulously recorded details about hundreds of enslaved individuals: their names, where they came from, their skills, even their inclination toward rebelliousness.

As Hall told the New York Times’ David Firestone in 2000, she was “astounded”; English colonists rarely documented such information about the individuals who were brought from Africa to toil as enslaved laborers in America. Most scholars had assumed that details about their identities were simply lost to the passage of time.

Hall subsequently began a years-long investigation of neglected archives in Louisiana, France and Spain, where she found similarly revelatory records about enslaved individuals in colonial-era Louisiana. With the help of five assistants, she compiled that information into the “Louisiana Slave Database and Louisiana Free Database 1719-1820.”’[1]

The database identified around 107,000 enslaved Africans and documented their name, gender, age, occupation, familial relationships, ethnicity and place of origin, prices paid by slave owners, slaves’ testimony, and even the emancipation of slaves. It was first published as a CD in 2000 by Louisiana State University Press, and then online in 2001 by ibiblio. With most academic circles accepting that colonial Louisiana was shaped mostly by Haiti, this database highlighted the fact that most enslaved Africans brought to Louisiana actually came from Senegal and Gambia, making for a much more accurate idea of how colonial Louisiana and creolization came to be.

This database has also enabled families to trace their ancestors in a way that they had not previously been able. Having passed away in August of this year, Gwendolyn Midlo Hall has left behind a legacy like no other, having shed light on a significant part of America’s history.

Gwendolyn Midlo Hall, Whose Database Identified Thousands of Enslaved Laborers, Has Died at 93 - The Smithsonian Magazine article, from which an excerpt has been taken, can be read in its entirety here.
Interview with Dr. Gwendolyn Midlo-Hall - October 2021 - The interview mentioned can be watch in full here.
Afro-Louisiana History and Genealogy 1719-1820 - Explore the database here.