by Cara McPhie from Los Angeles, California in United States

Don’t ever stop. Keep going. If you want a taste of freedom, keep going. 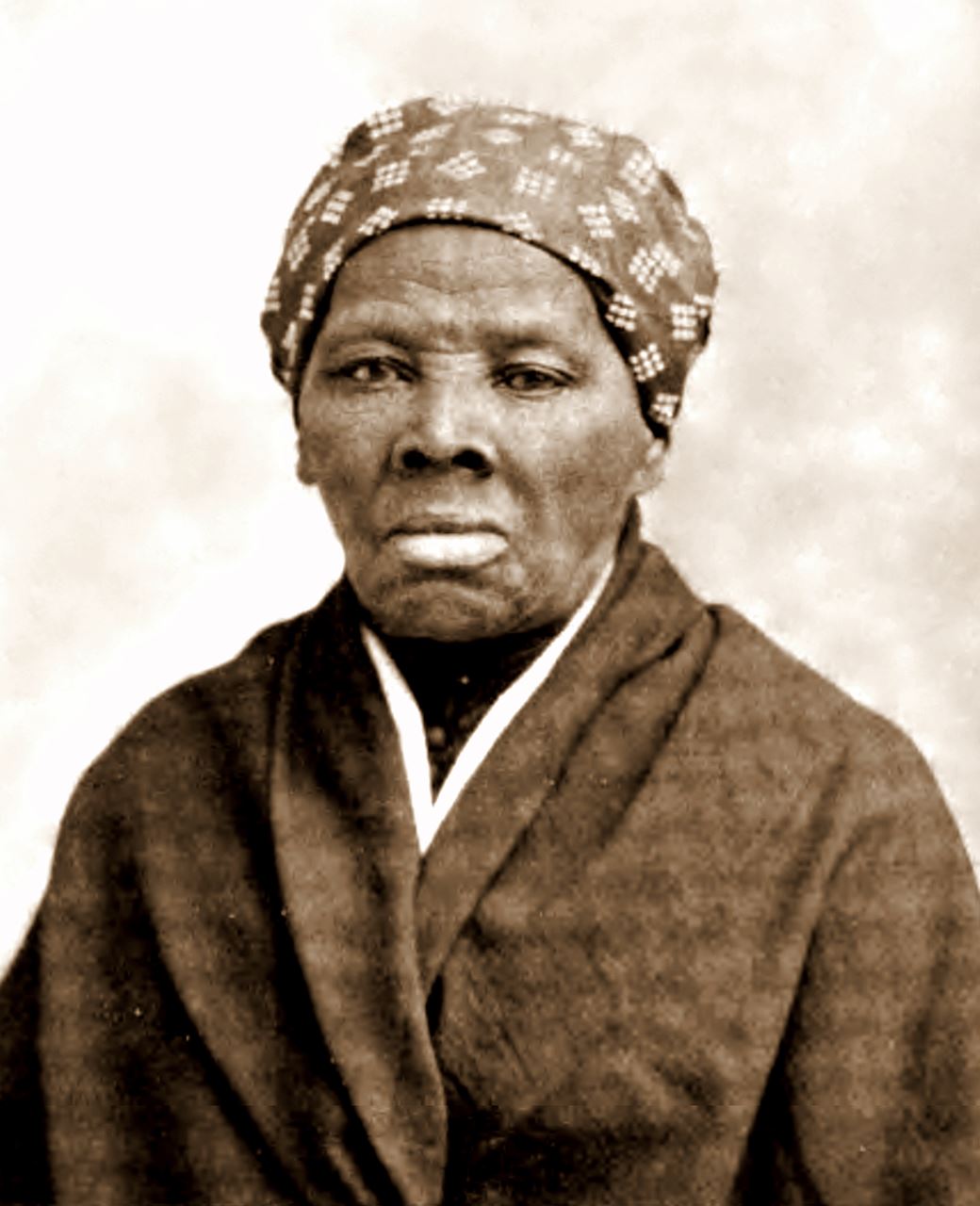 Harriet tubmanPhotographer: Horatio Seymour Squyer, 1848 - 18 Dec 1905, Public domain, via Wikimedia CommonsAn extraordinary act of servitude is to lay down our lives for something greater than ourselves, and this is exactly how Harriet Tubman lived her life! To call her a hero is a grave understatement. However, I highly doubt she thought herself as one. "It wasn't me, it was the Lord! I always told him 'I trust you. I don't know where to go or what to do, but I expect you to lead me.' And he always did!" To lean on a higher power in this way requires much more than just trust, it requires a level of intimacy like no other. Harriet recounts many occasions where the voice of God literally told her which way to go. She trusted his voice because she knew his voice. The more time we spend in someone's presence, the more we know their voice. For Harriet to undoubtedly follow a voice, she must've spend many hours, days, months, years listening to and getting to know that voice first. She was called "Moses" because she freed enslaved people. The slaves of Egypt, God sent Moses. The slaves of America, God sent a black woman. I think there's another reason for her nickname. Moses also had an undoubtable trust in the voice of the Lord!

Harriet Tubman was born as Araminta or "Minty." She was born a slave to parents Harriet "Rit" Greene and Benjamin Ross. Under the laws enacted under the American colonies of the seventeenth century, any child born to an enslaved woman was also enslaved. Even if the father was a free man, black or white, it didn't matter. The ownership of the child belonged to the mothers' masters. For this reason there is no record of Harriet's exact date of birth. However, the location of her birth was a plantation owned by Anthony Thompson in Dorchester County, on the eastern shore of Maryland. Thompson was known to be a successful businessman who owned more than 40 enslaved African Americans in his lifetime. Harriet being one of them! By 1824 Harriet, her mother and eight other siblings were forced to leave the Thompson plantation. Although Harriet was now ten miles away from her father and the black community that had become her family, she was determined to not let go of the strong ties she had to them.

Harriet's next owner was the son of Thompson's second wife, Edward Brodess. His mother died when he was young, so when he came of age and gained the rights to his inheritance, that included Harriet, her mother and siblings. Brodess hired her out to many other masters. She suffered lifelong injuries from her hired masters. She was frequently whipped as a young child, forced to work in freezing winter waters, which resulted in her constantly being sick. On top of all the physical pain she endured, she also suffered from severe loneliness and mental illness caused by the separation from her family. The worst of all her injuries came from an iron weight thrown at her head. Harriet had been hired out by another farmer that lived close by and was told to accompany the cook to the local market. When in the market Harriet tried to help a young slave boy trying to escape, the overseer tried to apprehend the boy by throwing an iron weight, but it hit Harriet instead. It was a miracle that she survived, and even though she was near death, Harriet was forced to return to the field. She told her friend, Emma Telford, later in life, "I went to work again and there I worked with the blood and sweet rolling down my face till I couldn't see." As a result of the injury she experienced headaches, seizures, as well as vivid dreams or visions that would later come to pass. It was almost like her brain injury opened up her unconscious to a higher level of spiritual connection. This connection guided her steps as she fled from slavery and later went back to free others. 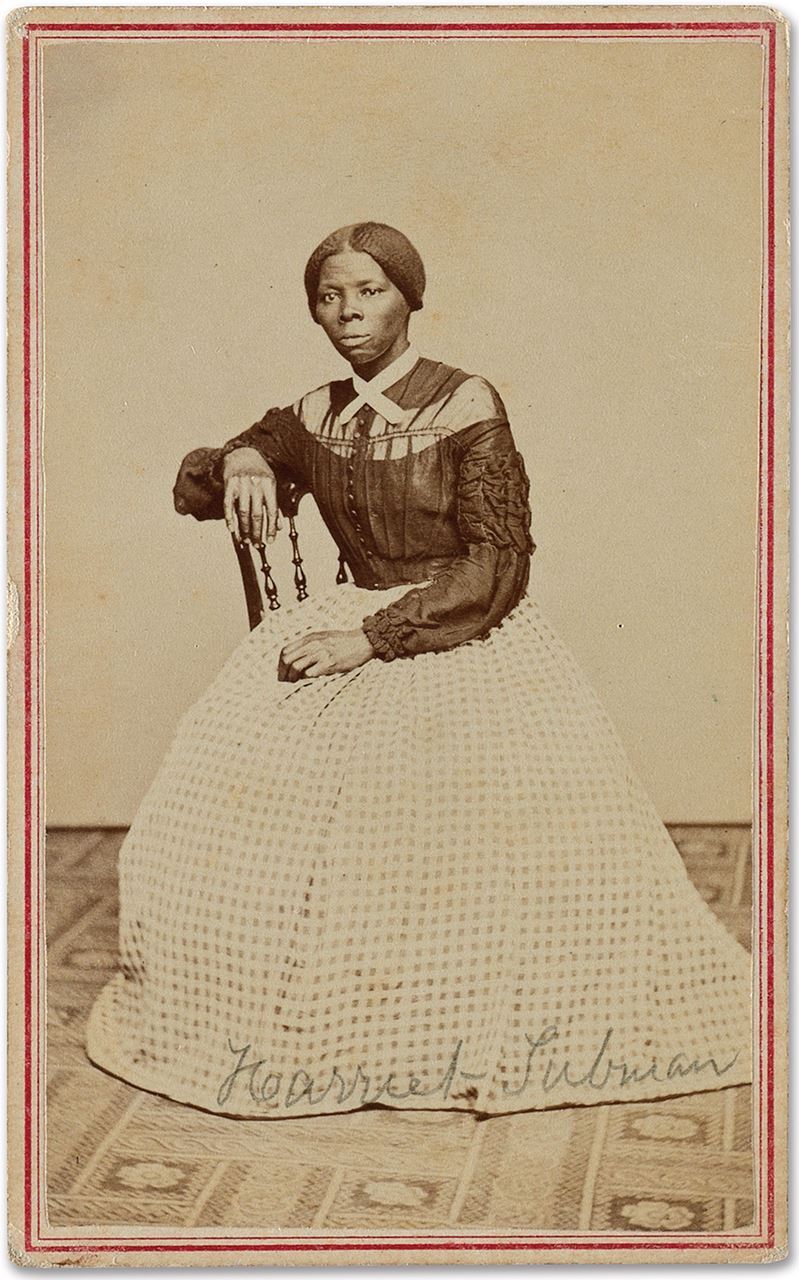 Harriet TubmanBenjamin F. Powelson [Public domain or Public domain], via Wikimedia Commons1844 Harriet married a free man by the name of John Tubman. His love for Harriet must have been strong because John had the option to marry a free woman from his community, giving him rights to his wife and their children together. He chose to love Harriet instead. In 1849 Edward Brodess died. The fear of being sold away from her husband was the catalyst of Harriet's fight for freedom. John, however, didn't follow suit and instead stayed to marry a free woman. Harriet's heart break didn't stop her from returning to free her family and community. Her journey began through the Underground Railroad. She used the North Star, a well-known symbol of freedom that many black people used to lead them to freedom, as well as black and white allies that helped instruct and house her. December 1850, Harriet accomplished her first rescue. She worked as a domestic, enabling her to save what money she could to assist her missions. She disguised herself as a man, a free woman, an old woman. One time she pretended to be carrying a chicken back to her master, and when she saw two white men on horses approach her, she "dropped" the chicken and began frantically chasing after it yelling, "my master's chicken." The men were distracted and carried on, leaving Harriet be. She carried a revolver to protect herself but to also encourage her passengers to keep going when their fear arose. Harriet made alliances with other abolitionists like Tomas Garret and Frederick Douglass, along with others, and they helped her make approximately 13 trips, rescuing 70-odd individuals. The trips that she couldn't physically take herself, she left detailed instructions for a further 50-odd people to find freedom. She brought with her her entire family, including her three brothers and parents. Harriet's final trip was in 1860; she went back for her sister and children. When she arrived she found out her sister, Rachel, had died. Unable to get to Rachel's children, she turned to another family in the community. "I was the conductor of the Underground Railroad for eight years, and I can say what most conductors can't say; I never ran my train off the track and I never lost a passenger." Harriet is quoted saying this in her autobiography, and she was correct.

Harriet committed her entire life to the pulling down of slavery; she even speaks of having a vision of the institution ending three years before the Emancipation Proclamation in 1863. Harriet's fight led her to South Carolina in the Civil War where she worked in service of the Union Army. In June of that year, she was the first woman to direct an armed military raid, resulting in the liberation of over seven hundred slaves into freedom. Harriet returned to Auburn, New York after the war finished. She remarried and adopted a daughter. She also continued community activism work and women's suffrage. She may have financially struggled her whole life, but that never stopped her from fighting for others. Whatever form that fight took, nothing stopped her from the fight for freedom. She may have lived almost one hundred years before the great Dr. King, but his words "injustice anywhere is a threat to justice everywhere" were Harriet Tubman's life work! Freedom for herself wasn't enough; she knew true freedom wouldn't come until all were free. She saw that freedom and she had immense trust in its reality. Harriet Tubman died at the age of 90 in Auburn, New York on March 10th, 1913 as a free woman!

In culture today there is a sense of almost violent individual independence that was passed down through European beliefs. It stems from a culture that believed in a God who created man and then disappeared up into the heavens. This God was a tyrant for authority and enforced his idea of right and wrong. This belief created a mind set amongst, mainly, white Europeans of individualism. This sense that if I have mine, if I'm doing "right" by God, then all is well and everyone else must do the same. Harriet was not from this belief. In ancient African culture they believed in a God that came down, made mankind and dwelt amongst the people. This God was one with the people, and the people were one with him. The sense of deep community, "it takes a village to raise a child," comes from this belief. If one person is hurting, then all people are hurting. Harriet was from a people connected on every level, which resulted in their injustice being hers as well. It led her to risk her own safety, health and even life time and time again because she knew that her freedom wasn't just hers; instead she was a vessel for freedom to flow through and pour onto others.

Harriet Tubman Quotes - This site has 12 of Harriet's most famous quotes.
Harriet Tubman Biography - The story of "Minty's" life
Harriet Tubman: They called her Moses - A documentary made in 2018 detailing her life