by Cynthia Li from San Diego, California in United States

“I would like to make a film to tell children, "It's good to be alive".” 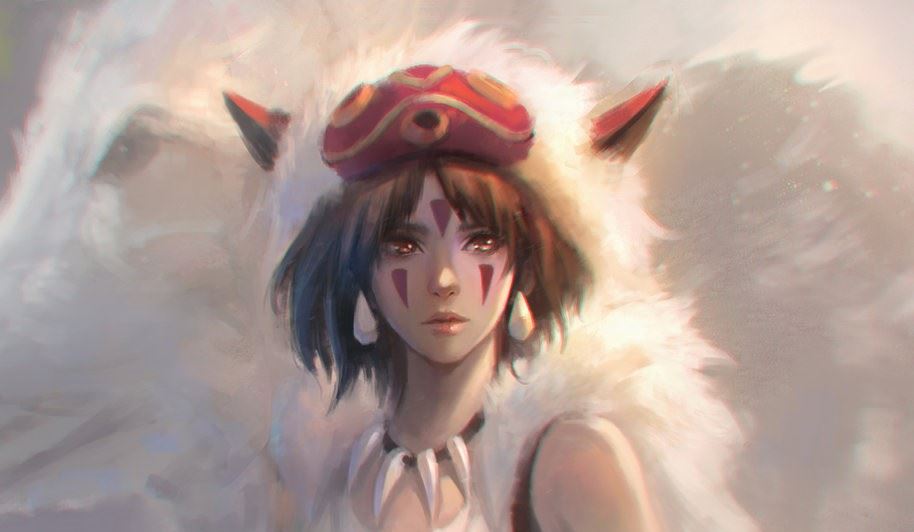 Princess Mononokechaosringen.deviantart.comWhen the word “hero” is uttered, one would envision great activists who fought for the rights of the common man, or a noble war general who single-handedly turned the tides of battle in their favor. What would be envisioned is someone who strove hard and far for the good of others. On the contrary, to become heroes, they really don’t have to do anything incredibly mind-blowing, but rather do something that causes others to admire or revere them. Heroes can be anyone, at any time, as long as at least one person considers them to be heroic. From there,  heroes will end up touching the lives of many, whether or not the masses know him by name. To get there, no heroic figure can reach the position of respect without having worked hard in order to achieve the level of skill or an admirable goal. All heroes would do things such as actively promoting their values that transcends the bounds of what normal people would bother going.  A hero never shies away from pushing themselves to the limits in order to achieve his goal. 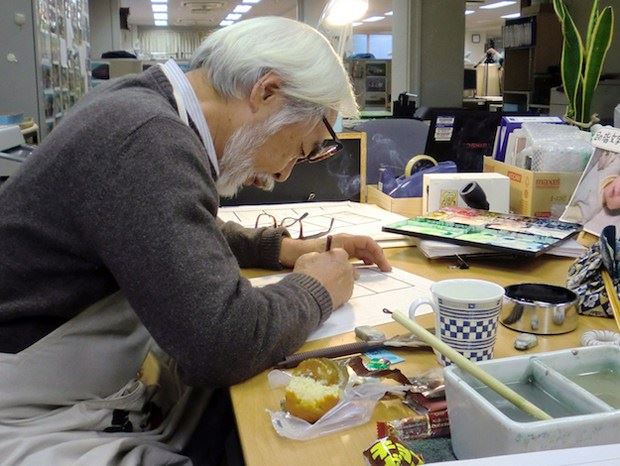 Hayao Miyazakiwowjapan.asiaContrary to the typical hero that one would envision, Hayao Miyazaki does not serve as the type of hero admired for being brave or saving lives, but rather for his amazing animations and diligent attitude. As a child, he was born to a family who made warplanes and saw many sceneries that inspired the contents of his current films. Since he was a youth, Miyazaki dreamed of professing in art, such as comics and animation, and has been pursuing the dream for more than 60 years. Now, Hayao Miyazaki is a famed Japanese animator who is well admired for his legendary skills in art. His position has been elevated to the point where he is often seen as the “god of animation,” and someone whose status is often said to be at least equal to that of even the exalted Walt Disney. A hero must possess the diligence and hard working attitude in order to climb to their goal, where in Miyazaki’s case, is the to touch the hearts of the masses, spreading good to all. Miyazaki clearly displays these qualities all throughout his artistic career, successfully landing him in the spotlight of numerous fans’ admiration. Hayao Miyazaki isn’t your typical “saving lives” hero; he works hard, and diligently in order to gain the godly artistic skills he uses in order transcend the average person to spread his beliefs through both his films and actions. 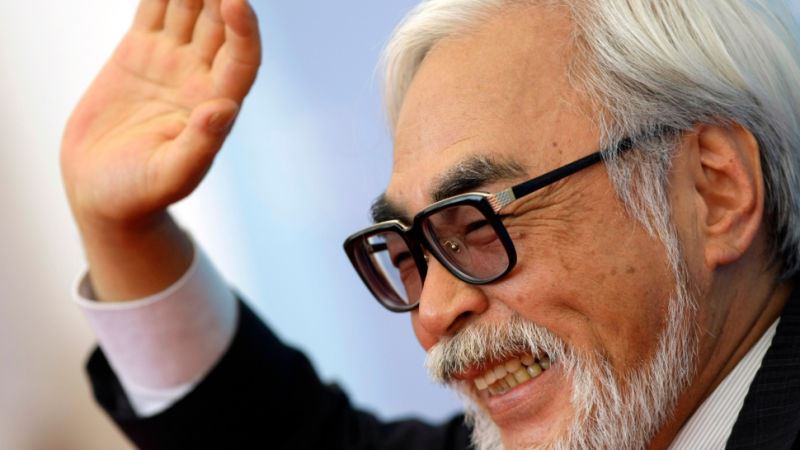 Hayao Miyazaki addressing publicsbs.com.auThrough the films he produces, Hayao Miyazaki is determined to promote his beliefs and even stands up for his values during actions in real life too. As any human does, Miyazaki has his own beliefs and opinions; as an artist, he shares them with the world through the arts he creates. Miyazaki commented in an interview about what he hopes can be conveyed through the films he writes and wishes to write: "Well, yes. I believe that children's souls are the inheritors of historical memory from previous generations. It's just that as they grow older and experience the everyday world that memory sinks lower and lower. I feel I need to make a film that reaches down to that level. If I could do that I would die happy".(Brooks) In this dialogue with Miyazaki, he clearly states that he “feels the need” to convey his views on the diminishing existence of innocence to the audience, which means that truly from his heart, he has a value which he really wishes others to understand too. He believes that as innocence disappears, society grows darker and more consumed with selfishness which may lead to stifling of “goodness”. Not only did Miyazaki learn and think about the many moral aspects of what he has seen in his seventy-plus years of life, but he also feels the need to reach out to his audience, to promote his belief that innocence will turn society for the better instead of just knowing it for himself. Although incorporating his beliefs into cute animations is Miyazaki’s most well-known method to promote and spread his life lessons, Miyazaki isn´t afraid of making decisions based on his values either; in the past, he was presented with a clip of a grotesque AI experiment, where humanoid figures were seen crawling around using their head and limbs, with supposedly no sense of pain; Miyazaki was offered the choice of incorporating it into his animation. Although other animators are incorporating these darker elements, Miyazaki vehemently refused to do the same because it goes against his belief to promote innocence: “I am utterly disgusted. If you really want to make creepy stuff, you can go ahead and do it. I would never wish to incorporate this technology into my work at all… I strongly feel that this is an insult to life itself.”(1:15 - 1:28) Not only in films, but also real life, Miyazaki isn’t afraid to express his own opinions about ethical issues. Miyazaki mentions how the AI is a ¨insult to life itself,¨ because it does not reflect any humanity, purpose, or empathy. Because the conference was clearly filmed and would be up for public evaluation, Miyazaki knowingly turned down what people would call an excellent offer (due to the appeal of being “upgraded” from traditional technology to the exalted artificial intelligence) in order to uphold this sense of justice he embraces. Therefore, it is evident that Miyazaki’s diligent commitment to his beliefs creates a powerful and unified message throughout his career, allowing it to touch the hearts of many to make the world a better place. Not many people bother to promote their values, or spread their beliefs as diligently and skillfully as Miyazaki, showing his heroism as he stands out above the average efforts to create goodness through his stories. 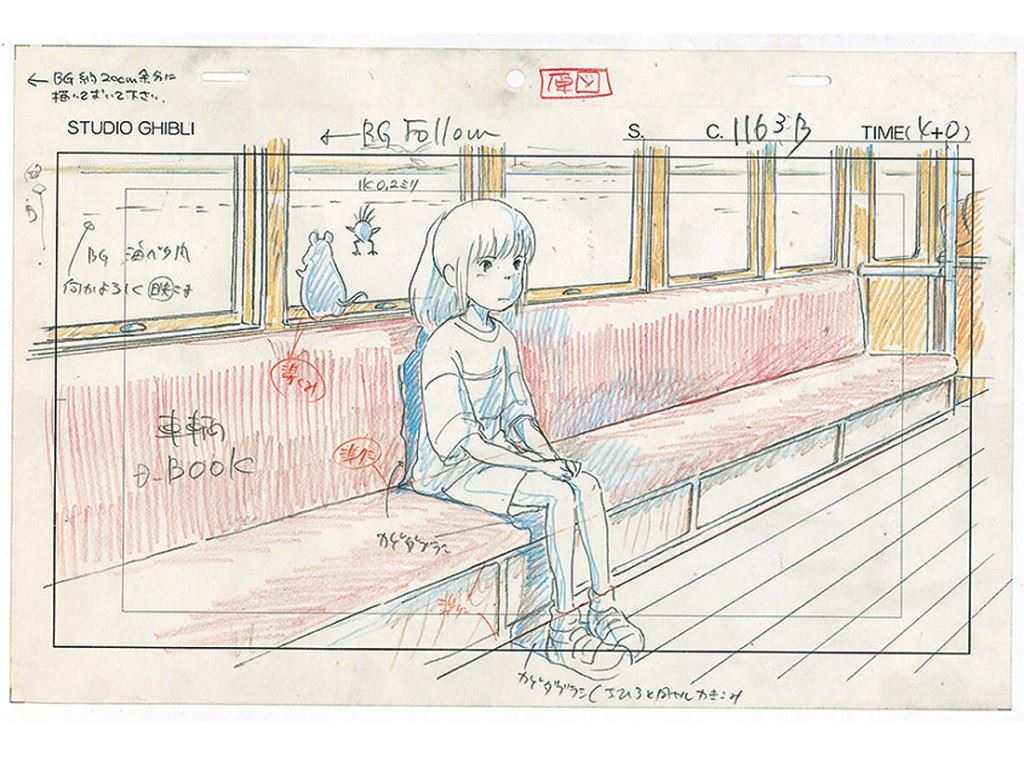 Scene from move Spirited Awaymodartmbafashion.wordpress.com
In addition to promoting values, Miyazaki works harder than the average person to gain his godly skill in story-weaving and animation to reach a high enough level to successfully have his message reach the masses. Mexican film writer Guillermo del Toro, a huge admirer of Miyzakiś work, was interviewed over the phone about what he thought about Miyazaki´s internationally popular film Spirited Away: “He[Miyazaki] always looks for grace or power, and he can use power for good guys and bad guys equally, and he can use grace for destructive monsters or beneficial monsters… He understands that one of the essential things is to not seek anything good because by definition something will then become bad.”(Dargis, par. 15) The understanding that nothing is purely good or evil that Toro explains in Miyazaki’s work, Spirited Away, shows how skilled Miyazaki is in weaving the characters within his film to explain his point through the power of his artistry. Since Toro is a veteran film writer himself, it means his evaluation is also credible, supporting the idea that Miyazaki is an incredibly skilled story-weaver who creates a world through his art which highly influences the world in a positive way. Even when suffering the consequences of old age, Miyazaki retired from retirement in order to continue pursuing his passion for animation: ¨On January 14, 1998, Miyazaki had announced that he would be leaving Studio Ghibli. His eyesight was failing, and he believed that he could not guarantee as high a quality of art in his motion pictures as he wished… Yet on January 16, 1999, he returned as the shocho, or leader, of Studio Ghibli, taking a strong role in asserting organizational discipline and focusing employees on their tasks.¨(Schlager, par. 12) Despite the cumulative effects of old age and failing eyesight, Miyazaki refused to withdraw from the world of animation. Even though the ability to see is the most crucial of the five senses for an animator, Miyazaki felt that the many messages he hopes the public will understand were too important for him to stop, even though it would mean working harder to overcome his vision problems to maintain the same quality of art. Many people in his position would have just retired from work, but he didn’t want to stop, because animation is too important to him, which proves the extent of how dedicated he is to his passion and goal. Miyazaki’s passionate diligence and hard work to attain his level as a leading animator in order to create lasting records of positive values transcend the level of what most people are willing to achieve, qualifying him as a hero. 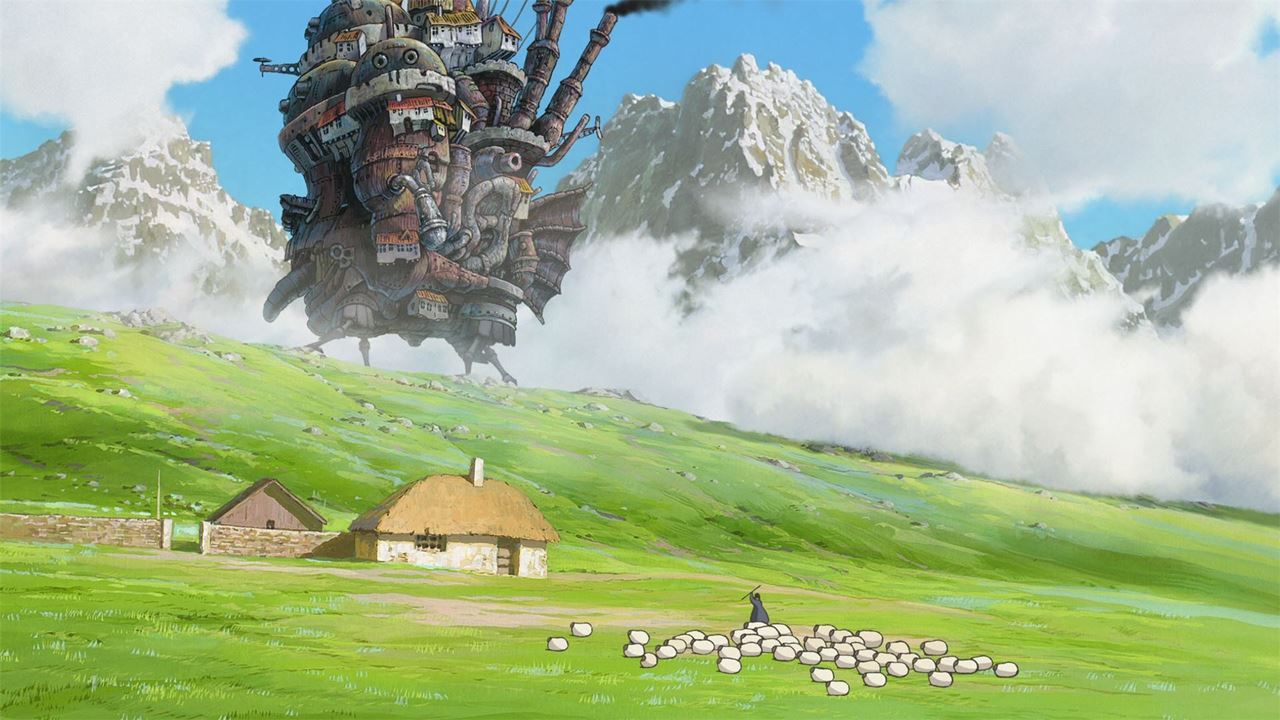 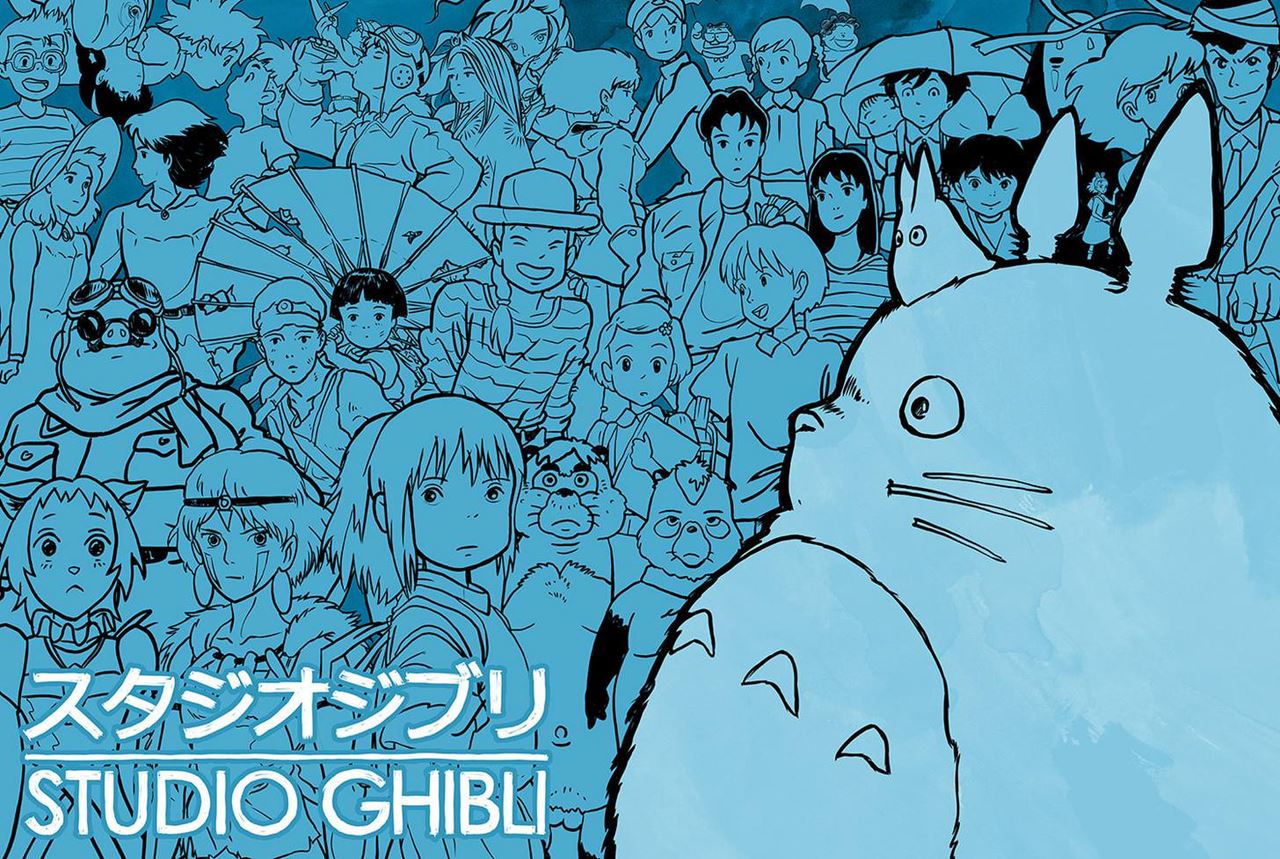 Studio Ghiblichristandpopculture.comHayao Miyazaki spreads his beliefs through both his films and actions, possesses legendary abilities in story-weaving and works diligently towards his passion for animation. From his messages for the public to his diligent studies in his passion, Miyazaki clearly a serves as a hero. He takes the inspirations and beliefs he found during his life, and not only shares them with his audience through his films, but also stays firm with them in real life. In addition, Miyazaki’s legendary abilities in drawing and animations serve as a support that he possesses a diligent attitude. Through Miyazaki’s films, both artists and the general audience are impressed by the breathtaking artwork and moved to tears by the beautiful stories. As people dig deeper into the life of the professional animator, they will realize just how passionate someone had to be in order to achieve what Miyazaki had achieved. A rather less action-based hero, Miyazaki is still a person others can look up to. People may discover the man through his beautiful films, or from the ripples of Miyazaki Fans, but overall, whether or not everyone admits him to be a hero, he is one. Thousands of artists look up to this man, admiring and respecting him for either his talent or the moving tales. One of these artists, Guillermo del Toro described, “There is a moment in which beauty moves you in a way that is impossible to describe. It's not that it's a fabrication, it's that it's an artistic act and you know nothing you will encounter in the natural world will be that pure. Miyazaki has that power.”(Dargis, par. 16) Hayao Miyazaki didn’t have to become some successful undercover spy; there will always be someone out there who would look up at Miyazaki and say, “My hero!," or even you would find yourself appreciating his movies the next time you watch Studio Ghibli.