The "American Dirt" uproar is prompting the book industry to review, reenforce, and revamp plans to become more diverse and inclusive. The publishing industry is predominantly run by white women, according to a new study.

FEBRUARY 12, 2020 - NEW YORK - As debate rages around "American Dirt," the bestselling novel criticized for its portrait of Mexican life and culture, publishers are pledging to change a historically white industry as critics question whether it can truly transform. 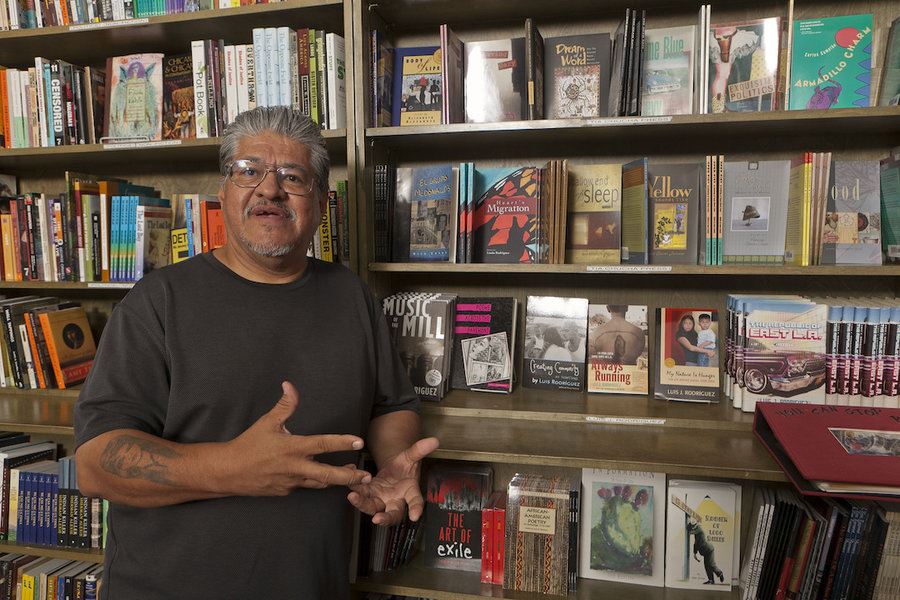 Diversity has been an issue in publishing for years, but perhaps never so urgently as in the past few weeks, when Mexican American authors and others have cited "American Dirt" as evidence of a publishing culture where white voices are valued above others. Critics say flaws in Jeanine Cummins' narrative about a Mexican mother and son fleeing to the United States were overlooked by the book's editorial and promotional team and the many writers and booksellers who were early advocates.

"Of course, we've had a lot of conversations, looking at diversity and ways – as we always do – to address the recruitment and publishing of Latinos," says John Sargent, CEO of Macmillan, which released Ms. Cummins' novel last month through its Flatiron Books division.

Marketed in part as a new "Grapes of Wrath," the John Steinbeck novel which helped define the Great Depression, "American Dirt" was lauded by an industry that is predominantly white, liberal, anxious to make a profit, and eager to make a difference. A book that Ms. Cummins and Flatiron had thought would personalize the experience of immigration instead became an example to some of its own distance from the issue.

Publishing executives and editors often shy away from discussing diversity on the record, but Flatiron president and publisher Bob Miller bluntly acknowledged they had not anticipated the "anger that has emerged from members of the Latinx and publishing communities."

"The fact that we were surprised is indicative of a problem, which is that in positioning this novel, we failed to acknowledge our own limits," Mr. Miller wrote in a recent press statement.

According to a new study by the multicultural children's publisher Lee & Low, the industry is around 75% white, and mostly female. No publisher who spoke to The Associated Press disputed those numbers, which were roughly the same as those in a Lee & Low survey released four years earlier.

"Even though there may be more awareness of diversity issues, the numbers on the industry side aren't really changing,'' says Lee & Low publisher Jason Low. "It's still a very homogeneous industry, especially in some of the executive and gatekeeping roles."

CEOs including Mr. Sargent, Michael Pietsch of Hachette Book Group, and Carolyn Reidy of Simon & Schuster say longtime barriers to diversity in publishing include the self-reinforcing networks of a historically white, upper-class industry, and the stress of being the only non-white member in a room. The industry's low salaries, "often from $36,000-$40,000 in one of the world's most expensive cities, can also make it hard to retain good people."

"They don't necessarily see a career path. They can get burned out and a little exhausted," says Nicole Johnson, executive director of the activist organization WeNeedDiverseBooks.

Jennifer Baker, an author and editor who in 2014 created the "Minorities in Publishing" podcast, says the book world faces structural issues common to a wide range of industries. Asked if she had seen signs of progress in publishing, she said she saw "no clear pathway to correction," adding that "bottom line," there won't be "sustainable change" without fully taking on the system itself.

"Children's librarians and educators have been at the forefront of urging publishers to diversify the books we offer," Mr. Pietsch says.

All of the so-called "Big Five" publishers – Penguin Random House, Simon & Schuster, Hachette, Macmillan, and HarperCollins – have for years had diversity efforts, including internships and outreach programs, and in-house initiatives like mentoring and requirements that all job openings include a diverse range of candidates.

In 2019, Penguin Random House announced a "Strategy Plan" with goals including the diversification of employees and a more inclusive work culture. But the publisher faced its own embarrassment last week. It had collaborated with Barnes & Noble on "diverse" editions of such classic literature as "Frankenstein," "The Wizard of Oz," and "Romeo and Juliet" to honor Black History Month, which takes place in February. The covers featured illustrations of the main characters with dark skin, while the texts, mostly by and about white people, were left the same. After widespread criticism online, with many wondering why the publisher and Barnes & Noble didn't simply promote writers of color, the program was canceled.

"These recent events underscore the critical importance of the work we have to continue to do together," says Penguin Random House US CEO Madeline McIntosh, adding that the publisher would "recommit" to a "full range of perspectives, experience, and expertise."

Earlier this week, Myriam Gurba, David Bowles, and other prominent critics of "American Dirt" met with Flatiron executives. In a press release issued after the meeting, the writers – members of the activist group #DignidadLiteraria – said Macmillan had committed to developing an "action plan" within 90 days. Mr. Sargent declined to offer details but confirmed there was "an agreed upon effort" to address diversity.

Imprints dedicated to diverse voices have been around for decades and continue to be formed, among them One World at Penguin Random House and Simon & Schuster's 37 Ink. HarperCollins imprints include Amistad Press, one of the country's oldest African American publishers; and the Native-focused Heartdrum, scheduled to begin in 2021.

Amistad's editorial director, Tracy Sherrod, says she hopes to publish around 20-24 books this year, double what Amistad was releasing when she joined it eight years ago. Amistad's books range from Jacqueline Woodson's novel "Another Brooklyn" to Jennifer Lewis' memoir "The Mother of Black Hollywood."

"I first came into publishing in the 1980s and at that time it was believed that black people didn't read. That statement was made to me multiple times, so we've come a long way, a long way baby," she said with a laugh. "We're growing as an industry, but there will be some growing pains."

Since 2016, the trade group the Association of American Publishers has partnered with the United Negro College Fund for a paid internship program that places around 10 students each year. The activist organization WeNeedDiverseBooks works with publishers and agents to recruit interns; the program began with five interns in 2015 and will likely place 15-20 this summer. Out of 44 interns, 39 have since graduated from college and 30 have found full-time work in publishing, according to the organization.

Recent interns who spoke to The Associated Press had positive memories and said they learned valuable lessons.

"It made me want to continue pursuing a career in publishing," said Michaela T. Glover, who interned at Candlewick Press in 2018 and is now an intern at Heineman. Among other things, she said she read a few "tremendous manuscripts" and contributed to the illustrator meetings.

"I am still seeking to be a part of publishing and striving to have more diverse and inclusive stories and environments," she said.