On December 18, 1990, the United Nations General Assembly adopted the International Convention on the Protection of the Rights of Migrant Workers and Members of their Families.

Migrants are those who leave their country, usually to seek a better life. UN Secretary-General Antonio Guterres stated:

"Migration has always been with us. Climate change, demographics, instability, growing inequalities, and aspirations for a better life, as well as unmet needs in labour markets, mean it is here to stay. The answer is effective international cooperation in managing migration to ensure that its benefits are most widely distributed, and that the human rights of all concerned are properly protected."

As of 2015, there were approximately 244 million international migrants, with nearly two-thirds in Europe and one-third in Asia. Research has shown migration can be beneficial for both the country of origin and the destination country of migrants.

In the US alone, "immigrants have founded or co-founded companies such as Google, Intel, WhatsApp, PayPal, eBay, Tesla and Yahoo! Although they make up less than 15 percent of the population, skilled immigrants account for over half of Silicon Valley start-ups and over half of patents." - UN.org

Stories Exploring the Lives of Migrants for Greater Understanding

By: Marilyn B
Cesar Chavez was a migrant farm worker and civil rights activist who co-founded the United Farm Workers Association.

By: Eva Gravin
North Korean Hyeonseo Lee hid in China for 10 years before guiding her family and herself to South Korea for asylum.

By: Wendy Jewell and David Kemker
Budi and Peggy Soehardi Roslin Orphanage provides a loving home to care for displaced and orphaned children in East Timor.

By: Amanda from San Diego
"To live a visual life is an enormous undertaking, practically unattainable... But I have only touched it, just touched it." -Dorothea Lange

By: Monica Olson
Judith Ann Mayotte is a former Catholic nun, television producer and humanitarian who wrote "Disposable People? The Plight of Refugees" in 1992.

By: Wendy Jewell from The My Hero Project
Johann Olav Koss is a Norwegian Olympian who founded Right to Play.

The Global Refugee Mural created by Joel Bergner with Action Ashe! Global Mural Project is in Maryland to illustrate the different cultures found in this vibrant community.

This mural created by Joel Bergner with Action Ashe! Global Mural Project is located in the Highlandtown neighborhood of Baltimore, celebrating the history and culture of the immigrants of the community.

Our Dreams and Treasures

By: Okazakijosei High School in Japan and Iraqi/Palestinian Refugee Team in Jord...

High school students from different backgrounds illustrate their hopes and origins in this mural achieved in Jordan as part of a cross-cultural activity.

Films that Shed an Intimate Light on Migration

HIAS - For the Refugee

Moth
This film was produced for World Refugee Day, to publicise and spread awareness on HIAS' mission and values for the last 130 years.

The Fabric of America

This film explores the many issues underlying the broken immigration system and shows how these issues manifest locally, in Montgomery County, Maryland.

Migrants left home for a reason. Returning is a struggle.
Credit: Ashley Okwuosa 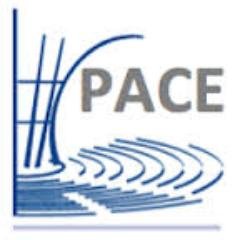 Parliamentary Assembly of the Council of Europe (PACE)

Parliamentary Assembly of the Council of Europe (PACE) Committee dedicated to Migration, Refugees and Displaced Persons

UN Refugee Agency (aka UN High Commissioner for Refugees) was established in 1950 after WWII, and continues to protect and assist refugees around the world.

A Day Without Migrants

What would a day without migrants look like? Contrary to popular belief, migrants play an important part of the economy. Check out these stories from migrants on I Am a Migrant.