"This is the time where everyone has a voice, where [there] are so many platforms dedicated to giving the average person a voice, so you can speak out." 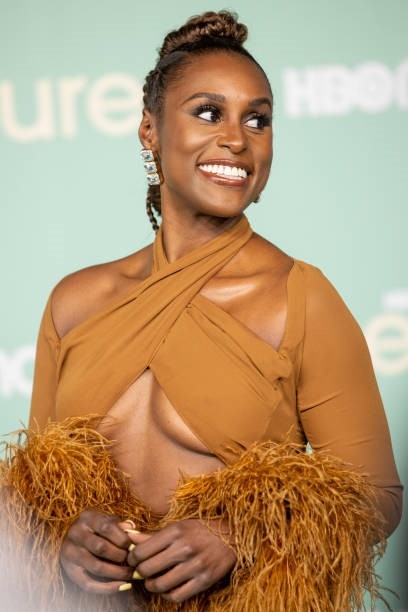 Issa RaeGetty ImagesThe suburbs can be a lonely place for some. Not necessarily bad, but definitely an isolating place for people that don’t conform to the imaginary standard. For a young black girl, that standard was that of being white. In all of my classes from the first grade to the 12th, I was the only black girl in my cohort, accompanied by only one other black boy. On top of that, the television cycle from 2007 to around 2014 saw black girls as sassy sidekicks with punchy one-liners. There was Numbah 5, a 10-year-old spy from Codename: Kids Next Door, and Raven Baxter, a teen fashionista from That’s So Raven, whose extroverted personality was nothing like mine, but who I appreciated nonetheless. While I consider myself loving and having grown up with these characters, once I aged out of Cartoon Network and Disney Channel, I was alone.

So many black women have the same stories of their adversarial upbringings: the only black girl in their classes, ostracized from any feeling of normalcy as the black sheep of the group, with no one to look up to. And when there’s no one like us in our tangible lives, we turn to the fantasies of TV and film. We’d had the classic black sitcoms of the ’90s, Family Matters, The Fresh Prince of Bel-Air, etc., and even fresher ones of the aughts like Blackish. However, even though we had them, these shows were still overcast by the shadow of conformity: Fresh Prince replaced Aunt Viv with a lighter actress, Blackish has been criticized for writing the black experience as more palatable for the white demographic, which make up 58% of the audience. Throughout the history of television, there have been numerous roadblocks in centering the authentic black experience. Then, in 2011, there was Issa Rae.

Issa Rae, born January 12, 1985, started her career as an African and African-American Studies major at Stanford University where she wrote, directed, and starred in various plays and web series. One of her series stood out amongst the crowd; Awkward Black Girl was Rae’s honest depiction of living as a black girl in a world where everyone has a preconceived idea of what blackness is. She wasn’t a confident fashionista like Raven Baxter or an upper-middle-class nepotism baby like Zoey Johnson. She was just a woman rolling with the punches of her world as best she could. Once the web series took off, Rae was offered the opportunity to write a show for HBO, in a similar vein as Awkward Black Girl.

The illustrious Insecure came to me at a time when I was entering college and was begrudgingly accepting that I had to forge my own path in life. However, Insecure showed me that that wasn’t the case in multiple ways. In her show, Issa Rae formulated a black experience that I envied. Neither her nor any of the main cast was stapled to the archetypes of what a black character or black cast should be. Not only did she create beautiful and complex characters and a beautiful, complex world for them, but through her philanthropic efforts and platform, she showed me that there will always be a space for black creators of all types and personalities, so long as we’re willing to find it. Issa Rae’s and Issa Dee's trials and tribulations in love, life, and work came to me at the cusp of my adult life and changed my view on what it means to forge your own path. While I’ll still have to do that in some ways, I’m comforted by the works of Issa Rae which have illuminated that path for me, and it’s a path that I’m honored to walk.