by Bill Kelly from Los Angeles, California in United States 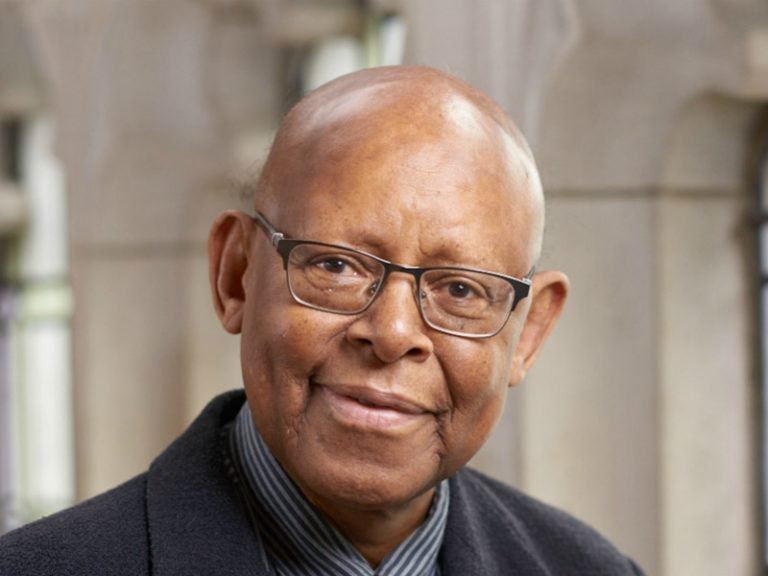 The Rev. James Cone, known as the father of black liberation theology, and the Bill & Judith Moyers Distinguished Professor of Systematic Theology at Union Theological Seminary, died April 28, 2018Union Theological SeminaryJames Cone died on April 28, 2018. He was the founder of black liberation theology and taught for almost five decades at Union Theological Seminary. What made him so special and a hero of our time was that he spoke the truth about the situation of black people in America regardless of the negative consequences for himself. As Cornel West said at his funeral, he was more than an academic theologian. As a scholar, he served and sacrificed for the least of people and was never scared or intimidated. A lover of justice with a great fire inside, he took risks.

Born in the southern state of Arkansas in 1938, Cone learned as a boy to mask his true feelings when he was around white people. The risk of saying anything contrary to what white people believed was just too great. It could lead to loss of job, loss of freedom by going to jail, or even loss of life. Throughout his student days and when he first began teaching, Cone was careful not to say anything that would offend whites. But when the Detroit rebellion took place in 1967, he refused to play the role of "Negro" and started speaking out on racial matters. The assassination of Martin Luther King in 1968 only intensified his determination to speak and write the truth at all costs. Identifying with the black power movement, Cone created a black theology that ordinary black people could relate to. He was no longer willing to practice theology that focused on academic concerns at the expense of real-life issues. And, most of all, he could no longer consider himself part of a discipline that either condoned or ignored white supremacy.

Cone's advocacy of black power turned many white scholars against him. They accused him of hating white people. In Cone’s view, blackness was even more fundamental to his identity than Christianity, and he saw black suffering and struggle as the starting point for a theology relevant to the present place and time. Cone went as far as to say that Christ is black by which he meant that Christ always took the side of the poor and dispossessed. Since, in today's world, black people are dehumanized and oppressed, Jesus is on their side, the side of black power. For Cone, it is a betrayal of the teachings of Christ when churches preach in a way that does not confront injustice and oppression. The mainstream churches in America have let white supremacy distort the Christian message.

The ideas that Cone put forward were revolutionary so it was not surprising that, at first, he had a lonely struggle in the world of theology. He knew he was the only theologian who took such radical views, but he had to be true to his own black self and tell suffering black people that they should love themselves. They were not the problem; white denial of dignity to black people was the problem. His mission was not to incite black violence against whites, even though this is what many whites accused him of doing. It was rather to expose and to fiercely oppose white violence against blacks. When slavery, lynchings, Jim Crow segregation, mass incarceration, and shooting of black people in the streets like dogs have been the reality of this country, how can white people who support such institutions and carry out such actions call themselves Christian? Do they not know the meaning of the cross? It is as if Christ has been crucified again and again over the past 400 years of the black experience in America.

In his book, The Cross and the Lynching Tree, which won the Grawemeyer Award in 2018, Cone makes the connection between the cross on which Jesus suffered and died and the lynching tree upon which almost 5,000 black people were hung. “Both are symbols of the death of the innocent, mob hysteria, humiliation, and terror. They both also reveal a thirst for life that refuses to let the worst determine our final meaning and demonstrates that God can transform ugliness into beauty, into God’s liberating presence.”

Cone believed that it was through identification with the crucified Christ that black people have been able to go on. Following James Baldwin, he saw great beauty in the culture and music that came from black suffering. He recognized that black people's acceptance of such suffering allowed them to come to terms with the tragedy of life and to identify with the suffering of all human beings. Black people like his parents and those he grew up with taught him to love himself and all black people and not to hate white people. Such black people were the conscience of America.

As the founder and father of black liberation theology Cone has left an important legacy. Today, there are many black theologians who studied with Cone and who have continued to transform American theology and to make the case that the Christian God is on the side of the oppressed and intends for all human beings to be free. For example, Kelly Brown Douglas in her 2015 work Stand Your Grand provides a brilliant analysis of how the culture of white supremacy that puts black bodies at risk is rooted in Anglo-Saxon exceptionalism. Her theological understanding of Trayvon Martin’s death is clearly in the lineage of James Cone and black liberation theology

What is the meaning of Cone's life and work for me, a white person who is not a Christian? When I read Cone, I am reminded to never turn my head away from the suffering of less fortunate people, and, especially, to hear the cry of black blood. I cannot deny the real history of America and its present condition, even though it may not be easy for me to acknowledge. Cone, like Baldwin, has taught me to look for moral leadership among those who have suffered and endured and to find beauty in their way of life. They motivate me to be better than I am and to follow their example of fearlessness in being witnesses to the truth. 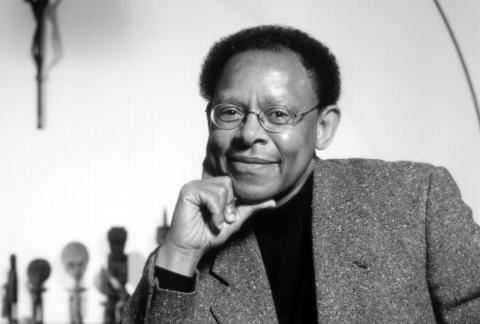 The Rev. Dr. James H. Cone was a central figure in the development of black liberation theology and a professor at Union Theological Seminary.Charlotte Raymond