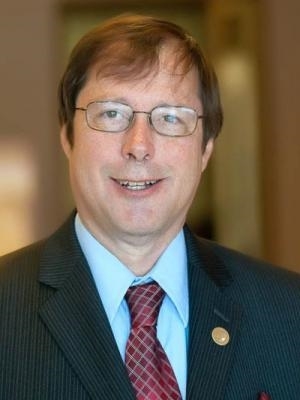 Jeffrey Rudkin will be receiving the 2022 MY HERO Teacher Award at the MY HERO 18th International Film Festival for his work on heroism and his ongoing stellar middle school student submissions to MY HERO Film Festival. Beloved by his students, Mr. Rudkin guides them to create short documentary films about “ordinary people doing heroic things.”

“The study of heroes,” Rudkin told MY HERO, “gives the students role models to look up to. These are people who did things for other people. Especially unsung heroes, which require more research. The students discuss the stories of ordinary people doing heroic things and making the right choices and help the students to understand global world views.”

Rudkin is your educators’ educator. With teaching certifications in social studies, music, business, and technology, he directed band for four years and has coached football, wrestling, and track. He’s been teaching with Lora Bachelor Middle School (LBMS) in Bloomington, Indiana for thirty-one years.

Inspired in his youth by his teachers and band leader, Rudkin knew early on he would go to college and become a teacher. He later earned his B.A. and Master’s Degrees at Indiana University, majoring in secondary education. He also studied film-making and telecommunications, and had thought about becoming a film major.

He was the first person in his extended family to attend college. 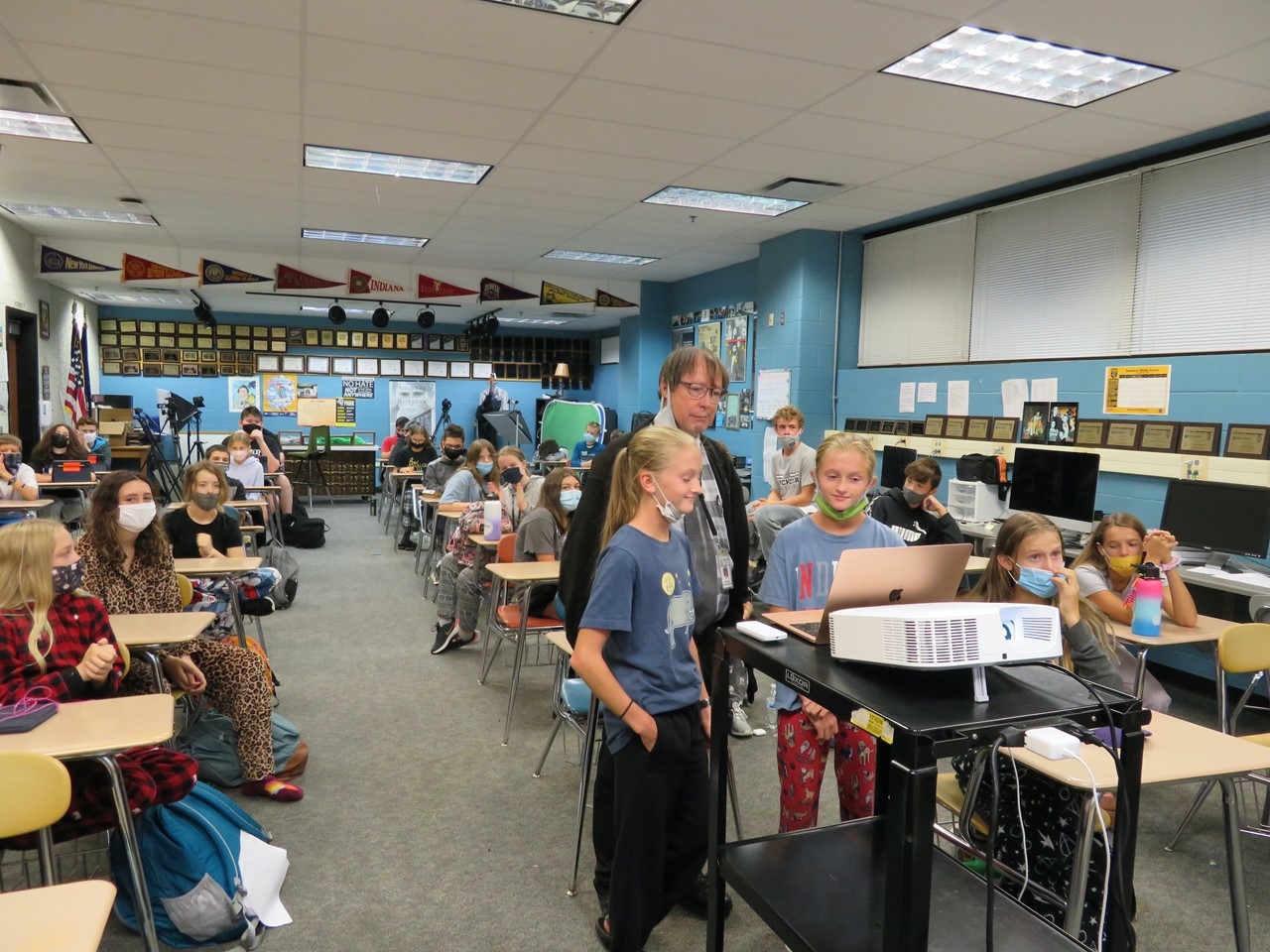 I am the video production teacher at Batchelor Middle School in Bloomington, Indiana. My students have won over 300 national and international awards. I am a Milken Family Foundation National Educator, and an Indiana University Armstrong Educator. I have also coached football, wrestling, and track.

And he loves where he works: “LBMS is special. When I walked in on his first day, I felt like I was home. It is a great school where the students and parents are very supportive and have a lot of school pride and spirit. The school has been a four star school a couple of times and was an A school for a number of years."

He added, "We have great parents and a great principal. And we get grants and has fundraisers for film equipment. We were actually the Best Buy Teach Award National grant winners a few years ago received $100,000 from Best Buy. Most importantly, each year the parents help out with a chile supper and auction."

Making Films About Heroes in the Classroom

Rudkin teaches about heroism in both his Video I and Video II classes. Both are electives that include business, tech, video production, product marketing, and promotion, with approximately 30 students per class. Here Rudkin exposes students to a wide variety of films and opportunities for students to succeed.

Video I students make their first documentary, which is a video biography. Their second biography is a hero in sports, history, or a parent, coach, or other unsung hero.

Video II students and his eighth graders do a project every six weeks where they create a PSA about a hero of their choice for competitions.The students are not required to submit films to film festivals, but it is strongly encouraged.

Mr. Rudkin grades the students' work based upon their storytelling ability, detail, and credits (60%) and on script writing (40%). The students must use professional guidelines regarding copyrighted photos and best research practices: their research skills are impressive. 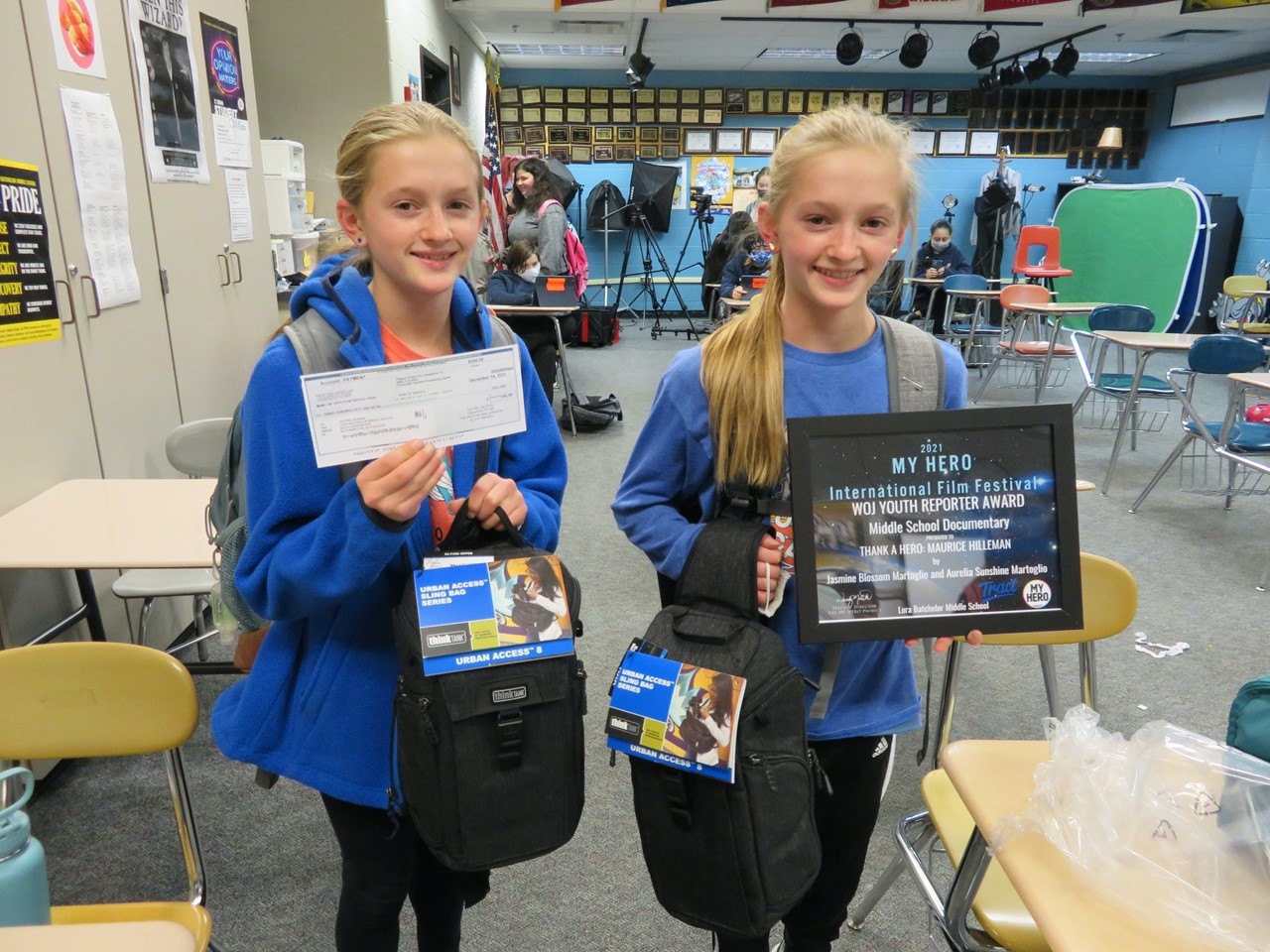 In 2021, sisters Jasmine Blossom Martoglio and Aurelia Sunshine Martoglio won the WOJ Youth Reporter Award for Thank a Hero: Maurice Hillemen, a short documentary about an unsung hero who "created an amazing amount of vaccines and made it possible for modern vaccines to work."

During last year's film festival, Esther Wojicki lauded Thank a Hero as an “amazing film about an amazing subject:” “I could not believe it was done by middle school students,” she said, adding, “There are so many people in scientific research that do a lot of important work and are not recognized.”

Jasmine and Aurelia were online at the film festival to receive the award, where they thanked their teacher, Mr. Rudkin, “who helps kids improve on filmmaking and many students have won many awards in different festivals.”

A few of the many competitive awards that Rudkin’s students have won include:

Rudkin told MY HERO: "My students also won a lot of awards in the International Student Media Festival and the International Student Film Festival in Hollywood. I used to take students to the festival in Hollywood each year and took them on college visits to USC and Chapman U. I was also honored at this festival with the Award of Excellence alongside of Emmy winning actor Ed Asner."

This year, of eleven stellar film submissions to MY HERO’s Film Fest, eight Lora Batchelor Middle School films are festival finalists—some for several categories. These include:

Mr. Rudkin is not only teaching film-making: he is teaching global citizenship. He has taken students four times to visit Auschwitz. He also organized exchange programs on Skype with classrooms around the world, including New Zealand, England, Morocco, Spain, and China, and exchange visits to the US and a high school in England. 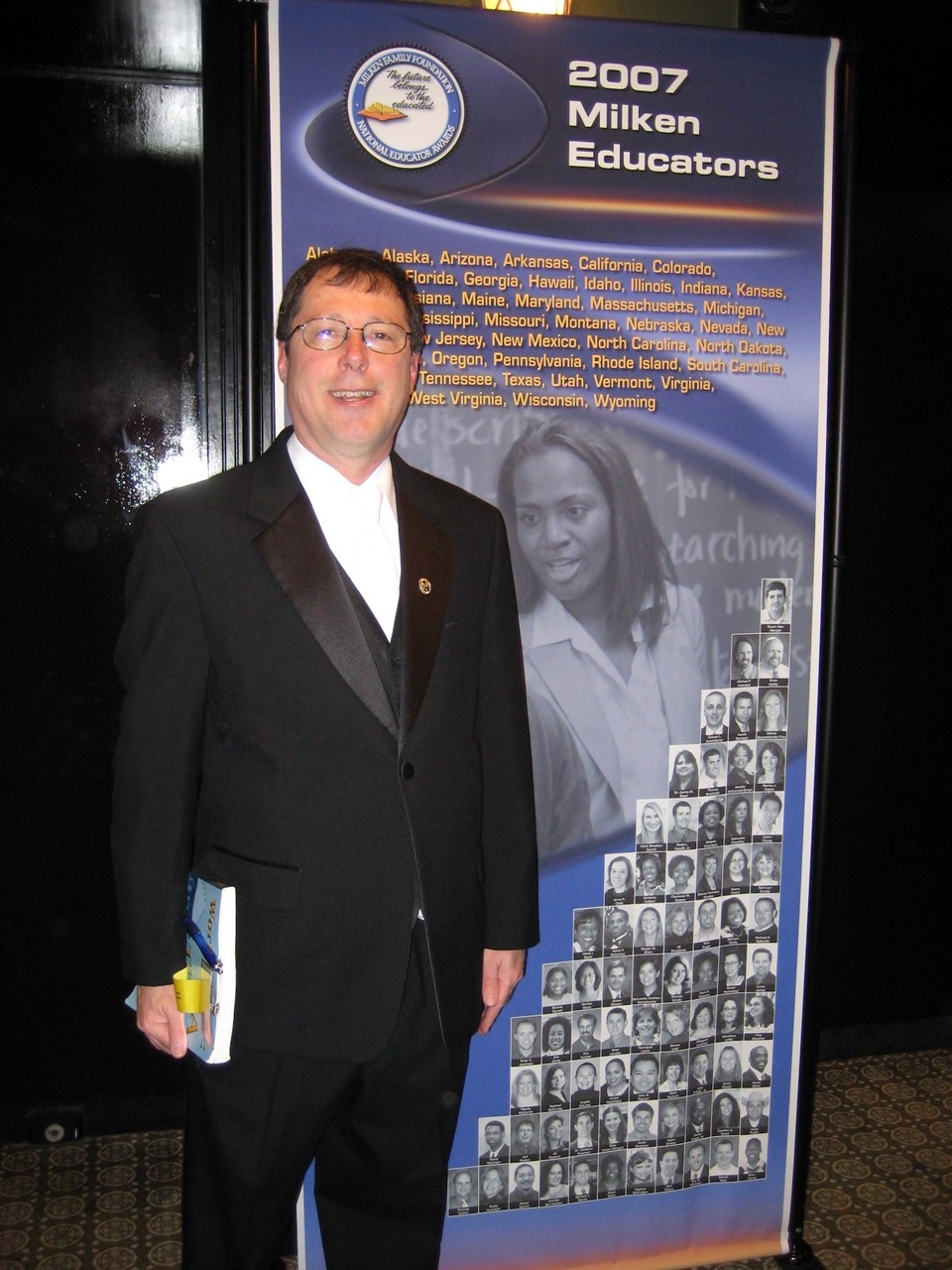 Rudkin has received several prestigious awards for his incredible work with students. For example, in 2007 he was awarded the Milken Foundation National Educator Award, the U.S. preeminent teacher recognition program, and in 2012 was a Lowell Milken Center Fellow.

In 2018 the Peacemaker Corps Association presented him with the “Art of Making Peace” Award at the United Nations in New York.

On behalf of the the Peacemaker Corps, I am especially honored and excited to present you with our 2018 “Art of Making Peace” Award. Your outstanding leadership using video production to not only develop students' understanding of and sensitivity to profound issues such as bullying, xenophobia, the Holocaust and the importance of interactive global learning, but also creating transferable lifelong skills that will enable your young film makers to be tomorrow’s leaders and peacemakers on the world stage. We believe that you, Jeffery Rudkin, exemplify the true meaning of “Art of Making Peace” .

Join us for MY HERO 18th Annual Film Fest on Zoom:

To find out more about the Film Festival go to: /Films/festival

Join us on November 19th at 2pm PST for the 18th MY HERO Film Festival Ceremony, the celebration of the best of humanity. The featured winning short films shine a light on activists, peacemakers, environmentalists, humanitarians, artists & others who make a positive impact in the world. Congratulations to the filmmakers for bringing these important stories to life.

Join us on December 10th at 10am PST for the Family Friendly Virtual Awards.

Thank you to our prestigious Awards Presenters for their vision and generosity!