by Jackson from Canada

Behind every successful man is a woman rolling her eyes. - Jim Carrey

Jim Carrey was born on January 17, 1962 in Newmarket, Ontario. He had three older siblings, John, Rita, and Patricia Carrey. His father was a musician and an accountant and His mother was a homemaker. Jim was raised a roman catholic. When he was ten, Jim Carrey wrote a letter to Carol Burnett telling her that he was a master of impressions and that he would like to be on her show. 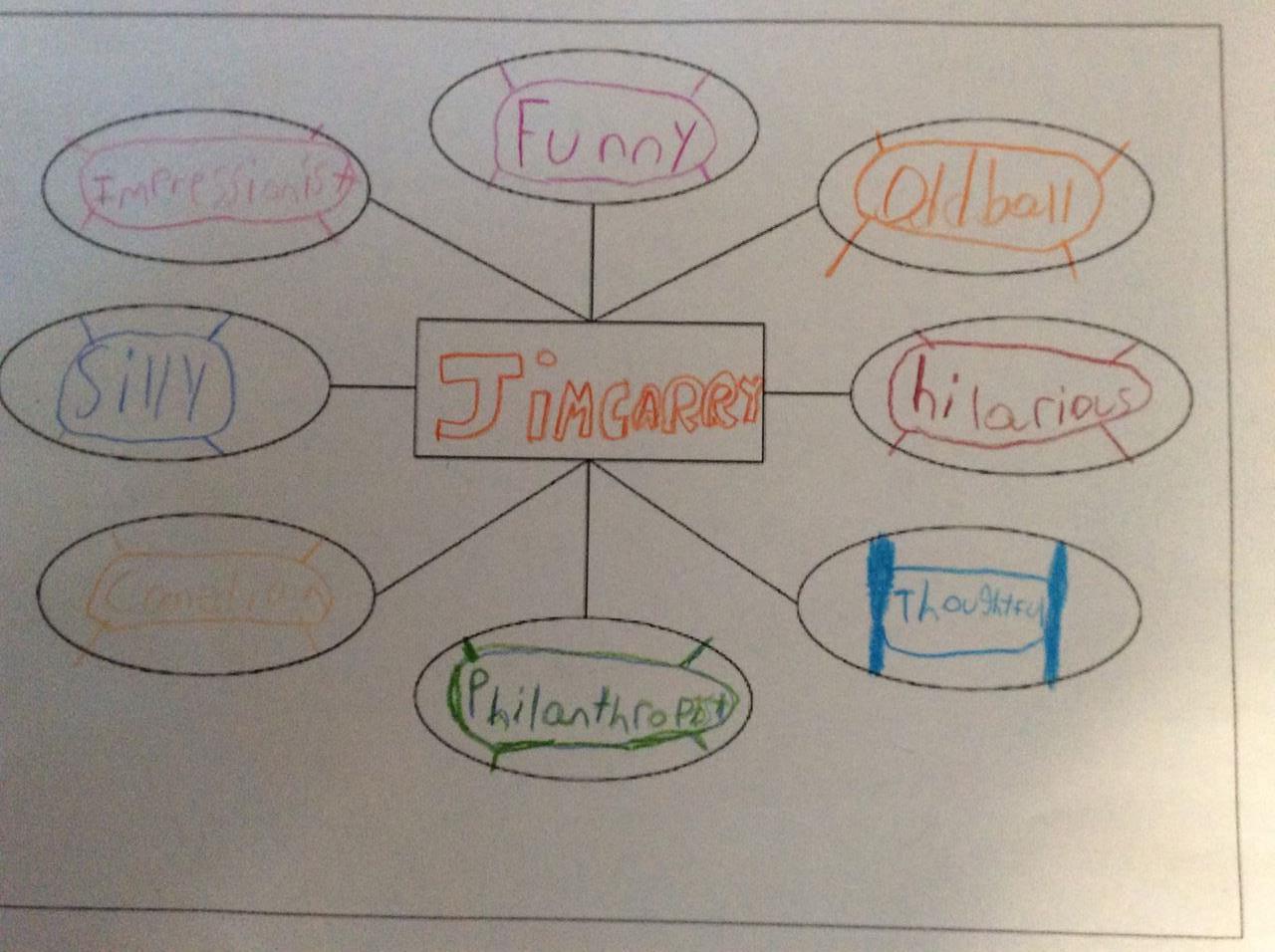 When he eventually got a letter back from Carol she said that at the time, they were not hiring children. But to stay in school, study hard, and keep watching the show! Jim lived in Burlington for 8 years when he was in highschool. He went to Aldershot high school. While Jim was starting his impression acts, his dad wanted  to drive him out to Toronto to perform at Comedy Yuk Yuks comedy club. When Jim performed, he absolutely bombed on his performance. He started having doubts about being a comedian, the fact that his family was having financial problems was not helping him either. A while later his family was no longer having money problems and they moved into a new house.

Jim was now back on track about being an entertainer. He was now getting regular paying comedy clubs and he was getting more and more popular. He was soon recognized by Rodney Dangerfield who brought Jim to LA. Jim soon moved to Hollywood where he had his first televised comedy act at An Evening At Improv. Even though he was becoming one of the most popular stand up comedians ever, he decided to move his profession to acting. Jim Carrey then went onto many talk shows such as SNL, The Duck Factory, In Living Color, and many others. 1994 was one of jim's best years because he starred in movies such as The Mask, Dumb And Dumber, and Ace Ventura Pet Detective. Jim Carrey got nominated for his first golden globe award in 1995 and he won his first golden globe award in 1999. In 1995 Jim co-starred in Batman Forever as The Riddler. Jim Carrey also starred in Ace Ventura When Nature Calls. Jim kept on making movies such as Cable Guy, Liar Liar, The Truman Show, and many more. In a few years (2004) Jim acts in Lemony Snickets a Series Of Unfortunate Events.

I chose Jim Carrey because he is my favorite actor and he is also a very different actor in the sense that there is never a boring moment when you are with him.

Some people that influenced Jim Carrey include Bill Cosby, Mel Brooks, Dick Van Dyke, and Jerry Lewis. He has continued to make people laugh for many more years to come!

Jim Carrey is very silly because, well, he has made some of the funniest movies in existence. He is also a very caring person because he has donated to lots of different charities. And Jim Carrey is, of course, never ever serious because you can see from tv shows, movies, and interviews with him that with him, there is no such thing as boring!

I learned that Jim Carrey has a child. Another fact that suprised me was that he has won two golden globe awards.

I would ask Jim what movie he had the most fun acting in. I would also ask him what he does in his small amount of free time. And finally, i would ask him if he has ever laughed so hard he cried.

I would love to be Jim Carrey's child because HE IS JIM CARREY WHY WOULD I NOT WANT TO BE HIS CHILD HE IS ONE OF THE FUNNIEST PEOPLE EVER TO WALK THIS PLANET!!!!!

I am happy to research Jim Carrey because he is my favorite actor and he is a very silly person.

For children that want to be actors, or comedians, i think Jim Carrey would be an amazing role model to look up to!

Jim Carrey Wikipedia - Brings you to the page i got (almost) all my info from!