by Alexander Drenth from San Diego , California in United States

I learned that courage was not the absence of fear, but the triumph over it. The brave man is not he who does not feel afraid, but he who conquers that fear. 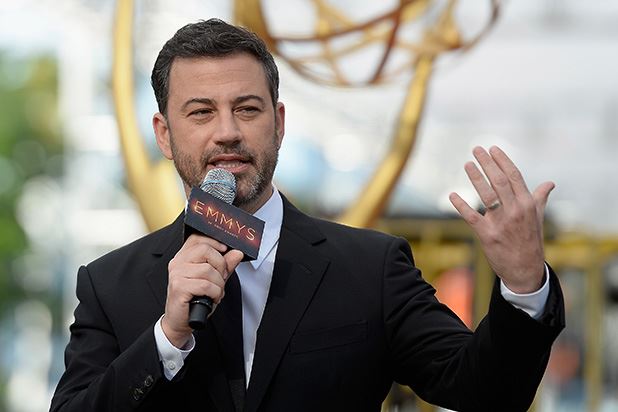 Jimmy Kimmel hostinghttps://www.thewrap.com/jimmy-kimmels-best-jokes-from-2016-emmys-monologue/“People make their lives boring, so I made mine intesting”(JImmy Kimmel). These words describe Jimmy Kimmel very well.  He is the current host of the Jimmy Kimmel Late-night show, and during these he encourages his viewers to vote on important causes to help people. He was born in Brooklyn, New York, on November 13, 1967. He started out hit career on a talk show, then went to the game show Win Ben Stein’s Money. A hero must possess the ability to Work Hard, and resilience therefore he deserves to be seen as a hero even though he’s been through some controversy. Jimmy Kimmel shows us he’s a hardworking person by pushing through rough times and making them better by spreading positivity.

Kimmel's ability to bounce back or use his resilience to come back from negative moments in his life, and even make it better for his country. Instead of him following the rules, Kimmel took the route of exploring the limits of his job as a radio host, and didn’t settle down until he found the correct area to settle down and start his career. “In 1997, Kimmel made the leap to television, debuting on the small screen as the host of Comedy Central's game show, Win Ben Stein's Money”(Jimmy Kimmel). After being fired from many radio shows, he found his place at a Ben Stein’s show, they accepted him as a person. He got many negative comments about how he acted at the pervious talk shows he was involved in, but he kept his head high and forced his way through the bad news to become one of the most successful host ever. After many years of hard work, he was able to complete what many people might say is a goal of a lifetime.  “In 2013 Kimmel received a star on the Hollywood Walk of Fame. That same year, Jimmy Kimmel Live! moved to the 11:35 time slot--pitting its host against the Late Show with David Letterman and The Tonight Show with Jay Leno. Jimmy Kimmel Live! “ (JImmy Kimmel News Paper)”Even after making a stand of health care and other extremely controversial topics, he was able to swing people over to what is morally right, and at the same time get himself a star on the walk of fame. Through all the bouncing back of everyone talking bad about how he shouldn’t be open on public television about political views, he still does. He shows us we should care and discuss with others because maybe they have something that you haven’t thought about before, and that may make you want to switch sides. Jimmy Kimmel uses his ability to bounce back or the resilience he has to make public stand points. 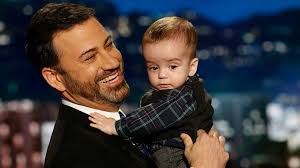 Jimmy Kimmel and his sonhttps://www.today.com/popculture/jimmy-kimmel-sheds-tears-he-brings-son-his-show-week-t119935Jimmy Kimmel uses his precious time and hard earned money, to help others less fortunate or may not have the time to fight for things such as health care. After having realized that having large warlike weapons is not needed in a household for self defense, he goes on air to talk about a serious issue. “ Jimmy Kimmel, the late-night host, has become a frequent liberal scold, delivering monologues supporting gun control and Obamacare” (Jimmy Kimmel The Late-Night show). This shows Kimmel's hard work and dedication to make America safe because after standing up for this cause he lost 30% of his Republican viewers. He also uses his son to push political issues. “By the way, before you post a nasty Facebook message saying I’m politicizing my son’s health problems, I want you to know: I am politicizing my son’s health problems” (Jimmy Kimmel healthcare). He gets a lot of backlash for “showing off” his son’s disabilities to prove a point. He gets called out on it, and he ignores it because he knows that it’s for a good reason. He uses his money to make advertisements to promote health care, by showing what the system did to his own child.  No matter how many viewers he lost, he still puts in hard work to campaign for the people that had the same views, and encouraged people to have open conversation about this issue. 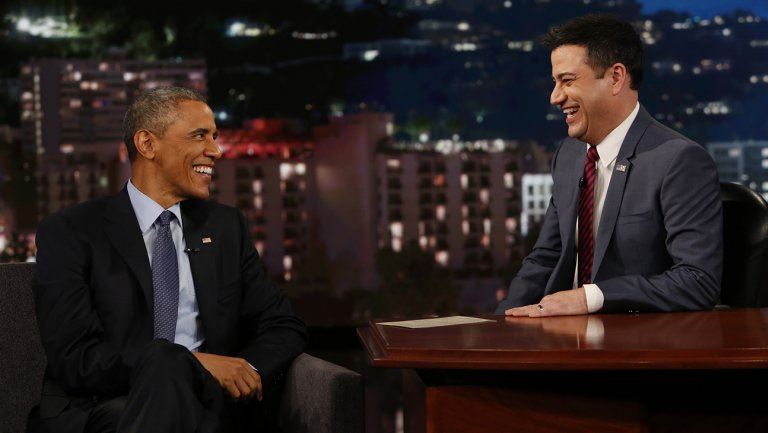 Kimmel speaking to former president Obamahttps://cdn1.thr.com/sites/default/files/imagecache/scale_crop_768_433/2015/03/obama_jimmy_kimmel.jpgJimmy Kimmel is a one of a kind hero who helps everyone around the world. He is a unselfish person, who always puts others in front of him and that's why he is a inspiration and hero. Kimmel uses his hard earned money to help people get through tough battles, and even campaigning behind certain movements, to make life better.

There are many reasons why Jimmy Kimmel is an inspiration but the most inspirational moment was when he talked about his child's health. “Jimmy Kimmel made headlines last May when he revealed his infant son Billy's rare health condition, requiring open-heart surgeries, as part of an impassioned plea for improved healthcare” (Jimmy Kimmel). He chose to let the world into his personal life to make a point. He talked about his child needed open heart surgery the moment he was brought into the world, which takes a lot of courage. He also gets the people watching live and the people in the crowd to help out and push Capitol Hill to keep Obamacare, for those who can’t afford healthcare. Jimmy Kimmel inspires me personally to get up and speak out on things that aren’t usually said out loud. But after listening to him talk, it came to me that it’s important to be open minded and talk about sensitive topics but important ones. Jimmy Kimmel is a heroic and inspirational person because of how he handles situations and helps others.