by Jeff Trussel from Los Angeles, California in United States 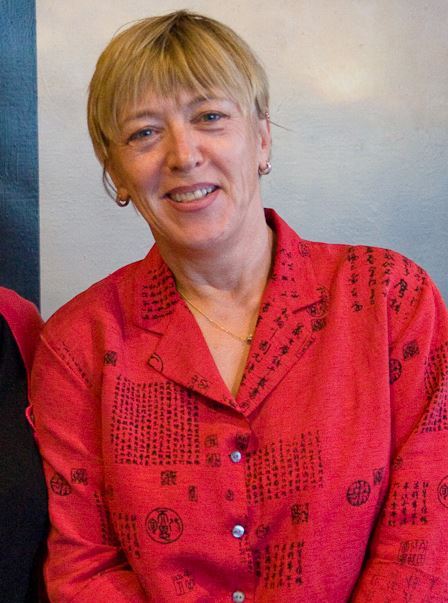 Jody WilliamsJustin Hoch [CC BY 2.0] via WikimediaOne of the greatest myths of modern times is that when wars end, the killing stops. Reality, however, is far more grim. Landmines, the silent sentinels planted in the ground by opposing armies in every war since World War I, continue to kill and maim long after the peace treaties are signed. Jody Williams, longtime activist and 1997 Nobel Peace Prize winner, has spent more than a decade fighting this invisible scourge that no longer kills well-trained soldiers, but rather innocent and unarmed civilians.

In 1981, Jody Williams was working for a temporary employment agency in Washington DC when a leaflet handed to her as she left a subway sparked a career in global activism. She began working on human rights campaigns in Central America,seeking to change U.S. policy in the region. She was soon exposed to activists in the veterans community who were trying to do more than simply refit landmine victims with prosthetic limbs. Acting upon the old homily, "an ounce of prevention is worth a pound of cure," these veterans were trying to convince the world's leaders that removing landmines before they harm innocent people was the most effective solution to this deadly problem.

Ironically, one of the treaty's holdouts is Williams' own country. President Clinton repeatedly refused to sign the treaty. In 2002, according to the ICBL, "President Bush's White House interagency policy review is expected to revise former President Clinton’s executive directive that the U.S. will join the treaty by 2006 if certain military conditions are met. Recent media reports have suggested that the Bush Administration plans to abandon this timetable altogether, moving the US further away from ever joining the international treaty." The ICBL publishes information about how individuals can get involved. In the early 1990's Williams began the International Campaign to Ban Landmines (ICBL). Within seven years, the ICBL had grown from two offices in as many countries to several hundred in over fifty nations around the world. The ICBL generated international headlines when the late Princess Diana began championing the drive to ban landmines. It was the October, 1997 announcement that Williams and ICBL would share the Nobel Peace Prize, however, that firmly established the former temporary worker as a political force to be reckoned with. Soon after the announcement, President Yelstin of Russia agreed to join an international treaty to ban the future use of landmines.

The fight to rid the world of landmines is far from over. Every twenty minutes a landmine claims another victim somewhere around the world. One hundred million mines currently lie in the ground in areas where farmers harvest their crops and children play. However, the hope that this scourge will not continue to claim lives and limbs as the world enters the 21st century is being made a reality by the selfless work of heroes like Jody Williams.

Jody Williams' statement in response to the September 11 attacks:

September 11 was the day of a coordinated, terrorist attack on the United States. Too many innocent people died – too many families lost their loved ones in this unspeakable, terrorist attack of unprecedented scope. We are all affected in one way or another and numb with horror and shock. When innocent civilian lives are taken in any kind of military or terrorist attack, the mind recoils. When it happens in our country, a country not at war, it seems impossible.

This terrorist attack has been called an attack on freedom. It obviously is. Civilians in an open society not at war have been killed. But many have also expressed concern that other freedoms are at risk as well in the aftermath of the terror. History has shown too many times that when a country sees itself in a state of war, individual freedoms are subordinated to the survival of the state.

Attacks on innocent people anywhere cannot be tolerated. Those who perpetrated this heinous crime need to be brought to justice. They need to be found and tried in a court of law. Their network needs to be dismantled.

But I share the concern of many others who dedicate their lives to peace and justice and human rights that the very difficult question of how to respond must be considered long and hard and not contribute to an escalation of violence.

Human Rights Watch, a founder of the International Campaign to Ban Landmines, immediately issued a statement about the attack that is well worth thinking about. It reads:

We profoundly condemn yesterday's cruel attacks in the United States and express our condolences to the victims and their loved ones. This was an assault not merely on one nation or one people, but on principles of respect for civilian life cherished by all people. We urge all governments to unite to investigate this crime, to prevent its recurrence, and to bring to justice those who are responsible.

"Last night, President Bush said that the United States 'will make no distinction between the terrorists who committed these acts and those who harbored them.' Yet distinctions must be made: between the guilty and the innocent; between the perpetrators and the civilians who may surround them; between those who commit atrocities and those who may simply share their religious beliefs, ethnicity or national origin. People committed to justice and law and human rights must never descend to the level of the perpetrators of such acts. That is the most important distinction of all.

"There are people and governments in the world who believe that in the struggle against terrorism, ends always justify means. But that is also the logic of terrorism. Whatever the response to this outrage, it must not validate that logic. Rather, it must uphold the principles that came under attack yesterday, respecting innocent life and international law. That is the way to deny the perpetrators of this crime their ultimate victory.

I conclude offering again my deepest sorrow and condolences to the victims of this unthinkable act. This attack has changed too many landscapes, some of them permanently. I hope that one of those changed landscapes is not outrage so immense that peoples committed to justice and law and human rights think about descending to the level of the perpetrators of such acts. 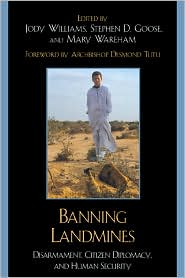