by Gabe Adaya from San Diego, California in United States 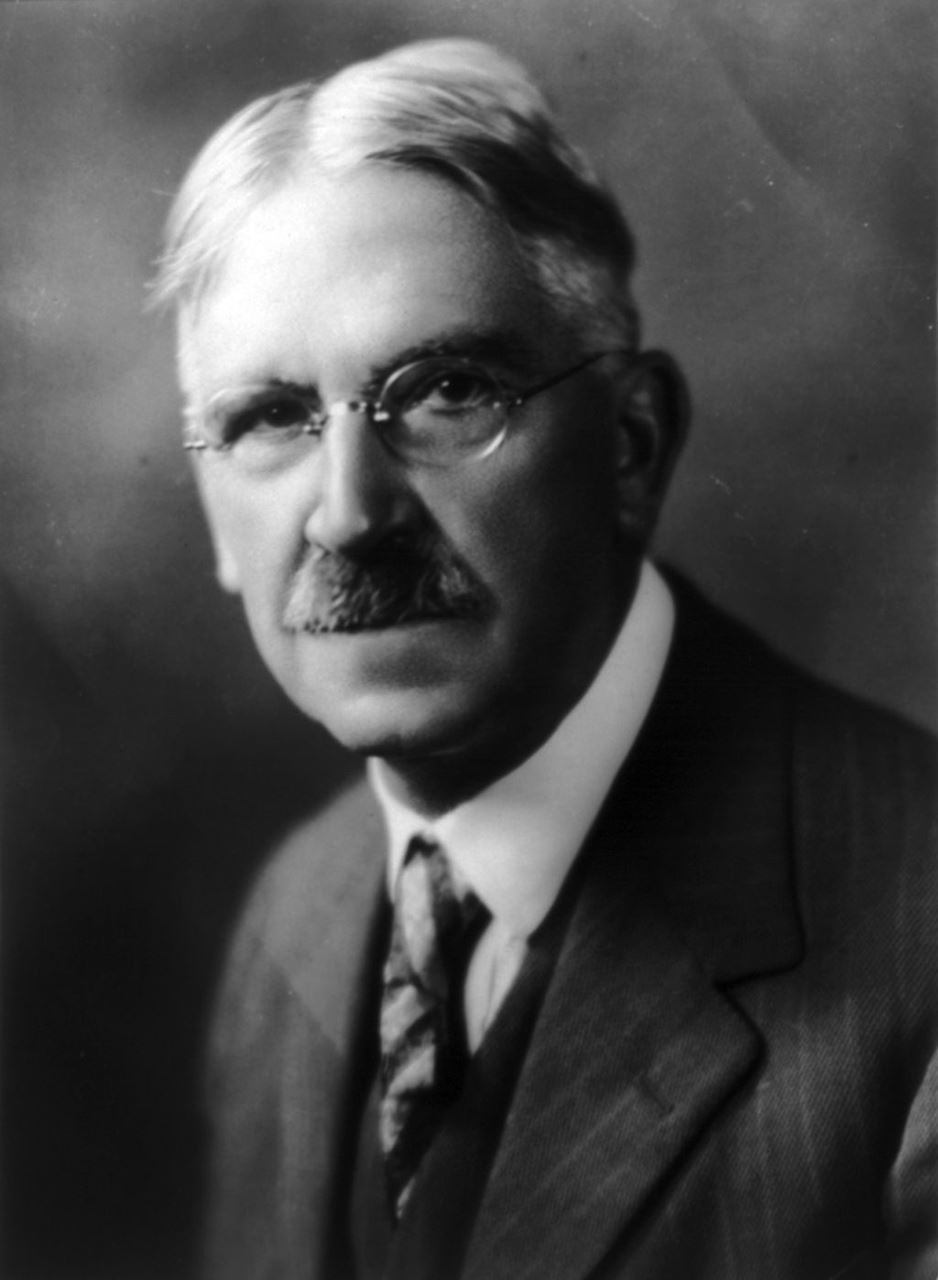 John DeweyUnderwood &amp; Underwood [Public domain]“Education is not preparation for life; education is life itself” (John Dewey). This line from John Dewey accurately depicts how he felt about the craft he was involved in. He was a person who strived for better education and lifestyles. Dewey was known for his unusual philosophies and teaching ways, much different from what leading educators thought in his time. Being the passionate teacher he was, Dewey integrated the foundation of our learning today, the progressive education system. The time he spent teaching spanned over 40 years, from 1884 to 1930. In this period, Dewey wrote many books and travelled to world, to learn more. His primary base of operations was in New York, the main city where intellectuals gathered and discussed their philosophies. Dewey was considered an outlier, introducing his own philosophies unheard of before then. Because heroes should never think about themselves first, a hero must possess selflessness and persistence. Somebody who strives for a goal of benefiting others, without stopping, is a deserving hero. John Dewey was widely-known as a teacher and intellectual, which is why he is considered an under-appreciated hero, as a modern innovator and selfless educator.

John Dewey is deemed a father of present-day education, making him a hero as a modern innovator. Dewey researched many subjects concerning philosophy and education. The progressive education system was one of his highly valued accomplishments that he believed would save how students were meant to learn. A modern article stating, “This theory changed the philosophy of children's education from an emphasis on lecture, memorization, and drill to a focus on students' becoming more actively involved in the learning process” (“John Dewey”, American Decades). John Dewey believed that the US education system he had in his time contained major flaws. He created ideas and implemented features that he believed would benefit students greatly. The progressive education movement has become one of the foundations of education in present time. This includes the hands-on learning and personal experience that students take part in regularly. His involvement in education and how students learn differently today have shaped him to a hero of the modern age. Dewey was a philosopher that didn't believe in fate or having one’s life be decided at birth. He believed that all people were subject to change, his conception being, “no person’s fate is sealed by an antecedently given human nature, temperament, character, talent, or social role. This is why Dewey was so concerned with developing a philosophy of education. With an appropriate knowledge of the conditions necessary for human growth, an inpidual may develop in any of a variety of ways” (“John Dewey”, James Gouinlock). After teaching at many different schools and colleges, and travelling the world in search of wisdom, John Dewey found his own educational philosophy. This was one that lead others to believe that they can be someone great, regardless of social status or upbringing. His beliefs on how anyone can develop in multitudes of ways made him seem inspirational to others. He was an innovator that helped others, no matter their status, making him an hero. Because of his philosophies and teachings, John Dewey can be considered a hero for being a modern innovator to education. What he did was revolutionary in studies and helped many people truly learn what’s expected of them in school.

John Dewey didn’t care about the criticism that he faced as a philosopher. Thus making him a hero as a selfless educator, shown by how he researched only for the future of education. Dewey knew that there wasn’t perfection in the world, so he accepted failure, believing that it can transform into something better: “Of course, ideas might be mistaken. They must be tested experimentally to see whether their predictions are borne out. Experimentation itself is fallible, but the chance for error is mitigated by further, more rigorous inquiry” (“John Dewey”, James Gouinlock). John Dewey realized that mistakes happen, but with mistakes, comes greater achievements. He himself admitted that he made blunders, and took the blame for most of the education mishaps people targeted towards him. But even with this, Dewey continued to follow his idea of instrumentalism to further institutionalize progressive education, making him a hero and selfless educator. He didn’t think about himself, but rather of the system students had to go through. At first, Dewey tried integrating his system with elementary schools, and after a while, starting having problems with critics targeting his system. His trial and error process had success but many setbacks: “The "progressive education" system of the 1920s tried to put Dewey's ideas into practice, which centered on schools teaching the "here and now"... Because his theories became deeply embedded in the educational system, many critics blamed him for all of the ills in American schools” (“John Dewey”, UXL Biographies). John Dewey wasn’t afraid of what other people thought, because all he cared about was the development of education and government. He went beyond what was expected of him to try and integrate new things. This was successful, but coupled with severe backlash. Because he disregarded what other people said and just focused on improvement, he can be considered selfless, a quality fit for a hero. John Dewey’s many shortcomings, that came from his system, didn’t stop him from trying to further improve education as a whole. His persistence to the craft makes him worthy of being called a hero, for being a selfless educator.

John Dewey’s philosophies and teachings are still prevalent today, and being a modern innovator and selfless educator, makes him a hero. Dewey’s most profound achievement was progressive education. This program is the foundation for how students are taught today. As the person who created this based on instrumentalism, Dewey faced criticism and denial. But in doing so, Dewey was able to adapt, improvise, and improve the system for students to be able to learn more efficiently. John Dewey didn’t believe in the superficial way students were being taught in school. He thought that students wouldn’t be able to be put their studies into practice without any real experience. He made the progressive education movement so students could be able to learn by “doing”. This way of teaching inspired many teachers and students to incorporate projects for hands-on experience and practice for the real-world. Education today wouldn’t be nearly as developed as it is now without John Dewey’s research. Anybody is able to become whatever they want to, because life isn’t decided as soon as they’re born. In an environment where students can learn the most effectively, they can be the heroes in their own lives, as long as they try.