by James McKinnon from San Diego, California in United States 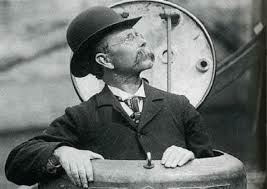 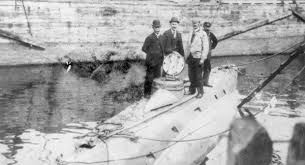 The Fenian Ramirishexaminer.comImagine being 2 miles under the sea in a craft that has the ability to support life underwater for hours at a time and the ability to destroy entire fleets of battlecruisers undetected. One man had the determination to create such a machine. Today, we honor Ireland-born educator and inventor, John P. Holland for his great work on creating the attack submarine in the early 1900s that experts say changed The War To End All Wars, World War 1.  To become such a recognized, heroic figure, an individual must have certain characteristics. Particularly, bravery, overcoming setbacks and clear thinking under pressure. Holland is recognized as a hero because he displays all of these traits, therefore, he is considered a hero in both engineering and military fields.

A hero must be brave. It was rumored that Holland had actually built a coffin for himself, thinking that he was going to drown himself while testing his subs. “Holland knowing the dangers that lay head, continued to work on his submarines.” (Goldstone).  The typical person would most likely not continue. Holland did. He was also faced with disaster when his initial 16 ft model craft was stolen in the middle of a custody/patent dispute. “The Fenian Ram’s new custodians attempted to operate the submarine in New Haven Harbor, but their ineptitude led the harbor master to declare the boat a menace to navigation, and additional trials were forbidden.” (Navy)  Patent disputes plagued Holland for the rest of his life. However, he was still brave in pushing his ideas and innovations forward. 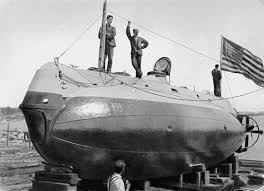 Holland No.1mylesdungan.com   Setbacks are often central to heroic traits and Holland had many.  On May of 1878, he launched his first submarine called, Holland No.1.   Reviews were not good. “The test seemed to be disastrous and the craft sinks to the bottom and has to be pulled up out of the river. Some congratulate him on getting the sub under the water without a captain or crew.”  (McCarthy) Instead of giving up, Holland recovered from this failure by patching a leak in the sub and launching again. Holland also faced financial ruin. “John Holland, after fifteen years of work and despite being widely considered the most accomplished and knowledgeable submarine designer in the world, found himself broke, jobless, and without prospects.” (Goldstone)  Holland had to abandon future plans and take a job as a draftsman, leaving his latest project, The Fenian Ram, in a shed in Connecticut for 20 years. This devastating setback would leave the average person discouraged and prone to abandonment. Not Holland. Holland kept going. 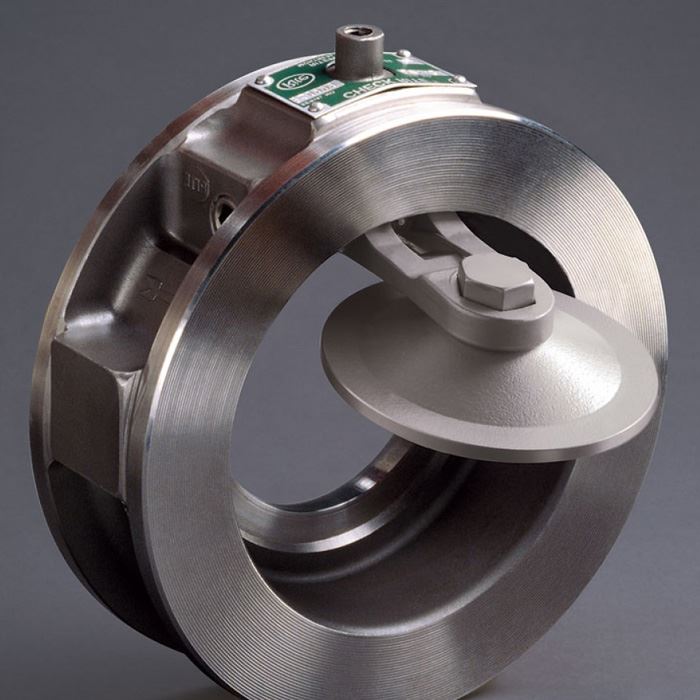 Check Valvesummitvalve.comA hero must have a clear sense of their obligations under pressure.  Let’s talk about pressure. Holland knew a lot about physical pressure simply because of the nature of submarines.  Faced with a long-standing exhaust problem, “Holland had solved the exhaust problem by installing a check valve, a one-way door that would close when no exhaust was emitting from the motor” (Goldstone).   But in a non-material sense, Holland showed clear thinking under pressure situations that could have pushed him to failure. Due to lack of funding, Holland had to immigrate to the United States and petition the US Government and private firms for sponsorship. “He offered his plan for a submersible boat to the U.S. Navy, but it was rejected as a “fantastic scheme.” (McCormack)  Holland never took the message of the government telling him to give up. He pushed on with his projects teamed with a group of Irish men and his brother working on the Fenian movement. Clear thinking under pressure - both physical and mental - made Holland successful as a hero.

From being brave, running into setbacks, and having a clear sense of his obligations, John Holland was a hero in the creation of the modern-day submarine.  His company, Electric Boat, is still manufacturing boats today. Holland influenced the world by bringing a powerful force to assist the Allies in the world wars.  A simple man, a school teacher, who never achieved great personal wealth, his dedication to overcoming setbacks, showing bravery and keeping a clear head demonstrated that the ordinary person can change the world.