A working class hero is something to be. If you want to be a hero, well, just follow me

In 1967, the Beatles agreed to record a brand new song for British television. The program, "Our World," would be transmitted via satellite to many different countries, so their song had to be catchy -- i.e., learned easily by everyone, including people who spoke no English. With this in mind, singer and guitarist John Lennon sat down and wrote "All You Need is Love," which, thanks to its hopeful refrain, became a worldwide anthem.

Born in Liverpool, England, on October 9, 1940, and raised in a haphazard fashion, Lennon kept serious considerations at arm's length. In school, he showed a great deal of natural talent, but no academic ambition. After failing his O-level (high school) exams, he wound up at an art college. There he played around, did some art, and formed a band with his friends called the Quarry Men. Through this band, he met Paul McCartney and George Harrison with whom he eventually formed the Beatles. 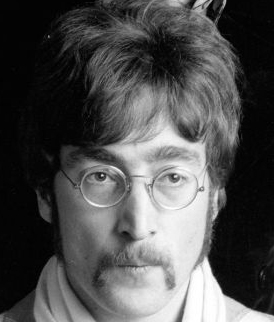 John Lennon's first composition for the Beatles was also the group's first hit and the title of their first album. "Please Please Me" went to number one on the charts, ushering in the band's first taste of success. The Beatles' fame snowballed; upon arriving in America in 1964, band members were mobbed by screaming fans (they enjoyed this attention to the fullest). Once the fervor died down and the band's music evolved, Lennon's writing talent became more apparent. He experimented with wordplay and humor, and his music changed from bubble gum pop to a more poetic folk-rock style in imitation of Bob Dylan. He put together collections of so-called "prose pieces." The typical prose piece is a few lines, half poem and half wry joke. Books such as "In His Own Write" (1964), and "Spaniard in the Works" (1965) comprise prose pieces, and are interesting because they display Lennon's unique imagination and sense of irony.

On the other hand, his political songs were straightforward and serious. "Luck of the Irish" protests England's ongoing civil rights violations against the Irish Catholics. "Give Peace a Chance" (like "All You Need is Love"), became a mantra for anti-war protesters. "Happy Xmas (War is Over)" appealed to the conscience of each person, to look critically at his or her deeds of the past year.

Lennon even staged performance art pieces that took the form of anti-war demonstrations. In 1969, he and his wife Yoko Ono invited press photographers to his bedside to witness their "bed-in" for world peace. In this twist on the usual sit-in protest, Lennon announced that he would not get out of bed until America withdrew from the Vietnam war. This demonstration was a humorous way of broadcasting his opinion. After the photographers left, he got up, got dressed and went to work like everybody else. But his notoriety lent strength to the anti-war movement and confirmed him, in the public's eyes, as an artistic leader and folk hero.

On December 8, 1980, John Lennon was shot and killed outside the apartment building where he lived. Hundreds of people gathered for a candlelight vigil in his honor. Even today, many fans regard John Lennon as both a musical voice and a voice for world peace. 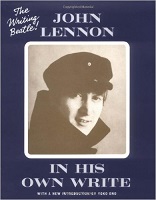 In His Own Write
John Lennon, Yoko Ono (Intro) 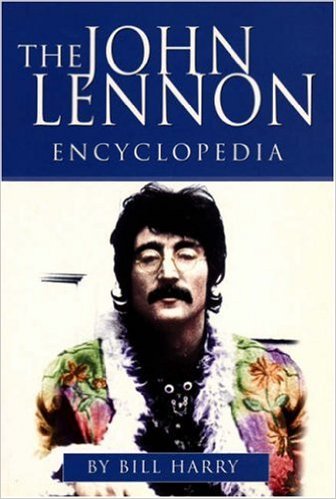