Diversity’s benefits in the Supreme Court

by the Monitor's Editorial Board from United States 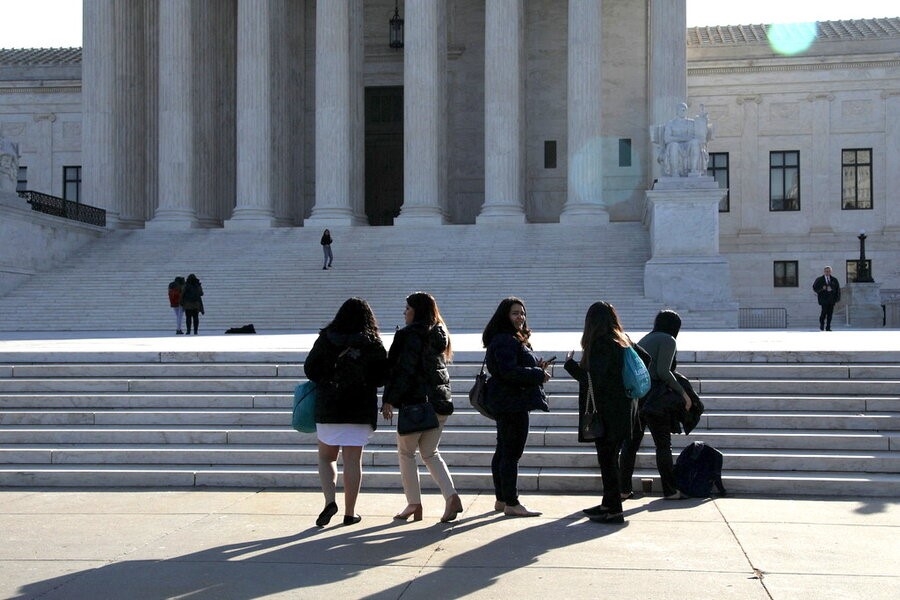 Every time a demographic barrier has been broken by a nomination to the U.S. Supreme Court – in ethnicity, race, religion, or gender – praise has collided with doubts. Would a more diverse bench of justices bring better justice and a more perfect expression of American democracy?

During this week’s questioning of nominee Ketanji Brown Jackson by the Senate Judiciary Committee, those doubts seemed far fewer than for nominees in the past who broke demographic barriers. This is a step closer to the ideal set forth by the main author of the Constitution. “The genius of liberty,” James Madison wrote, “seems to demand on one side, not only that all power should be derived from the people, but that ... the trust should be placed not in a few, but in a number of hands.”

Are the principles of self-governance inherent in the Constitution a natural and eternal unifier of a society riven on issues like race? Are the Constitution and its enforcer, the high court, above identities like race, gender, or religion? Viewed case by case, perhaps not. But over the longer arc of history, the court’s decisions show that American society is lifting up its thinking. In 1896 the court upheld segregation in Plessy v. Ferguson. Fifty-eight years later, its Brown v. Board of Education, it corrected that decision.

One uniquely American tool for bending law toward the country’s founding principles is dissent – and it has been used perhaps most skillfully by the court’s “firsts.” In his 1928 dissent of Olmsted v. United States, Justice Louis Brandeis argued against unlawful wire tapping. The nation’s first Jewish Supreme Court Justice set an enduring standard for privacy when he wrote about the “right to be left alone.” Justices Thurgood Marshall, Ruth Bader Ginsburg, and Antonin Scalia – the first Black man, first Jewish woman, and first Italian American – cast long shadows of influence through their dissents – dissents informed by the diversity of thought shaped by their life experiences.

If Judge Jackson is confirmed, she will not only be a role model as a Black person and a woman, but will also be a reminder of the need for justice to be universal in its application to all. A diverse court helps achieve that. Each time the range of individual perspectives on the court has widened, the principles entrusted to its care have been renewed.