"Four Winters shatters the myth of Jewish passivity through a stunning, heartfelf narrative of heroism and resilience." - Julia Mintz 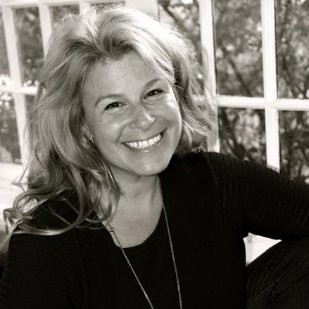 Julia Mintz is a writer, producer and director who focuses on highlighting accounts of resistance and valor. Her first feature-length documentary, Four Winters, explores the collective experience of Jewish partisans during the Second World War through individual accounts from a number of survivors. In an interview with the Berkshire International Film Festival, Mintz described the film as a work that, “shatters the myth of Jewish passivity through a stunning, heartfelt narrative of heroism and resilience.”[1]

A partisan, by definition, is a fighter that operates secretly to sabotage and immobilize an occupying force. During the Second World War, some Jews managed to evade capture or escape from camps and formed groups of fighters, hidden in various forests across Eastern Europe.

Surviving in heavily wooded areas was a challenge in itself as the groups constantly had to move around to avoid being discovered by German soldiers. Whilst they sometimes received help from local villagers, oftentimes people had either been indoctrinated by the widespread antisemitism or were simply too afraid of the brutal punishment they would receive if they were caught helping them. This meant the partisans often resorted to raiding farmers’ food supplies and having to survive harsh winters with shelters made only from branches and logs.

Julia Mintz discussed the making of the documentary as a part of the Eva Haller Salon Series, in which Haller explained that she had wanted to meet Mintz after hearing about the film. Haller’s older brother, John, was a Jewish partisan and was killed by the Nazis during World War II, so the film resonated with her on a deeply personal level. She explained that Four Winters touched something deeply hidden in her soul, her life and it helped her become who she is today, explaining, “It gave me back my brother and my identity.”[2]

In the salon, Mintz explained that whilst she wanted to portray the individual stories of the partisans, after conducting several interviews with survivors, she realized there was also a collective story to be told. She explained that “the film is told through a choir of voices interconnecting.”[3] Rather than compile the film entirely of words from scholars or historians, Mintz wanted to highlight the voices of those that had experienced life as a Jewish partisan; she interviewed survivors from Eastern Europe, Lithuania, Belarus, Poland, Israel, Canada, and across the United States. Seven of these voices make up the final film, though all the other interviews heavily informed Mintz in her filmmaking process.

Four Winters focuses purely on what happened to the individuals during the war. Mintz recognizes that audiences often want to know what happened to the survivors in the aftermath but she explained that she felt that the journey the survivors went on after the war was a ‘lifelong journey,’ and that she didn’t want to make this part of their experience seem like an afterthought.

Julia Mintz’s Four Winters is a vital work that explores an aspect of history that is sometimes lost.

Find out more about the Eva Haller Salon Series: /eva-haller-salon-series