by Kriday Sharma - Middle School - from New Delhi in India 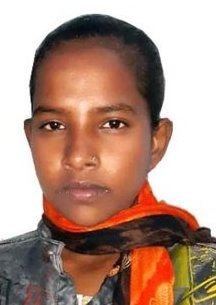 Jyoti Kumari PaswanGovernment of India for N.Modi, GODL-India via Wikimedia Commons The oyster of adversity yields the pearls of resilience – resilience that defies the normal and makes you rise above all the challenges!!

Jyoti Kumari Paswan, a 15-year-old Indian student born in the rural Darbhanga District of Bihar, India, has inspired an entire nation by her sheer perseverance and grit.

The exodus of the Indian migrant workers from cities to villages as they were rendered homeless during the Covid-19 lockdown in India was a crisis that unfolded in the most brutal manner – several daily wagers were forced to evacuate their accommodation as they were unable to pay the rent. The lack of public transport didn’t make things easier either. Hundreds of them were killed while covering unbelievable distances on foot – deserted and distressed! The petite Jyoti Kumari Paswan emerged as a catharsis of sorts to this dismal migrant crisis.

In January, 2020 Jyoti’s father Mohan Paswan, an auto rickshaw driver, was injured in a road accident. So Jyoti took a train from Bihar to Gurugram to help him recuperate. Then the pandemic reached India and in the biggest nationwide 'lockdown', Jyoti and her father were struggling to make ends meet. They exhausted whatever little savings they had and no longer could afford to pay the rent of their miniscule room.

By early May, they had only INR 1200 left. The landlord wanted to evict them, and they were also running out of food. So she said, “Papa let’s go home, we will die of hunger here. Let’s use our money to buy a bicycle, I will steer you safely," The reluctant father finally relented. With trains and buses grounded, Jyoti purchased a hot pink cycle of Rs 1600 from an acquaintance, promising to pay the remaining amount later. Her father said “Jyoti, how can we possibly go that far, the two of us on one bicycle?”

On May 8th, they started their journey with all their things stuffed into a duffel bag which was strapped to Jyoti’s back, and her injured father was riding pillion.

Jyoti covered around 30 to 40 km every day, except once when she was offered a lift by a truck driver for a short distance. She would spend her nights in gas stations along the highway and proceed with her journey at the break of dawn.

She said, “My arms and legs would ache, my mind virtually numb. A million thoughts were occurring every second." “Would they make it?” she would ask herself in weaker moments.

But she derived strength from every adversity that came along! After seven days of a gruelling journey, they reached their village of Sirhulli in Darbhanga in Bihar on the 15th of May.

Her humanity and empathy shines against the backdrop of inhumanity that forced her to cycle over 1200 km with her injured father. The Indian press labelled her as the ‘lion hearted,’ while Jyoti does not understand what the media hype is about – after all, she only did her duty as a daughter!!

But that kind of courage and sense of righteousness – carrying another person on an old bike, empty stomach and nearly barefoot is – the silver lining in this corona crisis!!

She was awarded the ‘Pradhan Mantri Bal Puruskar’ (Prime minister's national award for children) for her bravery. But she still reiterates that what she did was a compulsion and something no one else should ever face!

In this life of privileges and umpteen luxuries, we forget real heroes arise from the bosom of the earth – individuals like Jyoti who find strength to persevere and endure in spite of overwhelming obstacles!