Celebrate the ingenuity of young inventors and spark your students' creativity with MY HERO's multimedia resources to use in the classroom.

MY HERO recommends students read about William Kamkwamba, a boy from Malawai who at the age of 14 erected a windmill that generated electricity.

The second story is available in text with audio allowing students to listen as they read along. Great for ESL Students!

William Kamkwamba is a Malawian engineer, TED speaker, and memoirist who built his first windmill from junkyard scraps to help his struggling family farm.

William Kamkwamba designed and built a windmill, at the age of 14, for his family in Malawi, Africa.

Many of our most famous inventors began inventing when they were kids. Other young inventors may not be as well known... yet!

Students watch one or more of the following short films about young inventors before considering the discussion questions.

The Secret of Trees

What do trees know that we don't? 13-year-old inventor Aiden set out to find out.

1. William Kamkwamba and the young inventors highlighted in the films started with an idea. What inspired them?

2. How did Caine come up with the idea for his arcade? What type of arcade game can you create?

3. How can a small science kit change students' learning in certain parts of the world?

4. Aiden connected the structure of trees to solar energy. How could his invention be a better way to collect energy from the sun? Research others working to improve solar power.

Who are other young inventors who are being recognized for their work?

Want to invent the next big thing? Think like a kid.

Quinn Callander is a 13-year-old who invented protective gear for face masks, helping healthcare workers during the COVID-19 pandemic.

Benjamin Franklin, one of the Founding Fathers of the U.S., created swim flippers (used on the hands) at age 12.

By: Vanessa from Casselman

Bombardier invented in the first snowmobile at age 15 in Canada.

By: Brett from San Diego

Louis Braille invented a system of writing and reading used by blind people all over the world.

1.Quinn Callander is a 13-year-old Boy Scout, who, after taking on a request from a Canadian hospital for a protective gear that could ease the prolonged discomfort from a face mask, immediately set to work and created dozens and dozens of his own ear guard design and created it directly from his 3-D printer. What are other inventions that have helped during the Covid pandemic?

2. Benjamin Franklin and Joseph-Armand Bombardier created their first inventions at a young age. Identify other inventors who began their career during their youth.

3. As a blind boy, Louis Braille recognized a need for a better way for the blind to read and created a solution. Who are other teen inventors working on solutions to problems?

4. Be inspired, identify an issue, work with your peers to create an invention to solve the problem.

5. Share the story of a young inventor or your own efforts as an inventor with MY HERO.

6. How will Dorcas Lukwesa's project, Mobile Aquaponics, have a positive impact on climate change, promote food security and reduce poverty? Identify areas of the world that would benefit from mobile aquaponics. 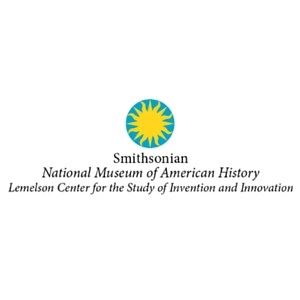 LEMELSON CENTER for the Study of Invention and Innovation

We create free resources for organisations, teachers and parents to encourage children to think up and draw great invention ideas.

MY HERO Calendar in the Classroom: Learn about a New Hero Every Day of the Year