by Anthony Pouw from Los Angeles, California in United States

L. Ron Hubbard was born in Tilden, Nebraska on March 13, 1911.  He was a remarkable individual in many different ways. So remarkable in fact, that many people would find it very hard to believe that he accomplished so much in a single lifetime. 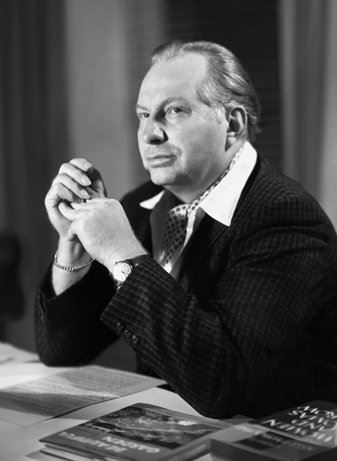 I consider L.Ron Hubbard to be foremost a Humanitarian. Throughout his life he sought to understand and improve the Human condition. What made him remarkable was his engineering approach to the problem of Life and the humanities.  He wanted to know how things actually worked. For him, knowledge and it’s workability and usefulness was key. So, realizing that there were many things he did not understand about life, he went out and lived it and in so doing learned things first hand about peoples and cultures.  L. Ron Hubbard was not an armchair researcher. He truly was an explorer. He wanted to understand Man: How does Man tick, why does Man do what he does and more? This led him to explore this thing called “The mind”. What is it? How does it work?, Can it be changed?, Does it work the same across peoples and cultures?  And many more questions like it. His research ultimately led to the publication of the book “Dianetics: The Modern Science of Mental Health” in 1950. In this book, not only did L.Ron Hubbard layout how the mind works, but also detailed methods and techniques whereby a layman with a knowledge of materials in this book could help his fellow man overcome problems and difficulties stemming from this thing called the mind.  For Ron or LRH, as I like to call him, it was about workability. A datum was as true as it was workable.

With this viewpoint he learned that “function monitors structure” I.e. The mind monitors the brain and is boss, not the other way around. This set Dianetics at odds with psychiatry, where it was believed that by altering the brain, or altering the chemicals in the brain, behavior could be changed for the better and people could be helped. For the psychiatrist it was all about the “chemical imbalances of the brain” and fixing these “imbalances” using drugs, lobotomies and Electro-Convulsive-Therapy (ECT), all of which are invasive and quite often destructive treatments.

This is one of the reasons why L.Ron Hubbard is my hero.  Despite all of the opposition he encountered he continued on with his research. This then led him to confirm the existence  of the “human spirit,” something, that he had set aside as part of his Dianetics research, but later in his efforts to refine and improve Dianetics and it’s techniques, he arrived at the conclusion that Man was not just a body with a brain, but rather Man was a spirit, separate from the body,  with a mind that was not the brain. He found that by addressing the “spirit” a Man could become more able to control his life and environment, become more aware, and become happier and could rise above the problems of the mind. From this conclusion the subject of Scientology was born and was an advancement on Dianetics.

From out of all of this, he went on to develop  many technologies to help Man, and I have personally benefited from many of them. I have also had the privilege of helping others with the knowledge I have gained from reading many of the works and books written by L. Ron Hubbard.

To this day, from all corners of the globe, from all walks of life, from all religions, people are learning about L. Ron Hubbard and his legacy and are discovering for themselves that he truly was and still is one of Man’s best friends.

I am a Scientologist and am very familiar with L. Ron Hubbard and his works. I believe that his works have a lot to offer people towards helping them to better understand themselves and life.