A labor union is also called a trade union.

It is a group of workers who come together and organize to negotiate for their interests, such as:

An individual may not have a lot of power to negotiate with their employer, but a trade union (a group of individuals coordinating for work benefits) does. This is called collective bargaining power.

After the American Revolution

Under English common law, labor unions were considered illegal conspiracies. Until 1842, it was unclear in the US whether workers had the right to organize for better working conditions.

In 1842, the Massachusetts Supreme Court ruled in a landmark decision that unions were legal.

1880s | The Second Industrial Revolution in the US

The last third of the 19th century is considered the second US Industrial Revolution. The United States moved from a more agrarian society to an industrial one, of factories, construction sites, the longshore industry, mills and mines. Workers, both children and adults, suffered from long hours, low pay, and hazardous work environments.

Workers began to organize into unions for better working conditions. They found that together, they had a voice. Their strategies were to strike (get everyone to stop working) and negotiate with their employers.

The first Labor Day parade was held in New York City on September 5, 1882. 10,000 workers marched from City Hall to Union Square, and held a celebration with a picnic, concerts and speeches to honor workers.

Who had the idea for Labor Day? It could have been Peter McGuire or Matthew Maguire, both of whom were union organizers.

PHOTO: US Department of Labor

Some say Peter McGuire, who co-founded the American Federation of Labor, with Samuel Gompers, invented Labor Day. He proposed the idea to honor US workers at a union meeting in New York in 1882, to "be celebrated by a street parade which would publicly show the strength and esprit de corps of the trade and labor organizations."

Others say Matthew Maguire, a union secretary for machinists in New Jersey and New York, was called the undisputed author and father of Labor Day.

The US Department of Labor website states the prevailing theory that Samuel Gompers of the AFL did not want Labor Day to be associated with Matthew Maguire's "radical" ideas, and gave the credit to Peter McGuire.

1886 | Samuel Gompers and the American Federation of Labor

The American Federation of Labor was founded in 1886. It was a national organization made up of many trade unions. Under the leadership of Samuel Gompers, many milestones in the labor movement were achieved. His approach was "pure and simple": "higher wages and a shorter workday."

In 1955, the AFL merged with the Congress of Industrial Organizations , and the organization is still active today as the AFL-CIO with 12 million members.

(27 Jan 1850 - 13 Dec 1924) Samuel Gompers founded the American Federation of Labor in 1886, one of the largest and longest running labor unions in the United States. Gompers led the AFL to create child labor laws, working hours.

Mary Harris aka "Mother Jones" fought for the rights of workers for over three decades, from the 1890s to the 1920s. According to the Mother Jones Museum:

"One of the Jones’ key contributions was building workers’ commitment to unionism that bridged racial and ethnic divisions. She condemned white supremacists in the union movement, and argued for instance that the black miners of West Virginia were the best trade unionists. In the southwest, she argued Mexicans and Italians should be the base for the movement."

Mary Harris Jones worked to free men, women, and children from industrial slavery. She was called "the most dangerous woman in America" for successfully organizing mine workers.

From the 1890s through the 1920s Mother Jones, (Mary Harris) worked to advance the abolition of child labor and the organizing of the United Mine Workers.

1894 | Eugene Victor Debs, the Pullman Car Strike, and the Establishment of Labor Day as a Federal Holiday

Labor Day was actually established by President Grover Cleveland during the middle of the Pullman Car Strike of 1894. This strike was important because the president ordered federal troops to go and put down the strike.

The workers were living in a "company town" owned by the Pullman company, who charged them rent and utilities. However, after Pullman cut their wages by 28% after the Great Depression, they did not lower their rents. Eugene Debs had successfully organized the American Railway Union to strike, but lacked the support of the American Federation of Labor. The American public was sympathetic to the workers' plight. But then, the strike became violent.

President Cleveland was able to shut down the strike because the workers shut down trains carrying US mail, which is a federal crime. Because it was an election year, he established Labor Day as a conciliatory gesture towards the labor unions.

After the failure of the Pullman strike, in which around 30 people died, and property was damaged, Debs became a socialist and ran for president 5 times.

Debs was a co-founder of the Industrial Workers of the World (aka the Wobblies), and one of the first national industrial unions in the US, the American Railway Union. He spent time in jail for the Pullman Car Strike and for speaking out against America's involvement in World War I. He ran for US President five times as a socialist. He

A Jewish shirtwaist (blouse) maker who spoke no English, Lemlich led the the New York shirtwaist strike of 1909, also known as the Uprising of the 20,000. 20,000 women garment workers from 500 factories successfully went on struck and got better pay and shorter hours.

By: Student from Cincinnati

Clara Lemlich led a strike of 20,000 people from 500 and negotiated successfully for higher wages and shorter hours.

Frances Perkins was an eye witness to the tragic Triangle Fire and was a labor advocate. She served as the U.S. Secretary of Labor from 1933 to 1945 under President Franklin D. Roosevelt. She he helped bring the labor movement into the New Deal coalition.

Hilda Solis on her predecessor, Secretary of Labor Frances Perkins

By: Secretary of Labor Hilda Solis

The Social Security Act, the National Labor Relations Act, and the Fair Labor Standards Act, which were passed in the 1930s, did not extend to agricultural workers.

Cesar Chavez and Dolores Huerta brought the grinding poverty and difficult working conditions of farmworkers to the public eye. They organized agricultural workers for better wages and working conditions. Their motto was Viva La Causa ("long live our cause.")

Inspired by Gandhi, St. Francis of Assissi and Martin Luther King, Jr., they always used non-violent methods of resistance. They led the Delano grape strike, public fasts (not eating food), and a 340-mile march from Delano to Sacramento in 1966.

They successfully got the CA government to guarantee legally that farm workers could organize into a union, collectively bargain, and vote.

Cesar Chavez was steadfast, brave and had a benevolent heart during his struggle to help farmworkers.

Huerta began to see the need for agricultural workers to organize for labor rights as a teacher. Many of her students, who were children of migrant workers, told her stories of their parents’ working conditions, such as long days in fields with no toilets or cold drinking water.

1963 | March on Washington for Jobs and Freedom

The idea for the march came from A. Philip Randolph (1889-1979). Randolph was a union organizer and one of the most important civil rights activists in the 20th century.

From 1925-1935, he led the Brotherhood of Sleeping Car Porters, a union of African American car porters employed by the Pullman Company. He successfully led them to almost two million dollars in increased wages and better working conditions. They became the first African American union that joined the American Federation of Labor, which had previously excluded African Americans. 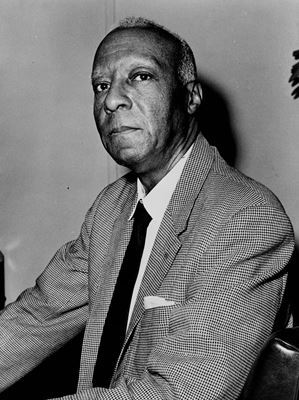 In 1941, Randolph organized a March on Washington to protest the exclusion of African Americans from defense industry jobs, which were a way into the middle class. Faced with the possibility of the protest, President Franklin Delano Roosevelt was forced to ban discrimination for defense industry jobs "based on color, creed or national origin." The march was cancelled, and the March on Washington movement was born.

In 1962, Randolph wanted to do a similar march, bringing together civil rights groups. Bayard Rustin, one of the most influential civil rights leaders of the 20th century, organized the march. Two of the goals of the march were a massive federal works program to train and place unemployed workers, and a Federal Fair Employment Practices Act barring discrimination in all employment.

In 1964, Title VII of the Civil Rights Act banned work discrimination based on race.

March on Washington for Jobs and Freedom

One of the largest political rallies for human rights in U.S. history on August 28, 1963.The peaceful tone of the gathering was influenced by Reverend Martin Luther King, Jr. and the event helped pass the Civil Rights Act of 1964 and the Voting Rights Act of 1965.

By: Jasmine from Chapel Hill

Bayard Rustin was an important leader in the U.S. Civil Rights movement and also a leader of the AFL-CIO.

Achievements of the American labor movement

The movement's many social and economic achievements for workers include:

Guarantees workers the right to organize into unions, to bargain collectively, and to strike.

Protects children by prohibiting most child labor in oppressive conditions, establishes the minimum wage, overtime, and the 40-hour work week

Protects against workplace discrimination based on sex

Bettering the lives of workers and creating a middle class, labor unions are considered an essential part of democracy.

Many people think that young workers are working just for extra money for clothes, phones, or going out. But in reality, they work to support their families, make less than previous generations, and experience a higher unemployment rate than other workers. Young workers are the future of the country’s workforce– what happens to them has huge implications for how work is changing today. I am a #youngworker combines worker experience and research data into a powerful and artistic animated story.

"Studs Terkel...chronicled the aspirations of working people in their pursuit of the American Dream, and railed against the powerful interests that held them back.' - American Postal Workers Union

The Origins of Labor Day

US Department of Labor

The History of Women in the Labor Movement