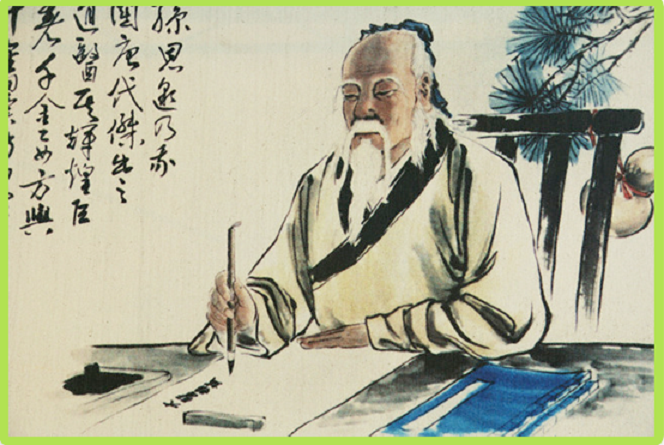 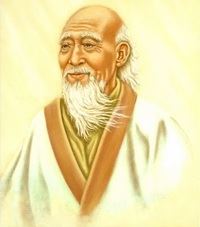 Lao Tzu: The Man Who Defined Generations to Come

When people hear the world “philosopher”, they usually think of the well known, great Greek philosophers like Plato, Aristotle, Socrates, and so forth. But, there is one philosopher that may not be from Greece, and is sadly overlooked, but is still as great or maybe even greater than the ones previously mentioned. That person, is the Chinese philosopher Lao Tzu. Born around 603 BC, over 300 years before his Greek predecessors, Lao Tzu lived in split feudal China. At that time, China was falling apart; and that was all because the people avidly hated the other if they were from a different province from theirs. But, this did not last for long. Thanks to Lao Tzu’s astute teachings and simplistic lifestyle of peace and prosperity, he had paved a road for generations to come; a guiding path, for a positive, happy life.

Lao Tzu is a honorable man with many feats, many of them coming from his religion of Taoism. He believed in following the “way”, or living simply, as stated in the quote “As it is ever desireless, it may be called ‘small.’ As Ten Thousand Things ultimately return to it, it may be called ‘great.’ It does not call itself great, Therefore, it is genuinely great.” As Lao Tzu would say, it’s about the little things in life. If we focus too little on these, then our perception of the bigger things will soon fade out into nonexistence. He was also a big supporter in peace, and nonviolence, as said “There will be no harm. There will be pleasantness, peace and no incidence.” Lao Tzu as always said that peace and prosperity can run our world for the better. That if we all get along, then modern reality would become delightfully enjoyable. Lao Tzu will always be remembered for his observations for generations and generations.

Then, Lao Tzu on the philosophy side was just inspirable, and perfectly paired with his religion of Taoism. While also following the “way”, he heavily enforced it among his students through his teachings, stated “With the arrival of the “Way of the Celestial Master” (tianshidao), the first organized religious Daoist establishment (daojiao) in the second century C.E., the story of Laozi gained an important hagiographic dimension. The founding of ‘Celestial Master’ or ‘Heavenly Master’ Daoism was based on a new revelation of the Dao by Laozi” (Stanford Library.edu). This leads into the aspect of Taoism, mainly in that the followers showed faithfulness by showing their undivided respect and attention for the “master”. This also expands on the expression of nonviolent devotion towards themselves and others. He again, loves his philosophy so much, that he wrote a bible-like sacred text for Taoism, as stated “Tao Te Ching has a clear stylistic unity (in terms of the use of Chinese characters) and the only one use of the proper noun (the reference to Yang Tze River). A little later than when Tao Te Ching was written, the China was unified and many different dialects (particularly of different Chinese characters for the same sound) came to be known to each other. In consequence, homonyms (many different characters for the same sound) were given a certain ordering such that differentiation of meanings took place around the 3rd century. A good example of the situation with this complexity may be found for example in Chuang Tzu. Thus, the style of Lao Tzu differs so totally from Chuang Tzu in terms of the use of exceedingly difficult and complicated Chinese characters used by Chuang Tzu. Needless to emphasize, there is also a very clear unity of philosophical thought in Tao Te Ching”(csudh.edu). The Tao Te Ching is a very simplistic, yet very thoughtful and inspiring text. It talks about Chinese history, with adding in strong morals with a fluid pace. Lao Tzu had and will always have a reputation for being a star among the galaxy, paving roads for us to follow.

When getting to the bottom of it, Lao Tzu was just a humble, nice guy who loved to live simply and have a clear purpose in, and to, his life. In fact, “Lao Tzu” actually means “Old Man” or “Old Master” in Mandarin Chinese! With that wording, some might believe that the old and weak cannot accomplish much by the age, or is just simply useless. But for Lao Tzu, hitting those years was just the beginning for him.