by Troy Cresto from San Diego, California in United States 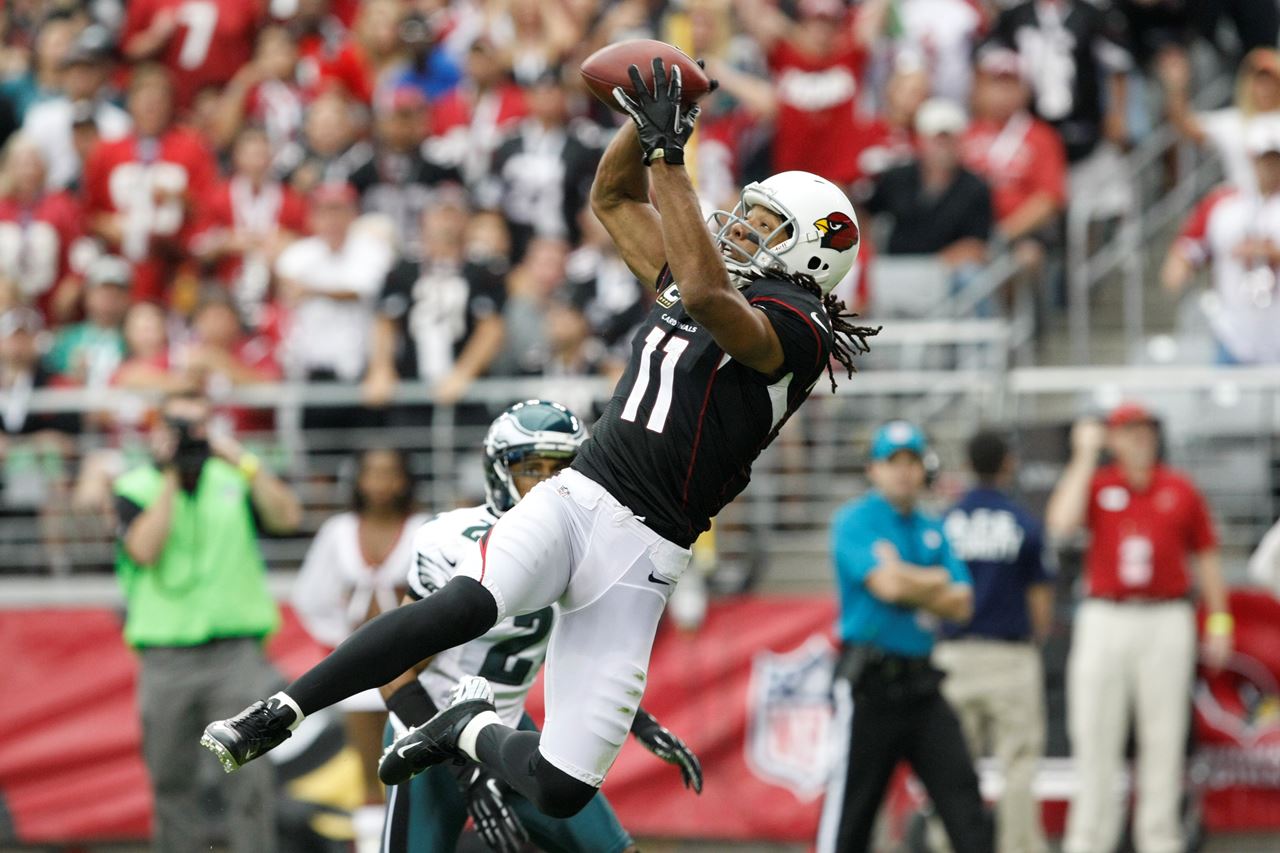 Larry Fitzgerald Touchdownhttps://arizonasports.com/story/828957/larry-fitzgerald-best-touchdown-catches-in-images/        NFL players make lots of money, and how they spend that money is up to them. Some may keep it for themselves and some may use it for good causes. Larry Fitzgerald is a NFL Wide Receiver for the Arizona Cardinals. He has proven himself to be one of the best players of this era with his performance on the field. He has won many awards for his skills as well. Not only is he great on the field, he is great off the field. He has donated lots of money to hospitals in 2017, which lead to him winning the Walter Payton Man of the Year award for his work. He has proven to be a hero through his generosity, his hard work and his kindness. 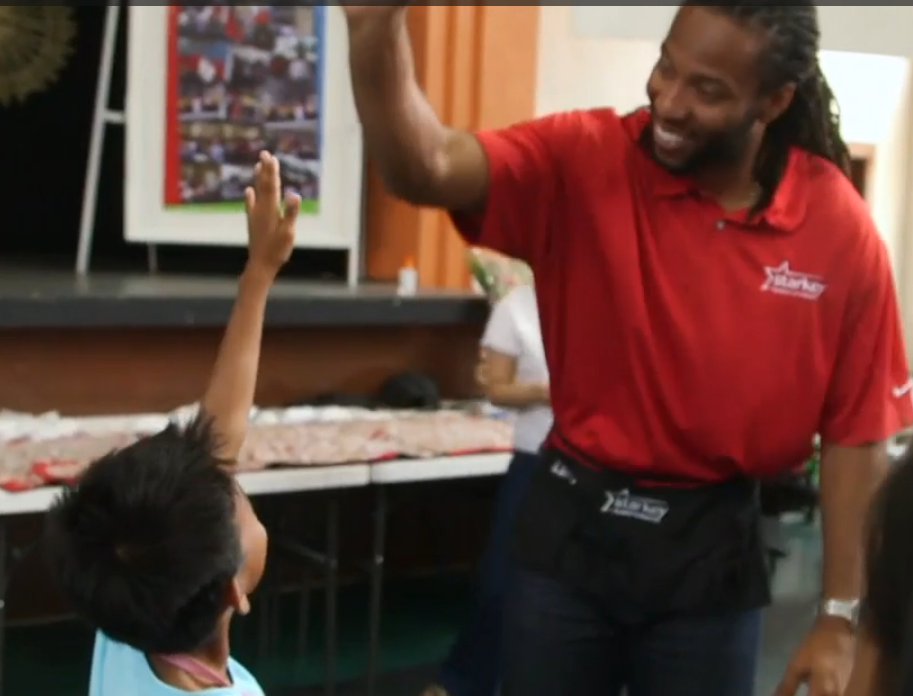 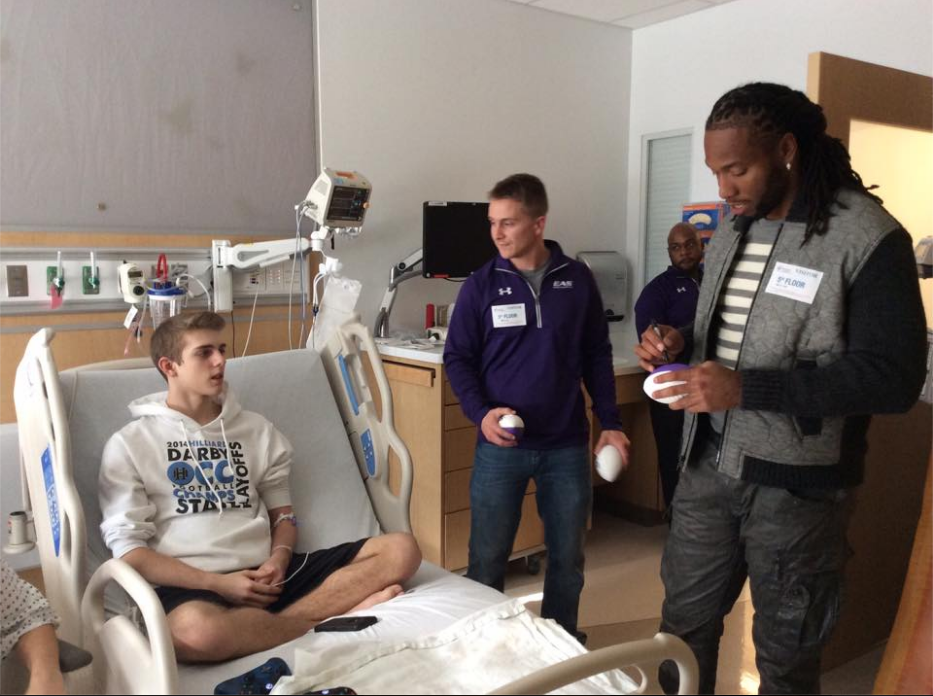 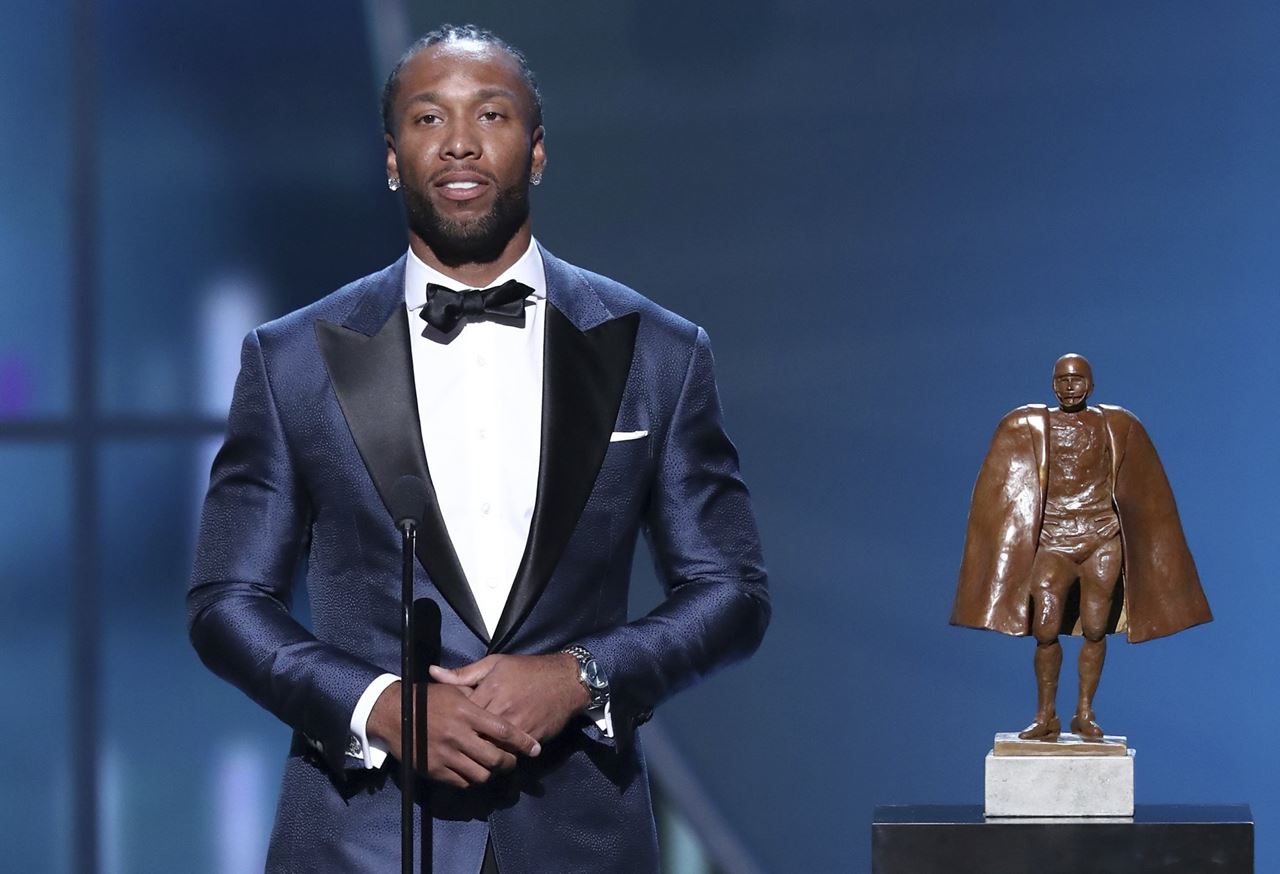 Fitzgerald wins Walter Payton Man of the Year 2017https://www.twincities.com/2017/02/04/larry-fitzgerald-eli-manning-share-nfl-man-of-the-year-award/Larry Fitzgerald needed to work for the money to donate as well. He has proven himself to be one of the best wide receivers of our generation. “In his first 12 seasons with the Arizona Cardinals, Fitzgerald earned nine Pro Bowl appearances, in addition to garnering All-Pro first-team honors in 2008. By the end of the 2015 regular season, the veteran wideout had accumulated 1,018 receptions for 13,366 yards and 98 touchdowns, making him the most productive pass catcher in franchise history. More than anything, throughout his career Fitzgerald has impressed his coaches and teammates with his intelligence, indomitable work ethic, and humble approach to the game, qualities that have made him a clubhouse leader both at the collegiate and professional level.”  ("Larry Fitzgerald." Contemporary Black Biography, vol. 133, Gale, 2016. Biography In Context) He is a very hard and dedicated worker on and off the field. With these stats, Larry Fitzgerald is known as one of the greatest receivers of this generation. With his skills comes bigger contracts. Since he earned more money, there is more money he is able to donate to the charities.“Helping others is something that was part of my upbringing, and is woven into the fabric that spans across multiple generations of my family. And in my 32 years, it’s been an ever-present and fundamental part of my life.” (“Larry Fitzgerald Contemporary Black Biography”) Larry Fitzgerald’s goal was to help others, and he has been working hard his whole life to be able to help others, and now he is very rich and able to donate lots of money, which he has.

Larry Fitzgerald has proven through his hard work, dedication, generosity and his actions that he is indeed a hero. He has donated over half a million dollars to hospitals to help take care of children in need. He is an inspiration to many because he has so much money and he used it to help others, not himself. Larry Fitzgerald has taught me that helping others is very important and you should always be generous. Professional athletes are paid lots of money, and how they spend it is up to them. They can either buy pointless luxuries, or use it to help those in need, which Larry Fitzgerald decided to do.