Lawns are the new wedding venue in the age of coronavirus

Couples with dashed wedding plans due to lockdown restrictions have been tying the knot on those tidy green spreads instead, including at least one loaner. 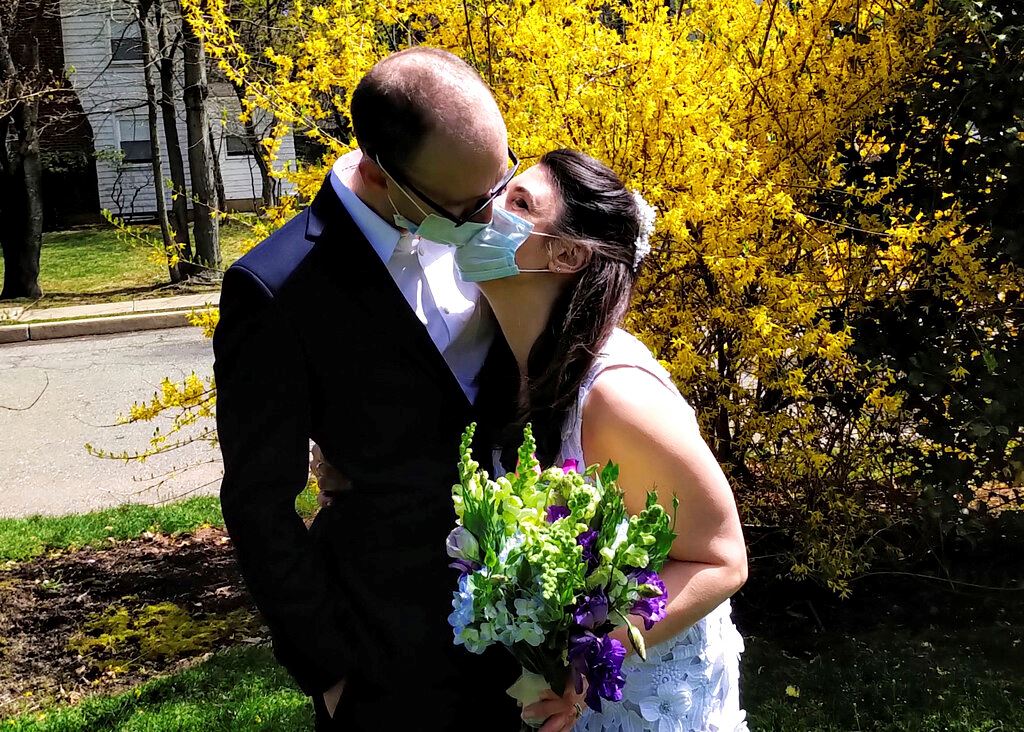 Danielle Cartaxo and Ryan Cignarella were supposed to get married in West Orange, New Jersey, on April 11 at a venue with sweeping views of the New York City skyline. Rather than abandon their Easter Weekend nuptials, they headed outdoors.

The tricky part was finding a lawn. The two live in Wayne, Pennsylvania, about 100 miles away, but they had a marriage license issued in West Orange, where Cartaxo lived until she was 5.

"We still felt like at the end of the day making that commitment to each other was important and we didn't want to wait," Cartaxo said.

But they were barred from marrying in a public space. That's where a stranger, Janice Berman, comes in. A friend contacted Berman, and she offered her front lawn, with a few yellow spring blooms on one of her bushes as backdrop.

"My husband played the `Wedding March' for them on a speaker," Berman said. "We watched from the porch. It was really fun. They were so sweet."
The couple's maid of honor and best man attended at a safe distance, as did Cartaxo's parents. The bride, in a short white dress, held a bouquet. A small, handwritten "Just Married" sign marked the occasion. They'll have a party later. 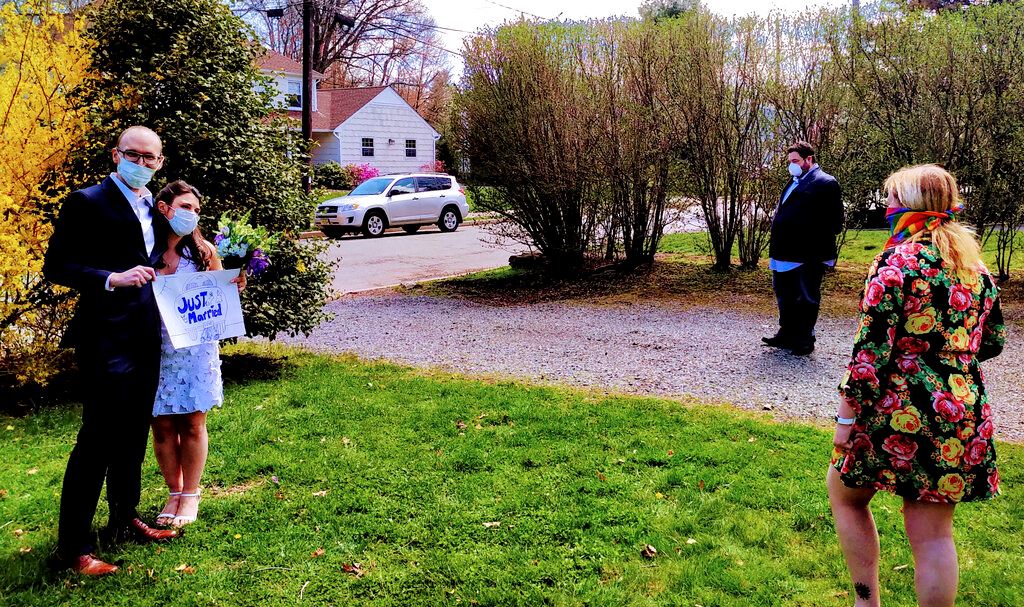 "You have to be grateful in times like this," Cignarella said. "Sometimes when you put goodness out into the world it kind of comes back to you."
In Muskego, Wisconsin, Kalee and Tim Gbur weren't in need of a borrowed lawn. They used their own for their wedding on April 18.

They had originally hoped to marry last October, but Kalee's paternal grandmother fell ill and died in December at 101. Her grandparents' wedding anniversary was April 18, and her chosen venue, a grand hotel nearby, was free on that date.

Then the pandemic struck and the couple's plans were scuttled once again. What was once supposed to be a big affair with more than 250 guests was moved to their lawn.

"We went through weeks of trying to decide. Should we move our date altogether? Should we keep it April 18? I said, `You know what, I don't want to give up our date. I want to honor my grandma,'" Kalee said.

They were going to keep it small and simple. Then her mother and sister stepped in with balloons and a huge "Just Married" sign with their names in their wedding colors, purple and gray. Loved ones decorated their cars and stood in the street, honking their horns in celebration. A neighbor built a wooden backdrop adorned with tea candles and flowers.

Somebody else provided a white plastic aisle runner.

"When we were doing this we were like, this is just not going to be what we wanted, but it actually ended up being better than what we wanted. It really touched our hearts seeing everybody there, just coming together," Tim said. "I wouldn't change a thing."

With social distancing in place, and high wind blowing, Kalee's not sure exactly what their impromptu guests actually heard during the ceremony.
"They were pretty far," she laughed.
___
While nonstop global news about the effects of the coronavirus has become commonplace, so, too, are the stories about the kindness of strangers and individuals who have sacrificed for others. "One Good Thing" is an Associated Press continuing series reflecting these acts of kindness.