by Kaia Ocampo from San Diego, California in United States 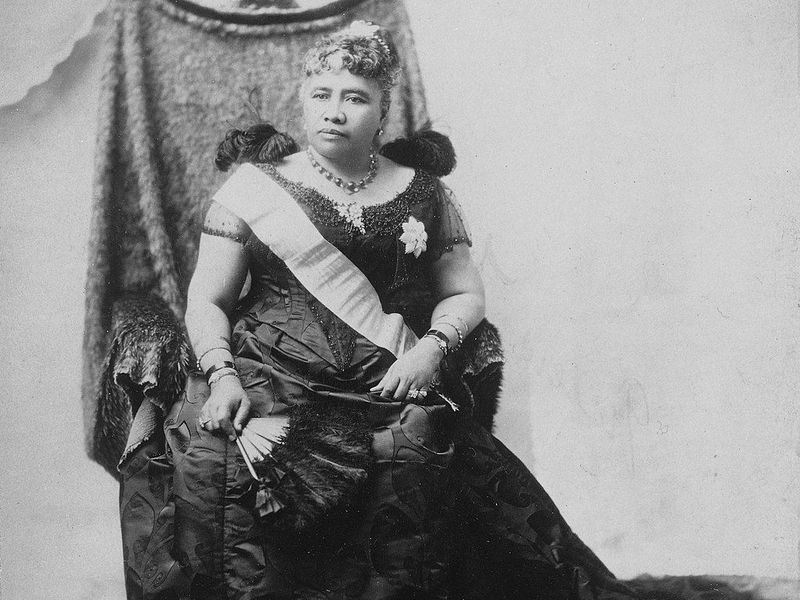 ʻO Liliuokalani kona mau mea a pau. ʻO Hawaiʻi kona aloha, ola, haʻaheo, a me ka hauʻoli. Queen Liliuokalani of Hawaii would do anything for her home. Liliuokalani was the only woman to ever rule Hawaii, and she was the last Hawaiian monarch ruling from 1891 to 1893. Her number one goal as queen was to restore all lost power to the Hawaiian people, due to the Americans and their want of the annexation of Hawaii. Knowing the Americans would willingly let the Hawaiian culture die, Liliuokalani did everything she could to try and give the control back to the Hawaiians. Although America overthrew her in 1893, all her efforts to uphold the culture of old Hawaii made an impact on the islands today. Liliuokalani was so proud of where she came from, who she was, and how her Hawaiian culture shaped her into a lovely queen who had an infinite amount of care. Never did she think about herself and what she wanted; she always thought about her people present on her beloved Hawaii. The riches and fame meant nothing to Liliuokalani, for all she aspired to do was to spread the aloha spirit. Queen Lydia Lili’u Loloku Walania Wewehi Kamaka’eha, also known as Liliuokalani, was the last ruler of the islands of Hawaii who always put her island before herself, and devoted her life to representing the Hawaiian culture. 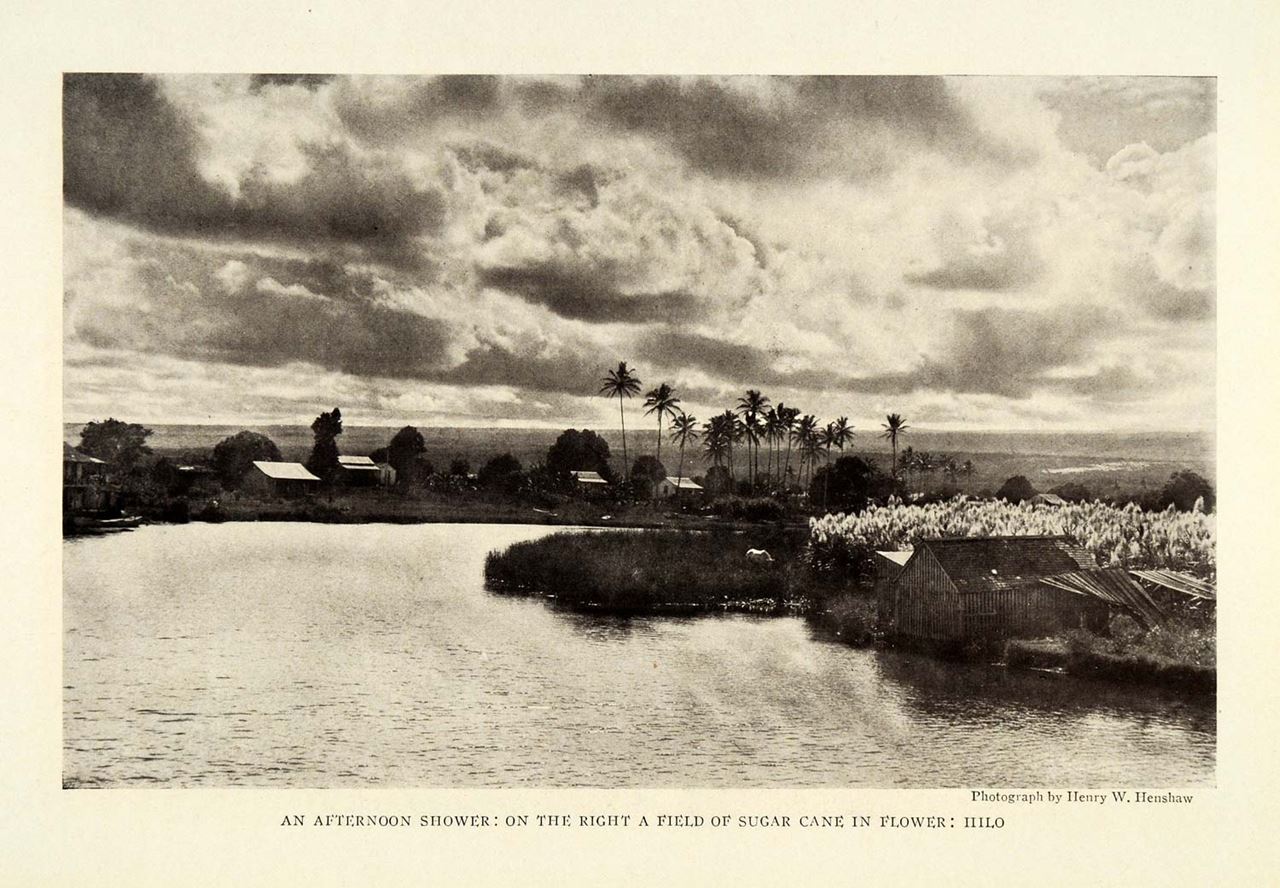 Liliuokalani had such a selfless heart that always lead her to put her island before herself. She wanted to restore the power of the Hawaiians to give them a better life: “By the time she took the throne herself in 1891, a new Hawaiian constitution had removed much of the monarchy’s powers in favor of an elite class of businessmen and wealthy landowners (many of them American)” (“Liliuokalani”). The Hawaiians lost many of their powers, because the Americans wanted Hawaii to become a part of the United States. Liliuokalani knew that for the Hawaiian people to live a good life, she needed to do everything she could to try and get the power back to the islands. She did not care about how much the American people would love her as a monarch; she cared about her people living the best possible life they could live. Liliuokalani wanted her people to appreciate their lives, and she wanted nothing more than their happiness. It made Liliuokalani sick to think that one day, the Americans would use Hawaii as just another territory, even though the Hawaiians had cultural customs and lands of their own. Instead of abusing royalty to benefit her own life, Liliuokalani put in all her efforts to regain all power to her island. She did everything she could from preaching, hosting pride festivals, to organizing different organizations that would benefit the Hawaiian population. Soon enough, America highly despised Liliuokalani's efforts to restore the Hawaiian kingdom: “When Liliuokalani ascended to the throne, she refused to honor the 1887 constitution and proposed a constitution giving more power back to the monarchy. That was too much for Dole and the Americans. In January 1893, a “Committee of Safety” gathered near the queen’s Iolani palace. Stevens ordered 300 marines from the U.S.S. Boston to protect the committee, giving the U.S. government’s unofficial stamp of approval to the coup. To avoid bloodshed, Liliuokalani surrendered to the militia” (Daley). The Americans wanted to turn the island Hawaii into their own state. They had no respect for the culture, and they had no plans of benefiting the Hawaiian people. Threats of war and dismissal shook the island grounds constantly. It pained Liliuokalani to think that her island was drowning in fear, for Liliuokalani wanted her island safe, protected, and unafraid. She never wanted blood to hit the grounds of Hawaii. If anything, she was willing to sacrifice herself for her people’s safety. Liliuokalani would rather have the threats of danger aimed at her, than at her people. Because she cared so much about her island and her people, she gave up her throne to protect Hawaii. Liliuokalani could not stand to put Hawaii up for bloodshed, so she gave up her royal life, her riches, and her title of queen for her island she loved so dearly. Her people were her first priority. Despite all the hardships Liliuokalani had to face, she never failed her people, and she always put them first before anything else. 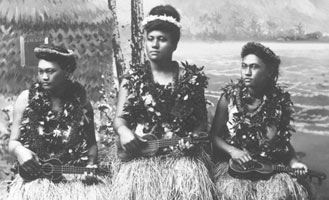 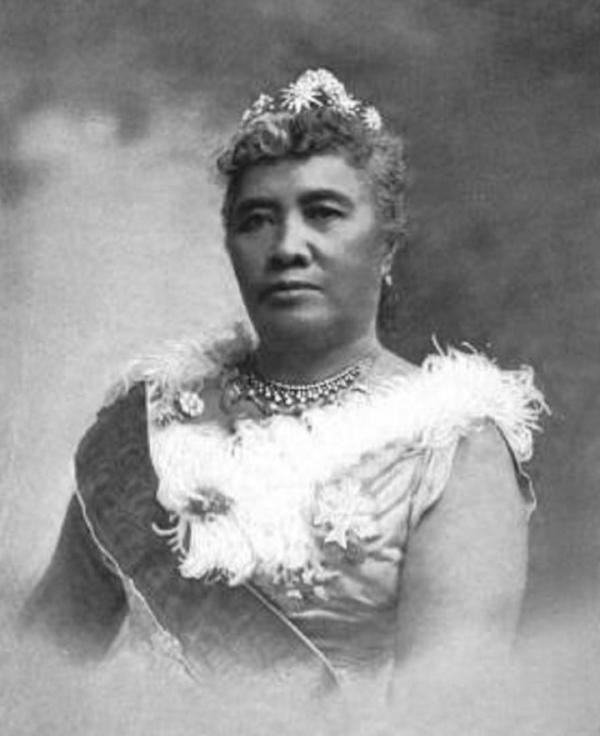 Queen Lydia Lili’u Loloku Walania Wewehi Kamaka’eha’s life was driven by her heart, who put others needs before her own, and her life was guided by her culture that gave her purpose. Liliuokalani’s selflessness and pride of her culture gave each and everyone a new perspective. Her bravery to go against the beliefs of people of a higher class is honored. The way the Hawaiian culture drove her to inspire people to be proud of who they are makes people think about their mindset, and how they view their own culture. Liliuokalani’s whole life revolved around sharing the power of aloha to all individuals. She defined a whole new meaning to what true aloha really is. Aloha is not just a greeting of hello and goodbye; it is a lifestyle. Aloha is a lifestyle of leadership, responsibility, forgiveness, confidence, encouragement, honestly, gratefulness, and integrity. Liliuokalani inspires all cultures to embrace who they are. She reminds everyone to never be ashamed of where they come from. She teaches people to believe in themselves, and to think about people around them. Liliuokalani inspires individuals to care about the wonderful people in our lives so much more, for she reminds individuals to never ever take anyone for granted. She inspires people to put others needs before their own. Her love spread to everyone, and Liliuokalani would want everyone to continue to spread the love she held in her heart. `O ka hali`a aloha i hiki mai, ke hone a`e nei i. Ku`u manawa, `o `oe nô ka`u ipo aloha. A loko e hana nei. Aloha `oe, aloha `oe e ke onaona noho i ka lipo. One fond embrace, ho`i a`e au. Until we meet again.