by Esther from San Diego, California in United States 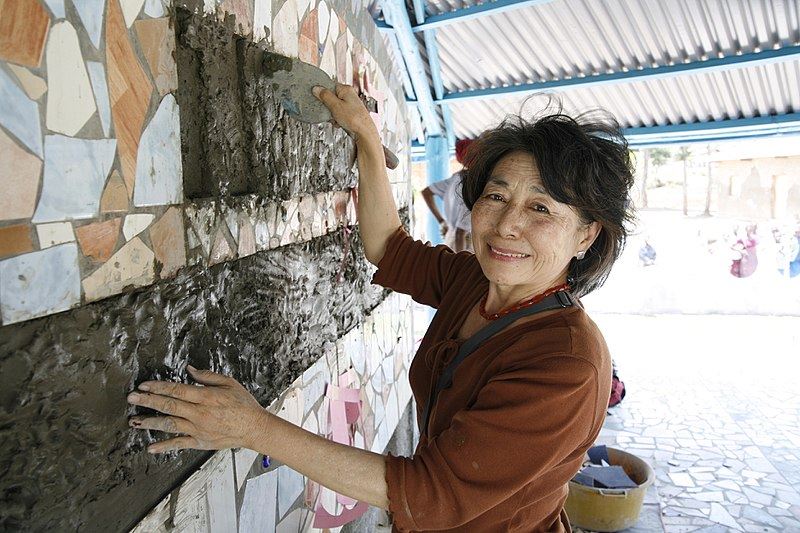 Lily Yeh smiles for the camera while working on a project.https://en.wikipedia.org/wiki/Lily_YehThousands of children live in darkness, danger, and despair. They have no hope or comfort in their lives. They are not noticed or cared for. Barefoot Artist founder Lily Yeh works to show these people their importance and worth. Yeh was born in a prominent Taiwanese family, and in 1963 immigrated to Philadelphia where she studied art. As a child, she was always into art and was inspired by the works of Gandhi, Martin Luther King, and Nelson Mandela. They motivated her to help others with her own art. Yeh says that being an artist is not only about making art, it’s about “doing the right thing without sparing oneself.” Fighting to create beauty through the dark, Lily Yeh uses her selflessness and compassion through art to help others.

Always on the watch for people in need, Lily Yeh helps others for their benefit rather than hers. She shows selflessness when she works with others on her art projects, keeping an open mind and being mindful of them and their situations. “The project has to take root in people's minds, emotions, and hearts. How do you do that? By working with them, by listening to them, by opening my heart. And when I have the space to listen, they usually open their hearts and share something and then we have the deep bonding and we can do something meaningful together" (Pompilio). By constantly being knowledgeable of the people around her, Yeh creates a caring, honest environment where people can be mentally free and know they are cared for. Glenn Holsten, her longtime friend, described her as someone who was hard not to be inspired by. Yeh makes sure everyone is welcome, comfortable and safe from whatever backgrounds they came from. “My message is that your light is as bright as mine. It’s like sunlight. There’s no difference. You just need to have it lit. It’s not about just me. It’s about a lot of people, working together” (Pompilio).

Aside from selflessness, she also has a compassionate heart that craves to make others happy. “I wanted to bring the gift of beauty to true broken and traumatized places in the world.” Yeh wanted to use her art for the greater good. When she began to notice the poverty around her, her eyes and heart were opened. At first, she started on smaller works like the North Philadelphia project before bigger ones that would lead her to starting Barefoot Artists. Yeh saw that the North Philadelphia was filled with overgrown lots, destroyed buildings, and had a lot of drug dealing and crimes. At first, the children thought of her as “the crazy Chinese lady” because she wouldn’t stop trying to create beauty. But the more she worked, the more curious the people became, and soon they were all trying to transform the place into something new and beautiful. In the future, after she had founded her company, Yeh looked back at this project with humbleness. 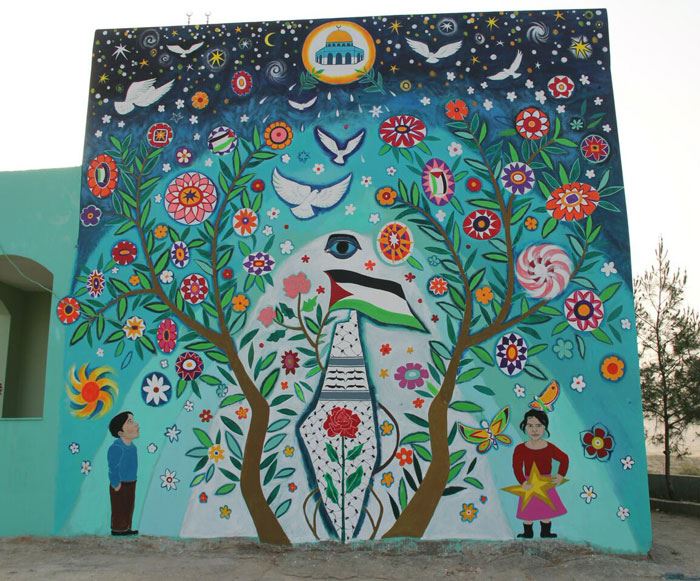 One of Yeh's many finished projects.https://www.healing-power-of-art.org/artist-lily-yeh-transforms-communities-around-the-world/"I could not have found my path if I was not provided the opportunity to work in the broken landscape of North Philadelphia. I would not have understood the depth of endurance and compassion, the human ability not only to survive Big Man [who’s real name is James Maxton]. He sold drugs and for twenty years destroyed himself and helped destroy the neighborhood. They [Big Man and another volunteer] stepped in to help me create this art. At the end because Big Man’s descent was so low, so deep, when he found art, when he heard positive feedback, when he saw beauty and he saw hope, then he started to dedicate his life to making mosaics and putting his life together. And because he had suffered so much, he had such immense understanding and sympathy for other people who were struggling or who were in the dark. That’s when I understood about compassion" (Whittaker).

Lily Yeh uses her selflessness and compassion to spread love and beauty around wherever she goes. The Philadelphia project really motivated her to go beyond her zone, to plunge herself deeper into this kind of work, and ultimately lead her to start her own nonprofit company.

Yeh inspired me because, as she puts it, her life is “a personal journey made public” (Dribben). She is not afraid to come at the world and accept challenges, while knowing what is realistic and what is not. She is brave, humble, kind, and forgiving. She makes me think more of the things I should do for people, and to learn to have an open heart and put others before myself.

A Conversation with Lily Yeh: Art for Social Transformation - Lily Yeh tells her art story, how to approach and help broken places, and how to change ourselves to change the world.
Lily Yeh's Biography and Impact - Yeh's background, impact, quotes and more.