by Jacob Nguyen from San Diego, California in United States

This fork in the road happens over a hundred times a day, and it's the choices that you make that will determine the shape of your life. 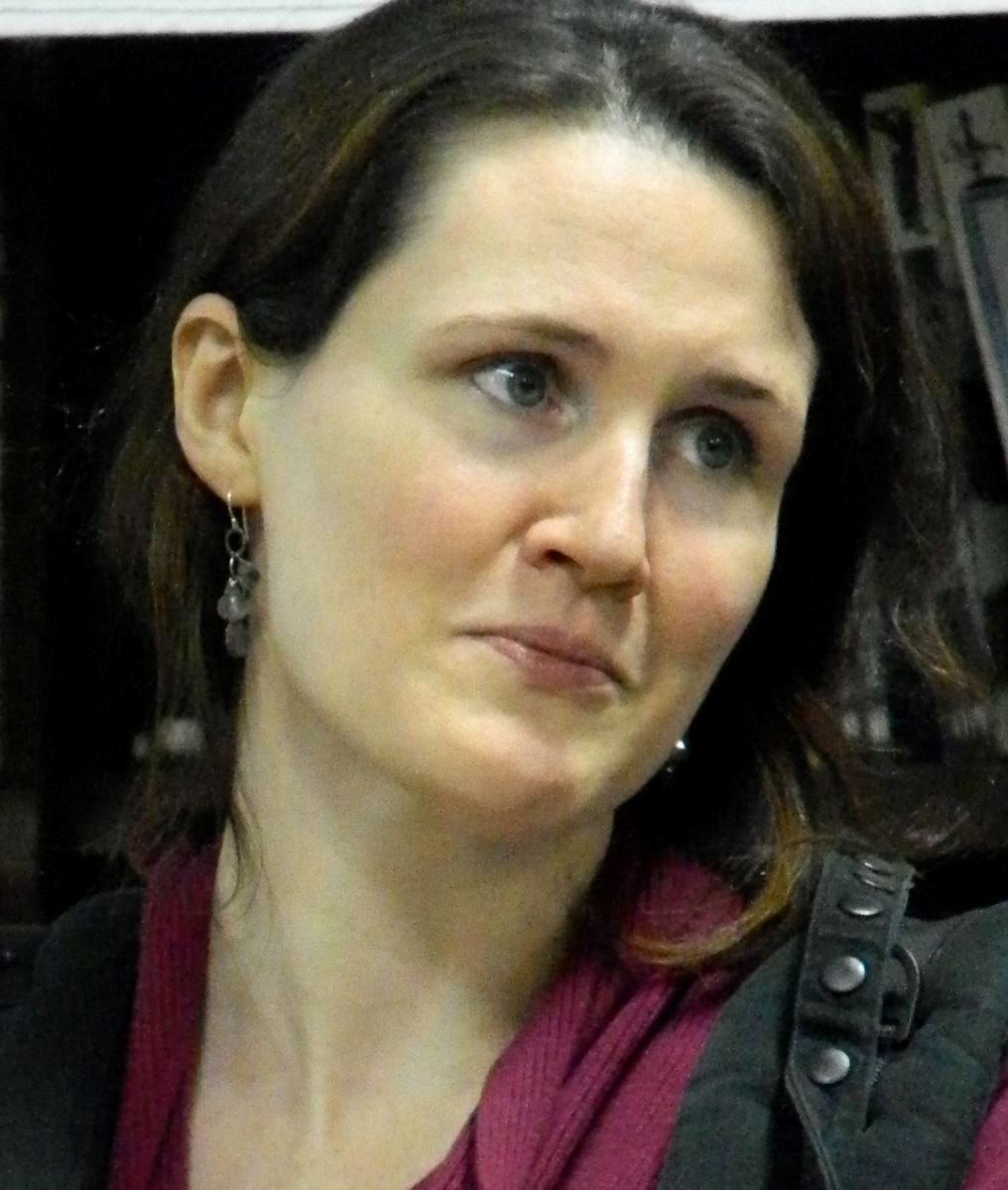 https://commons.wikimedia.org/wiki/File:LizMurray01-crop.JPGWes Washington Derivative work: Osado [CC BY-SA 3.0 (https://creativecommons.org/licenses/by-sa/3.0)]Liz Murray once said, "This fork in the road happens over a hundred times a day, and it's the choices that you make that will determine the shape of your life" (23 Quotes by Liz Murray). She became one of the most influential and motivational speakers to many people. To them she was a role model, a writer, and most importantly, a hero. Born in Bronx, New York, Murray was raised with her sister, Lisa, by their drug-addicted, alcoholic parents in a small household (“Liz Murray” Contemporary). This ruined both Liz and Lisa’s life because the family ran out of money and the parents started to sell anything they could, like their TV and their couch, to get their hands on more drugs. After wasting all their money on drugs, the family was forced to move house to house all the time, sometimes being on the streets. The father ended up leaving the family to move into a men’s shelter, and her mother unfortunately passed away due to AIDS (“Liz Murray” Contemporary). After all this happened, Liz wanted to build her life around education. She tried to enroll in different high schools, but all rejected her until she ran into a school called the Humans Preparatory Academy in Manhattan, which gladly accepted her. From there, she worked extra hard, taking compacted classes, resulting in her graduating within two years. Liz even got the chance to compete with others to write an essay for the New York Times about her life obstacles to get a scholarship at Harvard University. Her essay turned out to be the most impressive and she ended up receiving the scholarship and made her way into Harvard. Personally, to be a hero, one must possess determination and responsibility. Determination because someone that we look up to shouldn't give up when they haven't even tried, and they should keep pushing through. Responsibility because heroes should know when they need to own up to their actions and take control when needed. Liz Murray built up determination and responsibility through her childhood and teenage years, which eventually led her to graduate from Harvard when she was homeless and become an inspirational speaker.

Murray wanted to live a better life and get an education, so she had the responsibility to move through her life with her own actions. Liz noticed how she was falling, going down the same path as her mother, so she decided right then and there that she was going to stay in school and not go down the same road as her parents. During an interview, she said, "...I saw that I had a precious window of time in which I could get my life back together, go back to school, and make a success of myself” (“Liz Murray” Authors). After the death of her mother, she realized how she could turn her life back around in a positive manner. Now officially on her own, she had to make her own decisions, so she decided to go around and apply for different high schools to get an education. She took control of her life instead of sitting there, letting her life go into nothingness. Not letting her life obstacles have a single chance to ruin her, Murray would advance towards her goals of graduating school. She suffered from many things, but, “Despite these dire circumstances, including hunger and homelessness, Liz Murray chose to structure her life around education. She made the decision that she would become a straight A student and graduate from high school” (Bieber). Murray was responsible enough to know what she had to do with her life and decided to steer it in the right direction. She never let hunger or homelessness get in her way. Deciding to finally own up to her actions, Murray wanted to get out of the horrible situation she was in. She didn't want to let her life take over, so she took action and did what she had to do. She became responsible and took the hardships head-on, and she didn't let her parents' past failures influence her, so she had to take a stand and do what was right in her mind.

Murray’s dedication and efforts were clear when she was determined to apply for different high schools as she was trying to structure her career. She wanted to get into a school, but getting accepted into one is the hard part. She tried again and again for every local school around, but it all worked out because, “Although she suffered some rejections, and sometimes had to choose between food or bus fare for another interview, she eventually enrolled at New York's Humanities Preparatory Academy” (“Liz Murray” Authors). Murray’s persistence for building her life around education pulled through. She found Perry Weiner, who is the founder of the school, and he felt different to Liz because she felt like she could trust Perry (“Liz Murray” Contemporary). Now that she enrolled, she wanted to turn her life around, so she kept pushing herself to study for school and graduate, which would change her life. Once she finally found the school that accepted her, she didn't have anywhere to do any studying because she was living her life homeless, but none of this stopped her from doing whatever she could to get a good education. “Sleeping on underground trains, park benches, and her friend’s couch, Liz Murray studied for exams anywhere that she could” (Bieber). Liz took compacted classes and ended up graduating within two years, and this was because of her determination to not give up on her dreams. She decided before that she was going to become a straight A student, so she wasn't going to give up. Even though she was homeless, she kept her mind on her goals and was determined to have a better life. Liz was always after an education, but she never gave up even though there were a variety of different obstacles in her way. Knowing this, she didn't let any of that stop her, and she pushed through it all and graduated school. 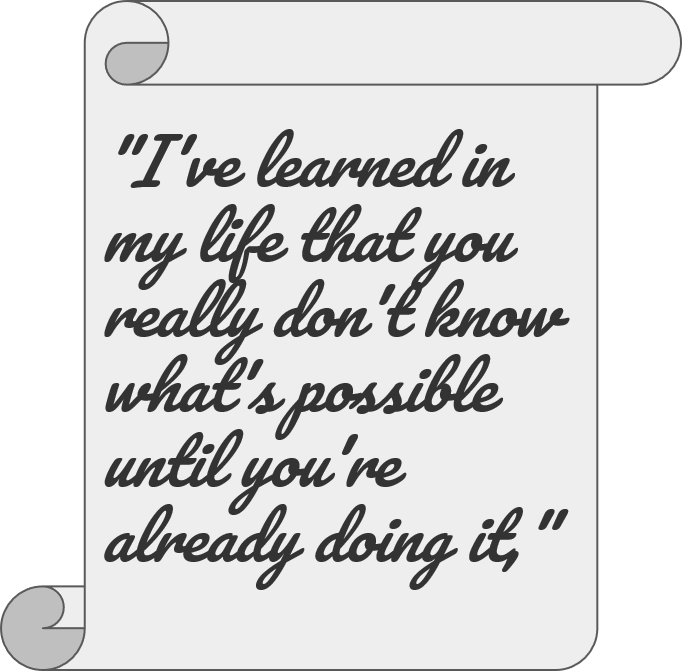 Liz Murray's QuoteOriginal WorkDetermination and responsibility are a couple key aspects when it comes to being a hero. Murray’s story inspired many people to take action on their own goals and to never give up. She was responsible and determined throughout her life and that kept on fueling her to keep on going. Liz never let life’s obstacles get the better of her. She looked at every day as an opportunity of growth (Bieber). One of the most inspiring quotes from her is, “I've learned in my life that you really don't know what's possible until you're already doing it”( “Liz Murray" Authors). Murray inspired me to not be afraid of taking obstacles head-on when they are in the way of my goals and to not give up on them. She changed many minds in the world to let others know that nothing is impossible and something like going from being homeless to graduating from Harvard University is possible. After all the struggles in her life, she still managed to achieve a feat that seemed impossible, as well as become an amazing role model, author, and most importantly, a hero.