by Hridank S. from Montvale, New Jersey in United States

Louis Braille was the helper of the blind and the hero for the hopeless. He had a very interesting background and made many accomplishments in his life. This curious boy was a selfless person who made a mark in history for using his intelligence for the good of others. 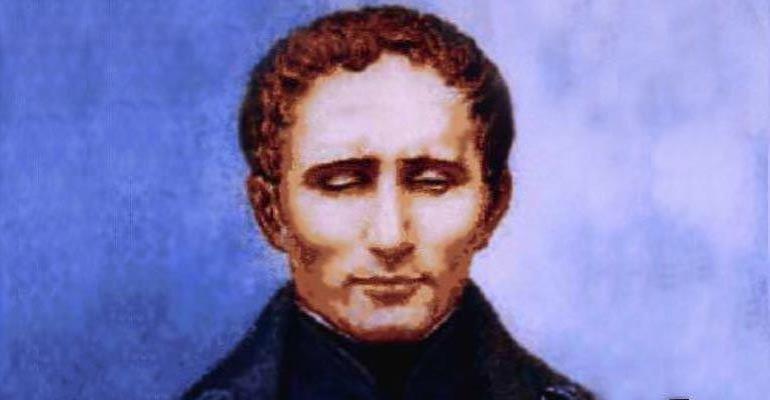 Close your eyes and imagine that every day you wake up, you open your eyes but you still can’t see. Louis Braille had to live with that background since he was three. Louis was born in Coupvray, France, on January 4, 1809. He was the fourth child of Simon-René and Monique Braille. Louis’ family was not rich but they all had jobs. Little Louis’ dad was a harness and saddle maker. Suddenly, when Louis was 3, he was playing with one of his dad’s tools and accidently poked himself in the eye. When Louis was 4, his eyes got infected and poor Louis went blind. However, this was not a setback for Louis because later on, he would become a great person and invent a system that would help the world.

Have you ever had to carry a book that was nine pounds? In Louis’ school and schools around the world, the blind had to trace huge letters to read one word. That meant really long books, and Louis had to accomplish something to stop that. Therefore, when Louis was 15, he created a system of reading that was way easier than the last one-and it took three years to make it! His system contained dots in patterns that meant different letters. In fact, he used the same system and applied it to music! He named his system “braille.” In addition, he published braille for helping the blind. Sadly, Louis died from tuberculosis at the age of 43. By making braille, Louis changed the world and he will never be forgotten.