Award-winning author Madeleine L'Engle died on Thursday, September 6, 2007. A memorial service was held on November 28th, the day before her 89th birthday, at The Cathedral of St. John the Divine in New York City.

by Karen Pritzker - MY HERO Co-founder - from Los Angeles, California in United States

"I love living in an imaginary world..." 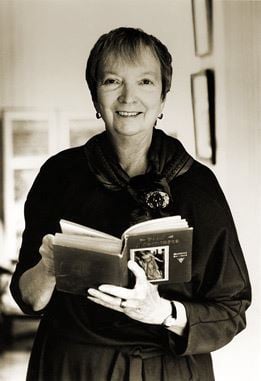 Madeleine L'EngleSquare Fish Books [Fair use], via Wikimedia CommonsMadeleine L'Engle, now almost 80 years old, is most famous for writing the Newberry Award-winning novel A Wrinkle In Time. L'Engle says she is Meg, the heroine of the book; Meg's not belonging and feeling lonely, awkward and put down by her teachers were all things Madeleine L'Engle experienced growing up. "Meg is good at Math, I was hopeless; Meg was bad at English, I was good at that; I had no siblings, Meg had brothers, but everything else is the same."

Maybe because her very imperfect heroine is able to save her family and help save the Earth despite all of her flaws, kids for over 35 years have loved Meg and her creator, Madeleine L'Engle.

Today L'Engle, whom a teacher once called 'stupid,' has nine honorary degrees from colleges and universities, numerous literary awards and has published over 50 books.

The best part about being a successful writer is, she says "getting to do what I love, and not many people can say that." But there are other rewards.

When Madeleine L'Engle is asked about her heroes, she quickly shoots back, "fictional or real?" For L'Engle, fictional heroes like Alice from Alice in Wonderland or Emily from L.M. Montgomery's Emily of New Mooncan be more heroic than real people.Recently, astronaut Janice Voss wrote to Madeleine L'Engle and told her she was taking along A Wrinkle In Time with her on her space mission. Voss wrote that the book had inspired her to pursue a career in astrophysics and become an astronaut even before women could get into the space program. A boy wrote to her that he had loved her books so much that he had encouraged his mother, who did not now how to read, to learn by reading A Wind In The Door.

"I identified with Emily who was an only child with a father who was dying of lung disease, and who had trouble in school." What L'Engle loved the most was that "Emily knew there was more to the world than simply the world of facts. I loved Alice of Alice in Wonderland because she always remained true to herself despite the obstacles thrown in her path." L'Engle admires Sara Crewe from the book A Little Princess (not the movie, which she thinks didn't really tell the true story) because Sara kept her dignity and remained responsible, kind and loving when others were cruel to her. Sara transports herself from her backbreaking work by inventing stories, which is exactly what young L'Engle did when she was lonely.

"I always knew I wanted to be a famous writer, musician, and actress. When I was seven I assumed I would be famous. I did figure out pretty early I wasn't going to be a famous dancer." While her first efforts were, in her words, pretty awful, she kept writing and playing the piano and she did become a professional actress. In fact, L'Engle toured all over the country and on Broadway playing a variety of roles. She was always reading and writing, too, and published her first two novels while she was working as an actress.

Madeleine continued writing after she had retired from the stage, and kept on writing even when publishers were rejecting her books.

"It wasn't a choice to stop writing. I had published six books, and on my seventh, A Wrinkle In Time, I couldn't find a publisher. I received many rejection letters and I used to put the kids to bed and take my dogs and walk them down the long dirt road in front of my house and cry my eyes out. Yet I couldn't stop writing and I kept on writing. I had no choice. I might never get published, but I had to keep writing."

L'Engle finally did publish that book and forty-four more, some for children and some for adults, including poetry, prayer books and memoirs, all different kinds of books for the different things she has to say.

"Kids ask me where I get my ideas from and I tell them that ideas are everywhere--the trick is learning to recognize them," she says. It usually takes her two complete disks to write a book. "I write it on the first disk, and start all over again on the second."

"One of the things I like best about writing is that when there are problems in a book I can resolve them. In life it's not so easy."

Thanks to Farrar, Straus & Giroux, Inc. Book Publishers for use of this material. 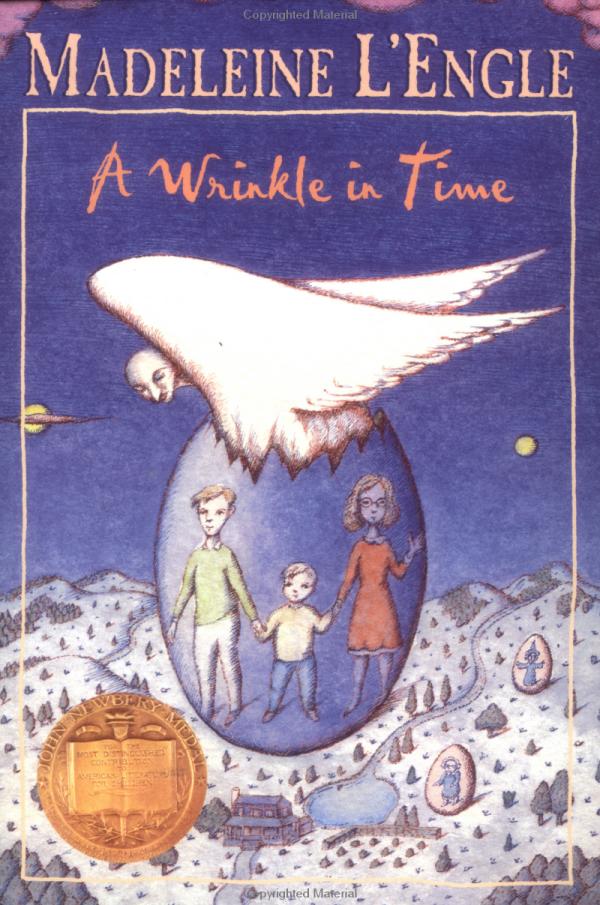 A Wrinkle in Time
Madeleine L'Engle

A Circle of Quiet: A Crosswick Journal
Madeleine L'Engle

Karen L. Pritzker is a co-founder of The MY HERO Project. She is a filmmaker, investor, and philanthropist.