Confucius (551-479 BCE) is the father of Confucianism, a religion that originated in ancient China. Confucius was a great philosopher and teacher who spoke much about life and law. Many of his sayings are used in daily conversation, frequently without realization of where the sayings actually came from.

Like most other religious figures, Confucius started life in humble beginnings. He was born in the year 551 BCE, in the country of Lu, to a poor family. When Confucius was 24 his mother died. He soon after became a teacher, traveling around and speaking to those who would listen.

News of Confucius' wise sayings spread, and many people adopted his philosophies. When Confucius died, temples were built in many cities to honor him. These temples were not used for worship. Rather, they were used as public places to celebrate annual ceremonies. Currently, Confucianism is practiced all over East Asia.

Here are a few of Confucius' sayings:

Please visit these other MY HERO pages on the history of religion or religious heroes: 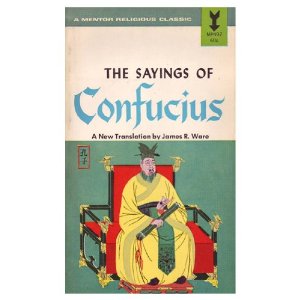