"Malala, The Girl Who Stood Up For Education"

by Leslie Nguyen from San Diego, California in United States

“Heroes represent the best of ourselves, respecting that we are human beings. A hero can be anyone from Gandhi to your classroom teacher, anyone who can show courage when faced with a problem. A hero is someone who is willing to help others in his or her best capacity” (Ricky Martin). By this definition, a hero can take the form of any person who is willing to use their influence to help those in need. More specifically, every ordinary person has the capacity to be a hero; it is the motivation behind their actions that truly distinguishes them from the rest of society as a hero. Those deserving of the title “hero” can be any figure in society regardless of large or small influence. Heroism lies in ordinary citizens that are fighting to improve society, such as a feminist courageously fighting oppression to achieve women’s rights, famous figures who use their influence to devote themselves to a cause and give back to humanity, or in ordinary citizens that are motivated to make a positive change in the world. A hero is not someone who has an influence, it is a person who uses their influence for a greater cause than their self, and is willing to make sacrifices to achieve their goal. Heroes persevere in the face of obstacles, and display courage in times of defeat, never abandoning their goals. Worthy heroes are citizens who use their power to make a positive change in society, devote their life to achieve their goals, and overcome all obstacles that lie in the path of their goals. 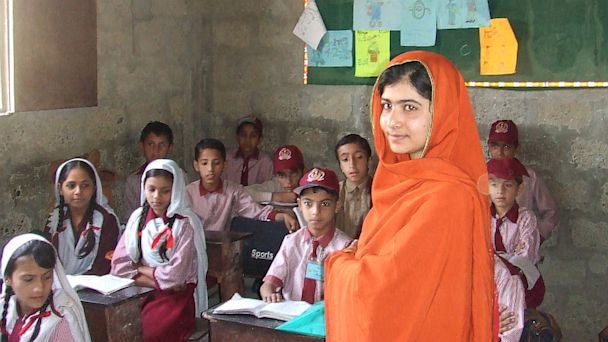 Malala helping out a schoolhttps://s.abcnews.com/images/International/ht_malala_yousafzai_karachi_school_ll_131004_16x9_608.jpg Malala Yousafzai is an example of a citizen who stands true to her goal. She devotes her life to a fight for equal education and uses her power to help girls receive safe education around the world. Malala grew up in Mingora, Swat, where her father guided her to a path in activism for human rights, and it is there where she made the decision to devote her life to a fight for girls’ rights after witnessing the harsh conditions girls face. Growing up in her father’s school, she developed a love and passion for school, as it provided an escape from the harsh realities of Pakistan. She also grew up during a time when a terrorist group, the Taliban, was quickly gaining control of her beloved country. They blew up all girls schools, destroying Pakistan’s historic artifacts and culture, yet no one said anything. Malala was not one of the many who conformed to the Taliban’s strict laws; she was determined to stand up to the Taliban. As a response, Malala began campaigning at age 11, alongside her father, to speak out against the Taliban taking away girls’ rights. Malala and her father were some of the few targeted by the Taliban as a result, but she didn’t let this discourage her. Then came October 9, 2012, the day Malala would face the consequence of her actions: it was the day she was shot. It was a hectic time for Malala and her family, as they had to leave Pakistan behind so Malala could have a chance for survival. Following her full recovery, she was nominated for various awards for her courageous work in girls’ education, including the Nobel Peace Prize, making her the youngest laureate for a Nobel Prize. She even raised $7 million through the Malala Fund, an organization she created with the intent to lead girls to a brighter future. Despite the Taliban’s terrorist act that was aimed toward silencing her, Malala responded with courage and even more determination to achieve equal education. Driven by her love for education, she never abandons her goal, and continues to fight an excruciating battle for her dream. Malala Yousafzai is not defined by the awards she won nor the gunshot she survived; she has earned the title of hero through her selfless devotion to a life of work for equal education and her generous actions in using her platform to fight for peace, equality and education, which inspire others to never abandon their dreams. 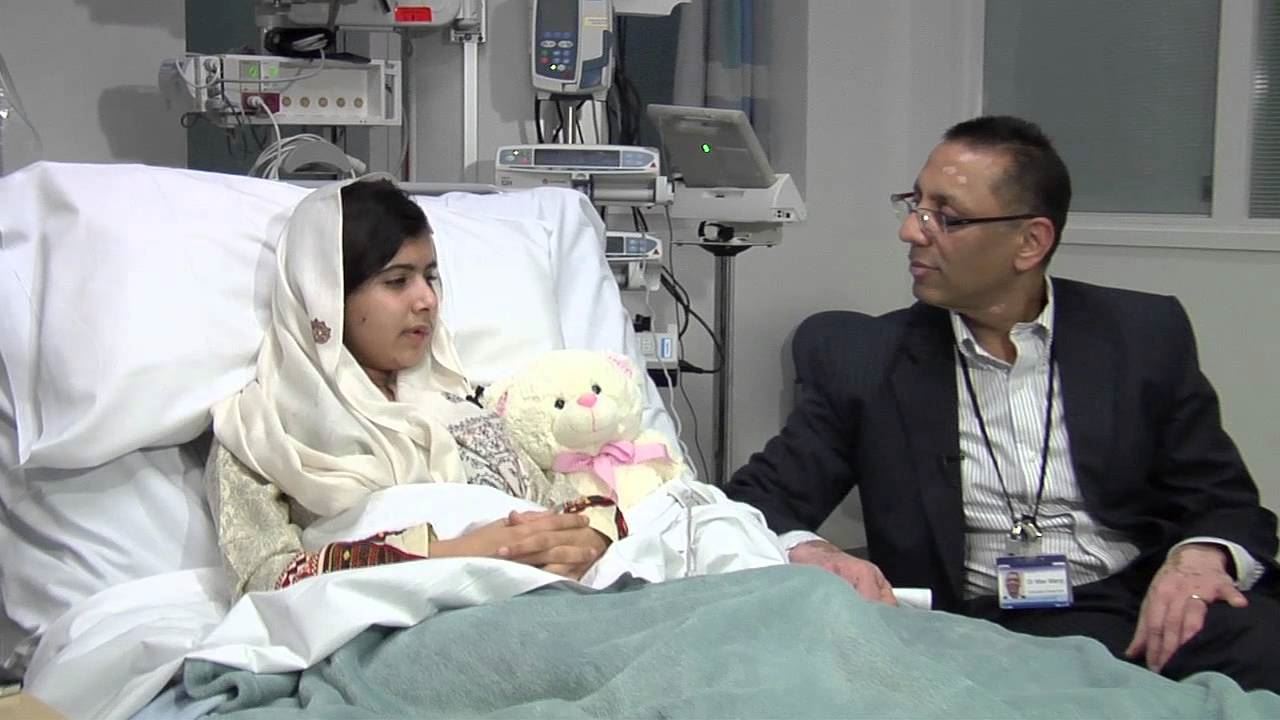 Malala after gunshot attackhttps://i.ytimg.com/vi/9ciHuCqb_V4/maxresdefault.jpgMalala does everything in her power to promote equal education, selflessly devoting her life to the cause despite the obstacles that lie in her path. While Malala was campaigning for girls’ rights, she spoke out against the Taliban, which led to death threats: “I don’t know why, but hearing I was being targeted did not worry me. It seemed to me that everyone knows they will die one day. My feeling was nobody can stop death; it doesn’t matter if it comes from a Talib or cancer. So I should do whatever I want to do” (Yousafzai). Malala knew she was targeted for her work, but she didn’t let the threat of death prevent her from continuing to campaign for equality, as she knew “nobody can stop death.” Nothing stands in Malala’s path to equality, and creating educational opportunities for a better future. Malala’s selflessness in sacrificing her life to achieve her goal is a demonstration of her willingness to overcome all obstacles and devote her life to making a positive impact on society. Unfortunately, the consequence of her indestructible passion resulted in a gunshot attack, and Malala was put into intensive surgery: “Following her complete recovery, Malala Yousafzai was ready to resume her quest for Pakistan to provide its young girls with education” (“Malala Yousafzai Challenges Taliban on Education and Women's Rights in Pakistan, October 9, 2012”). After fully recovering from a fatal gunshot wound, Malala was prepared to “resume her quest,” which demonstrates the importance of her goal for girls education and the devotion that she has for the cause. Malala is on a journey for equal education rights, and won’t rest until she has successfully captured that treasure. All of her effort is put into achieving girls rights to education, and Malala never abandons her goal despite the dire consequences she faces. Malala selflessly commits her life to a fight for equal education and peace, rising above obstacles so that she can improve the future of the world. 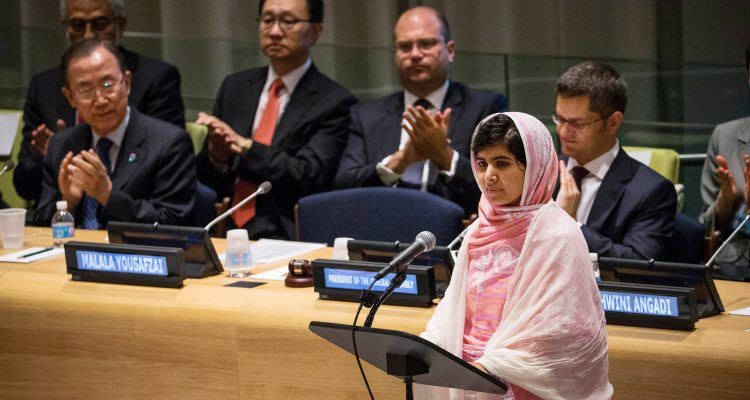 Malala's UN Speechhttps://beinspired.today/wp-content/uploads/2017/01/Malala-Yousafzai-United-Nations-Speech-2013-750x400.jpgMalala works toward equal education by generously using her platform to benefit her supporters and society with peace and equality, rather than to benefit herself. In Malala’s speech to the United Nations, she uses her platform to speak passionately of her goals for improving education rights: “Dear sisters and brothers, I am not against anyone. Neither am I here to speak in terms of personal revenge against the Taliban or any other terrorist group. I am here to speak for the right of education for every child” (Yousafzai). Malala addresses the audience of the speech as “sisters and brothers” which demonstrates the strong love she has for others and reveals that this love causes her to pursue her dream. Rather than respond to the hate crime of the Taliban with more hate, Malala promotes a love-driven fight for education and peace because of her faith in humanity. Having faith in humanity demonstrates her generosity as she uses her resources to give back to the supporters that have given her the voice she has to fight for the education of their children. Malala’s motivation does not lie in greed for success, but as she says in her autobiography, it lies in her dream of helping others: “It wasn’t about the awards or the money. I always prayed to God, ‘I want to help people and please help me do that’...People prayed to God to spare me, and I was spared for a reason--to use my life for helping people”(Yousafzai). Malala’s dream to improve humanity is what drives her to use her increasing influence to help those who don’t have a voice, as she believes the purpose of her spared life is to “use my [her] life for helping people.” To pursue her purpose in life, she utilizes gratefulness for her spared life and generously strives to create a better future for the world, by working to defeat inhumanity, and promoting equal education rights. Malala’s generous nature leads her to utilize her love for humanity and her resources to give back to the society that entrusted their faith in her to create a better future by fighting for equal education rights. 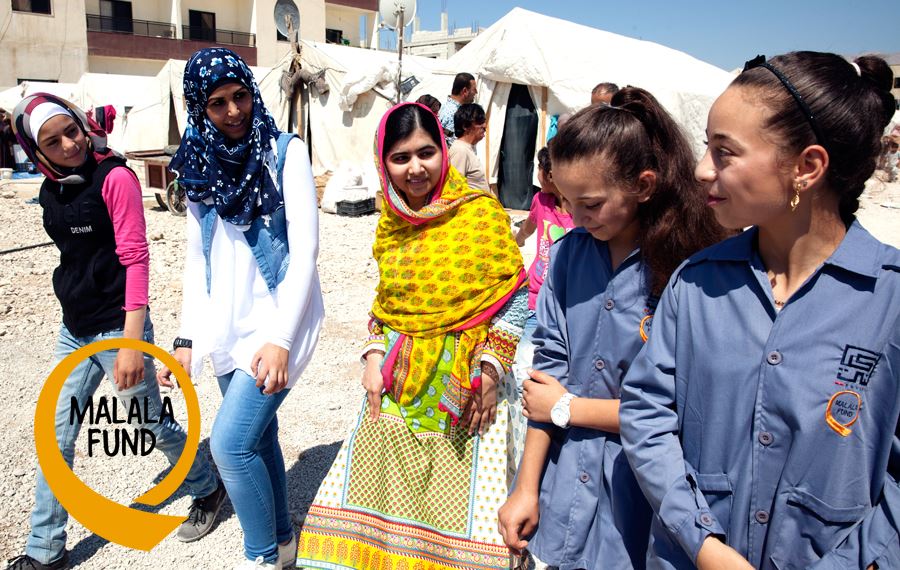 Malala Fundhttps://logpledge.org/wp-content/uploads/2016/05/featured-org-HEADER.jpgMalala proves to the world that she is more than “the girl who was shot by the Taliban.” She fights with devotion and selflessness for equal education and peace, using her influence to speak up for those who have been oppressed by inhumanity. Malala’s devotion to girls’ education led her to dedicate her every thought and action to it, rising above obstacles and never losing sight of her goal. She bravely risked her life to speak out against the Taliban, and faced the consequence of a bullet. Through the incident, she gained recognition, which expanded her platform and the influence she had in the world. Yet she still remains loyal to her goal of helping others and even uses her success to commit to her goal. Her incredible devotion, passion for girls’ education and compassion make her an inspiration. These traits have led her to become an influential figure in history, who has won many awards for her contributions to society, and inspires many to stand up for their own goals. Malala once said: “So let us wage, so let us wage a glorious struggle against illiteracy, poverty and terrorism, let us pick up our books and our pens, they are the most powerful weapons. One child, one teacher, one book and one pen can change the world. ” Malala inspires myself and others because of her incredible courage and passion for waging “a glorious struggle against illiteracy, poverty, and terrorism.” She grew up in a place where women's’ rights were stolen, but refused to accept this, and lashed out against the Taliban by raising her voice to demand her rights and using the most powerful weapon, education, to fight improve society. The strength she exhibits inspires me to stand up for my rights and to never abandon my goals. Her love for education has taught me to appreciate the education I have and to use it to fight against corruption in the world. Looking at Malala, she is just an ordinary girl who had a dream; a dream to help those who are suffering from the cruel plights of the world. Even after she was shot, Malala never abandoned her dream. She responded to the gunman with courage when she could have chosen fear. All of us have the capacity to be a hero, but like Malala we need to stand up for our beliefs and replace fear with bravery to change the world, one person at a time.

Malala Yousafzai: 'Our books and our pens are the most powerful weapons' - This is a transcript of Malala's speech, where she speaks of her goals with her new platform.
Malala Fund - The Malala Fund shares Malala's story and was created with the intent to help girls all over the world receive safe education