by Grace Chen from San Diego, California in United States

"Do not let your fire go out, spark by irreplaceable spark in the hopeless swamps of the not-quite, the not-yet, and the not-at-all. Do not let the hero in your soul perish in lonely frustration for the life you deserved and have never been able to reach" (Rand 979). In Ayn Rand’s novel Atlas Shrugged, she encourages her readers to bring out the hero in themselves and have the passion and courage to achieve their personal goals. Everyone has the potential to become a hero, but only the ones with great virtues and determination can make an impact and become a true hero. Heroes are the people who take action and influence the world in a positive way. In my eyes, people who helps other people out of the goodness of their heart is a hero. I believe that a hero is someone who is admirable and fights for what they believe in; someone who is passionate about what they love and has the courage to chase their dreams. 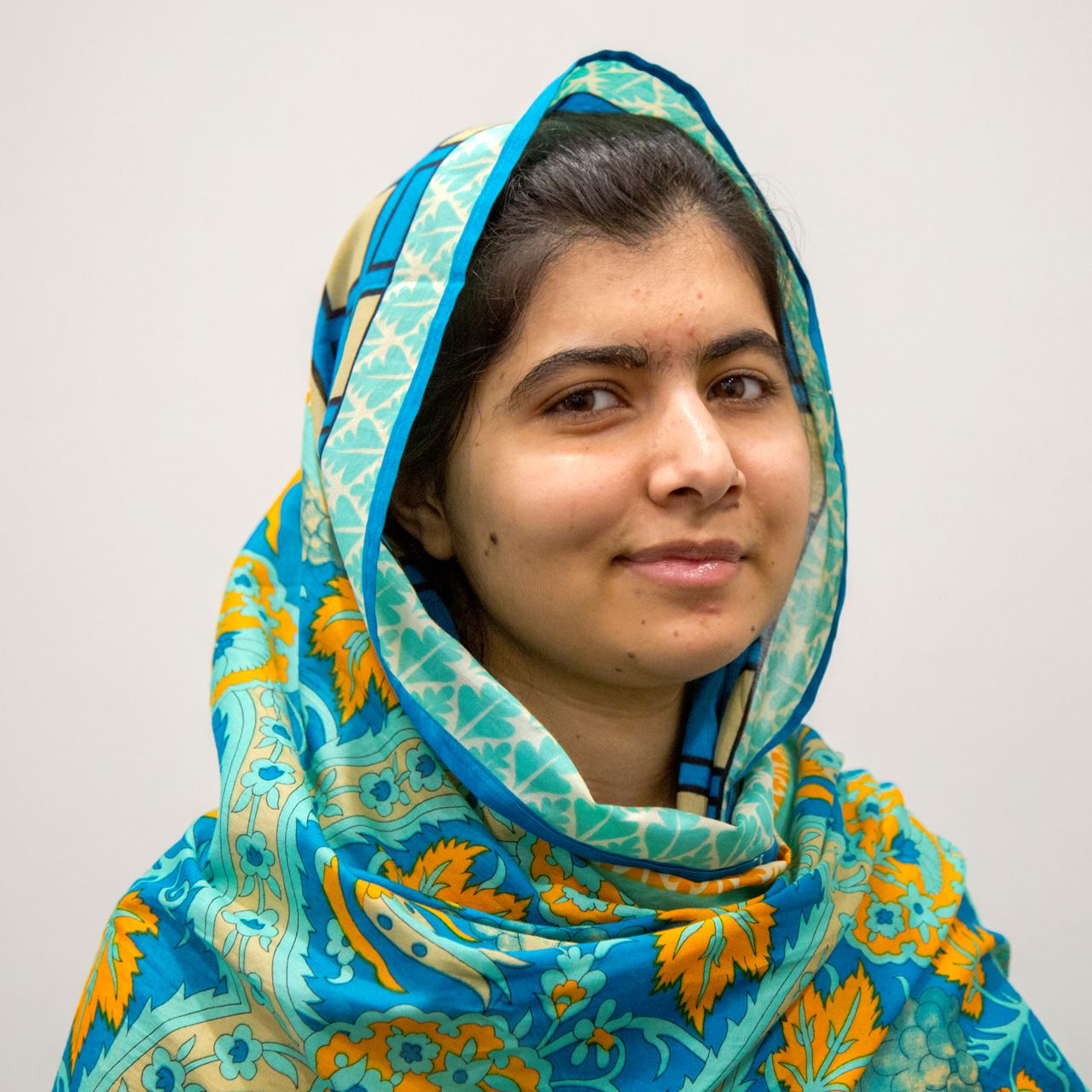 Malala Yousafzaihttps://en.wikipedia.org/wiki/File:Malala_Yousafzai_2015.jpgA prime example of a hero is Malala Yousafzai, a role model who has fought for the education of many children around the world. Malala Yousafzai is a young girl born on July 12, 1997 who grew up in a peaceful village in Mingora, Pakistan. She was always at the top of her class and loved to learn, and she believed that women were not always meant to be married off and become housewives; she wanted to gain a good education and become a doctor instead. When the Taliban took over her village and took away women’s right to schooling, she and a few other girls continued to attend school. She spoke up against them and started a campaign for girls’ education, which was to give all girls around the globe twelve years of education. She was shot by the Taliban as a result of her activism, but with great courage, she continued to fight for her rights after recovering. A worthy hero must have passion and courage. Passion is the empowerment of an emotion that allows one to do what they are passionate about. Courage is fearlessly completing something that may be challenging. After the attack on Yousafzai, her passion for the education of women and children and her courage to stand up for all children without education was recognized by people all around the world, and they gave her the title of a worthy hero. She became the youngest laureate of the Nobel Peace Prize and even wrote her own biography, spreading inspiration through her astonishing story. Malala Yousafzai is a young woman who changed the world and gave inspiration to many others through her passion for education and immense courage, making her the epitome of a hero. 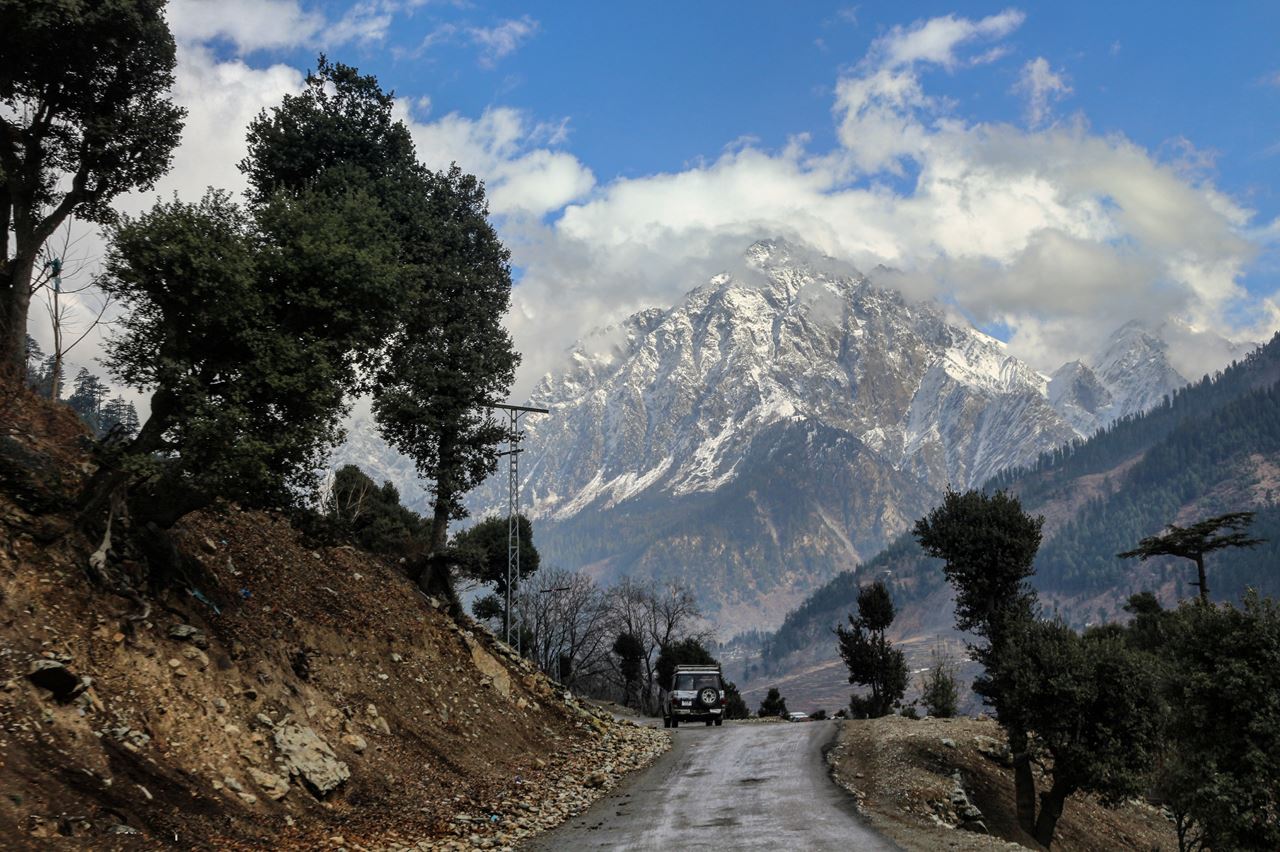 Swat Valley, Mingorahttps://commons.wikimedia.org/wiki/File:Kallam,_Swat,_Pakistan.jpgYousafzai’s courage to speak up for what she believes in makes her a hero. When she lived in Pakistan, where terrorism was still alive and all around her, her father was hesitant about letting her campaign for girls’ education after a death threat from the Taliban, but she told him that she would not give up: “‘Aba,’ I said. ‘You were the one who said if we believe in something greater than our lives, then our voices will only multiply even if we are dead. We can’t stop now.’” (Yousafzai and McCormick 119). Yousafzai believed that fighting for the education of young girls was something so important to her that she put it above her own safety when she said that “our voices will only multiply even if we are dead”. Even when threatened with death, she chose to keep her voice loud and clear and continue speaking about the significance of girls’ education. Yousafzai proved her role as a hero, having tremendous the courage to keep leading her campaign for girls’ education despite death threats. In another part of her Nobel Peace Prize Speech, she describes what terrorism was like and the choices she had to make: "Education went from being a right to being a crime. Girls were stopped from going to school. When my world suddenly changed, my priorities changed too. I had two options. One was to remain silent and wait to be killed. And the second was to speak up and then be killed. I chose the second one. I decided to speak up" (Yousafzai par. 20-24). After going through the horrors of constantly being surrounded by terrorism, where the Taliban made girls’ education a crime and publicly murdered people that disobeyed their orders, Yousafzai still chose to speak up against the terrorists. Even though she knew there was a good chance she could be killed, she had a greater goal in mind, which was to bring awareness to the children who were deprived of an education and help children who were not given the opportunity to receive an education. Her courageous action of speaking up for what she believes in amidst all the terrorism makes her an admirable hero. The Taliban’s threats turned into reality when they shot Yousafzai on her way home from school, but even after almost facing death, she was not afraid to keep on supporting girls’ education: “I told myself, Malala, you have already faced death. This is your second life. Don't be afraid — if you are afraid, you can't move forward” (Yousafzai 151). Although she was scared, she told herself to move on from it, and eventually had the courage to keep campaigning after her recovery. Not many people would have the courage to keep fighting for what they believe in after almost being killed because of it, but Malala Yousafzai’s passion for girls’ education and determination to help them get the education they deserve helped her regain the courage to fulfill her purpose: helping children without proper education get the education they need. Malala Yousafzai’s courageous actions in spite of the terrorism around her display her heroism. 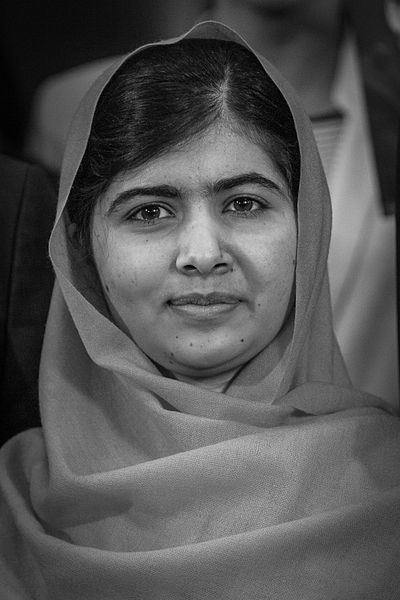 Photograph of Malala Yousafzaihttps://commons.wikimedia.org/wiki/File:Malala_Yousafzai_par_Claude_Truong-Ngoc_novembre_2013.jpgMalala Yousafzai’s heroism is shown by her great passion for the education of children and women. After Yousafzai fought for children’s and women’s rights and she was awarded the Nobel Peace Prize in 2014, and in her speech she said: “I am here to stand up for their rights, to raise their voice… it is not time to pity them. It is not time to pity them. It is time to take action so it becomes the last time, the last time, so it becomes the last time that we see a child deprived of education” (Yousafzai par. 10). On behalf of the many children and women without proper schooling, Yousafzai galvanized the audience to take action and help these children rather than just showing sympathy. She made sure every child and every girl receives schooling. She used that passion and worked as hard as she could to achieve great things for children and women who were stripped of their education rights, making her a hero to them. In an interview, Yousafzai talked about finding her purpose after the attack from the Taliban: “...going through all these situations in my life, I’ve learnt that, now surviving that attack, this life is for a purpose and that is for the education of children. It’s only 70, 80 years that we live, and why not live it for a good purpose?” (qtd. by UN News). The attack made her realize that life is short, and it can also be meaningless if it nothing good for the world is achieved during that short lifetime. She believes that her survival was a chance for her to help children gain the education they deserve, and she also came to realize that the purpose of her life was to help all children have an education. Yousafzai’s passion for education made her determined to live with a purpose and help children all over the world receive a proper education. Through her love and passion for education, Malala Yousafzai’s shows true heroism.

Malala Yousafzai is a true hero and an inspiration to many because of her passionate and courageous character. She is empowering to many others out there that have heard her story and she has inspired a countless of people to speak up for what they believe in and change the world little by little. She is a role model for children all over the world, teaching them how to have passion for something they truly love and to have the courage to use their voice and make it heard. Malala Yousafzai has taught me to appreciate my education and my exceptional schooling environment. I have learned that having an education is a privilege that many people do not have. I have always taken school for granted, something that I was guaranteed. I have come to cherish my schooling after hearing Yousafzai’s story and can’t imagine what my life would be like if I did not have an education. Malala Yousafzai has inspired me to support girls’ education and give to charities that support the education of children all around the world. Even though I have not done as much for women’s and children’s education as Yousafzai, I hope that I am also changing the world little by little. In the end, a hero is not someone who has the qualities of fame, wealth, or power, but someone with good virtues that makes the world a better place with their passion and courage, even if it is just a tiny change. Everyone has a hero in them, everyone has the spark inside them that guides them to change the world and make it a better place. If you follow your heart and light up that spark, you will unveil the hero inside you.

Malala Fund - Malala Fund is a project that is helping give back to girls what poverty, war and discrimination. You can make a donation on this website.
Malala Yousafzai's Nobel Lecture - This is the speech Malala gave when she received the Nobel Peace Prize.